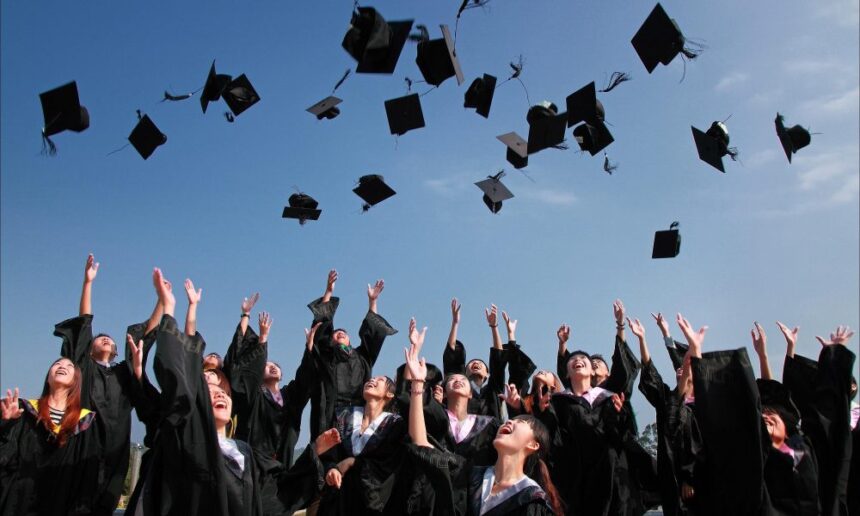 The governor of New York announced on Monday that the state has awarded $5 million in funding to community colleges to support the development and improvement of courses and programs specifically meant to help people secure jobs in the marijuana industry.

With the state set to launch adult-use cannabis retailers later this year, Gov. Kathy Hochul (D) said that the short-term funding initiative will help meet industry demand for a skilled workforce, and it will also support the administration’s mission of ensuring that there’s equity in market opportunities.

The money will be used for non-degree and degree-eligible courses and programs, in addition to stackable credentials and microcredentials that will be designed to help local marijuana businesses find qualified candidates in the burgeoning industry.

“New York’s new cannabis industry is creating exciting opportunities, and we will ensure that New Yorkers who want careers in this growing sector have the quality training they need to be successful,” Hochul said in a press release. “Diversity and inclusion are what makes New York’s workforce a competitive, powerful asset, and we will continue to take concrete steps to help ensure everyone has the opportunity to participate in the cannabis industry.”

The news release also says that colleges will serve social equity candidates as defined under regulations by the Office of Cannabis Management (OCM). Additionally, institutions that receive the funds will need to work with local marijuana businesses in their communities to help inform their individual cannabis curricula.

“As we work to get our cannabis industry up and running in New York State, we must ensure that we have a properly trained workforce and a pathway for employment opportunities,” Lt. Gov. Antonio Delgado (D) said. “This funding will ensure that SUNY and CUNY can create new or enhance existing programs that target employment within the cannabis industry.”

As we work to get our cannabis industry up and running in NYS, we must ensure that we have a properly trained workforce and a pathway for employment opportunities. https://t.co/FeugJFeHhT

Through the initiative, OCM and the state Department of Labor (DOL) will be tasked with connecting job seekers and businesses to the community college training programs. After people complete the programs, DOL will further assist candidates with completing resumes, job interview preparation and promoting regional career opportunities.

DOL Commissioner Roberta Reardon added that “by investing in quality accreditation programs on SUNY and CUNY campuses, we are empowering New Yorkers to achieve their career goals.”

“This is a win for cannabis employers and a win for workers looking to move into in-demand careers with untapped potential in New York State,” she said.

The educational investment comes at a critical time, with regulators working expediently to develop and implement rules for the marijuana market, which they plan to launch at the retail level by the year’s end.

NEW: @GovKathyHochul announced funding for @SUNY and @CUNY to develop educational programs to train the state’s workforce and create pathways for employment opportunities in the cannabis industry.https://t.co/0jSBqHS0f6

Just last week, regulators approved rules that will set the state up to begin accepting cannabis retail applications from people disproportionately impacted by the drug war. Those applications could open up as soon as next month.

The Cannabis Control Board (CCB) also signed off on a mockup of the conditional adult-use retail license application, as well as revised regulations for the state’s medical marijuana program.

In order to qualify for a conditional adult-use marijuana retail license, applicants must have faced a conviction for a cannabis-related offense prior to the enactment of legalization in the state, or have a direct relative with such a conviction, and they must also have experience operating a qualifying business.

Separately, OCM also recently publicized dozens of cease and desist letters that they have sent to businesses accused of illegally selling marijuana as the state prepares to launch its adult-use market.

As it stands, adults 21 and older can possess and publicly consume cannabis, as well as gift marijuana to other adults as long as they aren’t being compensated.

During April’s CCB meeting, regulators also approved revised regulations to allow medical marijuana patients to grow their own plants for personal use following a public comment period on initial rules that were proposed last year.

In general, the rule would allow registered patients and caregivers to grow up to six plants, only three of which could be mature. They could possess up to five pounds of cannabis derived from those plants, which is consistent with the state’s adult-use legalization law.

Meanwhile, New York lawmakers recently sent a budget proposal to the governor’s desk that includes provisions to let marijuana businesses take state tax deductions that are available to other industries despite an ongoing federal ban on cannabis. That was signed into law.

Hochul has repeatedly emphasized her interest in efficiently implementing the legalization law.

The governor released a State of the State book in January that called for the creation of a $200 million public-private fund to specifically help promote social equity in the state’s burgeoning marijuana market.

That proposal was also cited in the governor’s executive budget, which was released in January. The budget also estimated that New York stands to generate more than $1.25 billion in marijuana tax revenue over the next six years.

Hochul said that while cannabis business licenses have yet to be approved since legalization was signed into law last year, the market stands to generate billions of dollars, and it’s important to “create opportunities for all New Yorkers, particularly those from historically marginalized communities.”

To that end, the new educational initiative that the governor unveiled on Monday is meant to support that goal.

“I am thankful to Governor Hochul and our partners at SUNY and CUNY community colleges for developing programs that will help develop a diverse, equitable and accessible New York cannabis industry,” CCB Chair Tremaine Wright said. “As our cannabis industry grows, so does our need for skilled workers, and this is a wonderful way to create opportunities for New Yorkers.”

“This cannabis credentialing program is an exciting new field of study for those seeking a competitive edge when applying for careers in dispensaries, grow labs, or CBD and THC sales,” she said. “We thank Governor Hochul for her continued investments in our students and the future of the New York State economy.”

Meanwhile, OCM has also been putting out PSAs to promote public education about the marijuana policy change, including a first-of-its-kind taxpayer-funded marijuana ad that aired in most of New York during an NBA Finals game last month. The PSA boldly addressed the racially discriminatory harms of cannabis criminalization and highlighted steps that state regulators are taking to right the wrongs of prohibition.

CCB also wants the opportunity to showcase its marijuana PSA campaign on the social media app TikTok, but it was told by the company previously that it could not use the platform because of its existing ban on the use of the word “cannabis.” The department recently sent a letter to TikTok, requesting a policy change for government marijuana-related ads that concern public education.

Here are some other ways that New York lawmakers and regulators are working to promote drug policy reform as the state prepares to implement retail marijuana sales:

The New York Senate approved a bill last month that would require public health insurance programs to cover medical marijuana expenses and clarify that private insurers are allowed to do the same.

Both chambers of the state legislature have passed a measure to encourage businesses to use hemp materials for packaging, construction and other industrial purposes. After final procedural steps, the measure will be on its way to the governor.

DOL separately announced in recent guidance that New York employers are no longer allowed to drug test most workers for marijuana. Even prior to the enactment of legalization, New York City officials had established a local ban on pre-employment drug testing for cannabis.

A recent legal directive from the New York City Law Department (NYCLD) has put police and firefighter drug testing policy in the spotlight after a document that was leaked from the New York Police Department (NYPD) signaled that officers would no longer be subject to pre-employment, random or scheduled screening for cannabis because of the legal analysis.

A firefighters union claimed credit for the new directive, saying that it was responsive to inquires that it made to the city. The New York Fire Department (NYFD) said last week that updated drug policy guidance would be issued in the next within 14 days.

Separately, the mayor of New York City says he’s looking into the idea of authorizing marijuana to be grown in greenhouses on the rooftops of public housing buildings—an ambitious proposal that’s unlikely to sit well with the federal government, which provides funding to support the NYC Housing Authority (NYCHA).

A New York senator filed a bill in May that would legalize what would essentially be licensed community marijuana gardens for people who aren’t able to cultivate cannabis at their own homes.

Also that month, a New York Assembly committee advanced a bill to establish a statewide safe consumption site program, allowing regulators to authorize facilities where people could use currently illicit drugs in a medically supervised environment.

Meanwhile, a New York lawmaker introduced a bill last year that would require the state to establish an institute to research the therapeutic potential of psychedelics.

Another state legislator filed legislation in December to legalize psilocybin mushrooms for medical purposes and establish facilities where the psychedelic could be grown and administered to patients. 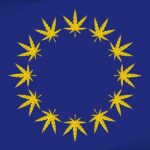 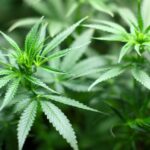