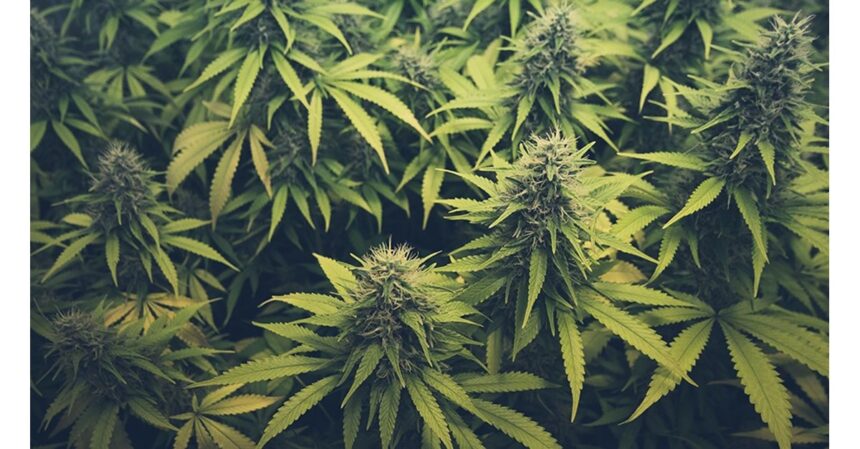 Cannabis operators across the U.S. have largely applauded the president’s steps toward federal cannabis policy reform, particularly the review of how cannabis is scheduled.

As a Schedule I drug under the CSA, passed in 1970 under President Richard Nixon, cannabis is classified as having no accepted medical use and a high potential for abuse. Other examples of Schedule I drugs include heroin and LSD.

“What the president did is absolutely historic,” says John Sullivan, EVP of Public Affairs for multistate operator Cresco Labs. “Most people are talking about 6,500 pardons, which is a great thing, … but it really buries the lead. The lead of the story is the sitting president of the United States instructed the Department of Health [and Human Services] and the attorney general to reconsider how cannabis is scheduled.”

When it comes to reviewing cannabis’s listing as a Schedule I substance, specifically, cannabis business owners are cautiously optimistic.

“Given the breadth of medical-use programs across the United States, it has become obvious to the majority of Americans that this designation is inaccurate and damaging,” says Khari Edwards, head of corporate responsibility for multistate operator Ayr Wellness. “This review and the potential to change the status of cannabis in terms of where it falls under the Controlled Substances Act is a multi-faceted and complex issue. But it is clearly one that is overdue to be taken up, with the ultimate goal of establishing more sensible laws around cannabis that are just and equitable.”

Nearly three-quarters (72%) of U.S. adults support changing how cannabis is classified under federal law and removing it as a Schedule I drug, according to a recent USA Today/Ipsos Poll.

Many industry stakeholders see descheduling as the best-case scenario, as rescheduling under the CSA would continue to complicate compliance between federal and state laws.

Julia Jacobson, CEO of Aster Farms, echoes Rines’ sentiments and agrees descheduling is the most ideal outcome for the industry.

“We want to see it be descheduled,” Jacobson says. “Descheduling, even if it seems like an enormous step, and it is for us operators, it’s a small step in the longer journey and fight towards actual federal legalization and actual interstate trade. We’re excited and optimistic that cannabis will be descheduled.”

Jacobson says the benefits of descheduling cannabis will be many, including notably the allowance for cannabis operators to bank with federal institutions.

“The ability to get loans from a bank would be enormous if cannabis gets descheduled,” she says. “As a small operator, if you could get your cost of goods sold on a credit card, that’s a gamechanger when you can start to turn around your harvest and your yield and your profit.”

George Archos, founder and CEO of multistate operator Verano, says either rescheduling or descheduling would be significant for the industry but, like Rines and Jacobson, he would prefer cannabis be descheduled.

“Ideally, we would like to see cannabis completely descheduled and removed from the Controlled Substances Act, which would establish federal recognition and legality to existing state cannabis programs and pave the way for conducting important research studies,” Archos says. “Once removed from the CSA, cannabis companies of all sizes would gain access to traditional capital and banking resources and credit card transactions, just like any other legal business.”

Rines says descheduling would ultimately allow cannabis to be taxed, distributed and audited like tobacco or alcohol. He adds that rescheduling of cannabis would “open up a slew of new questions and concerns” that could be avoided by descheduling it.

“We would like to see descheduling over rescheduling because any rescheduling of cannabis still places it in categories of substances that nearly universally require a doctor’s prescription and I am not aware of another scheduled substance that has a permitted recreational or adult use in the U.S.,” Rines says. “Moreover, we believe that organizations like the [Bureau of Alcohol, Tobacco, Firearms and Explosives] (ATF) have the systems and processes in place to accommodate the cannabis industry at scale.”

With some form of medical cannabis legal in 40 U.S. states and adult-use legal in 19—and with five states voting on adult-use cannabis legalization measures on Election Day—it remains to be seen how federally rescheduling or descheduling cannabis will impact these state-legal programs.

Regardless of the outcome between rescheduling or descheduling cannabis, Anna Shreeve, president of Seattle-based dispensary The Bakeréé, says a number of regulatory wrinkles will still need to be ironed out between local, state and federal governments.

“Best-case scenario, HHS and the FDA come to a science-based conclusion on the rescheduling or descheduling of cannabis based on research data,” Shreeve says. “While the recommendation could potentially move the needle, there are financial forces and state-by-state acceptance which could pose a rocky road. The complications of logistics, taxation, state-by-state compliance and diversion will require a deep analysis and thoughtful solutions.”

Jacobson points to taxation, specifically, as an area that will be difficult to align between different levels of governments across different states. She notes the differences between taxation programs in California and New York, for example, the two states where Aster Farms has licensed cannabis operations.

“Every state has a different tax basis and formula; New York is taxing on potency [while] California taxes based on what the county wants to do – square footage of this, square footage of that,” she says. “So, it’s going to be complicated to start to stitch the country together.”

Sullivan says the state-regulated systems will likely continue operating as they are now until the federal government decides how to tack on its own layer of regulation, which he hopes will leave state programs intact while also allowing interstate commerce.

“We’ll get into this world of where certain states want to export,” he says. “California, Oklahoma, Oregon [and] Washington have a lot of cannabis in their states, and certainly I think they’d love to export it. And then you’ll have new states like New York and Maryland and the East Coast states that are like, ‘Hold on a second, we’re not sure yet,’ and then you’re going to get … the states that had nothing [legalized] that are like, ‘I’m not sure we ever want cannabis in our states.’ So, I anticipate a pretty robust dialogue around [lawmakers], like, ‘We like our program and our state, [and] it’s been too many years.’”

“But even if federal legalization happened today … logistically, [interstate commerce] is not going to happen for at least a couple years,” Jacobson says.

The potential removal of IRS Code section 280E through rescheduling or descheduling would also prove a major positive for operators across the industry. Under current federal regulations, plant-touching cannabis businesses are restricted from using common deductions and credits that non-cannabis businesses utilize to reduce tax liability.

Rines says allowing the cannabis industry to take advantage of the same tax code incentives and loopholes that other industries have benefited from, as well as allowing cannabis businesses to process credit card transactions and access banking services, would help the industry thrive.

“The cannabis industry often gets called out for cutting corners or paying employees less than is ideal,” Rines says. “If cannabis were descheduled or rescheduled, and the 280E portion of the tax code no longer applicable, cannabis companies could afford greater investment in safety equipment and make employee wages more competitive because part of those expenses could be written off, like most other U.S. industries. Further, the rescheduling and descheduling of cannabis would benefit consumers because, in addition to further removing any stigma and opening of cannabis to medical trials and studies, consumers would see prices come down as cannabis companies avail themselves of tax deductions to help drive costs down.”

Archos is also looking forward to potential tax reform that rescheduling or descheduling would bring.

“Removing the barrier of 280E is necessary for all cannabis companies to succeed, especially for smaller operators and entrepreneurs looking to gain entry into the industry,” he says. “We believe the success of the industry depends on all boats rising—including social equity, small and large operators—to ensure legal regulated cannabis continues to grow and thrive in a post-prohibition United States.”

Rescheduling or descheduling cannabis would also allow operators to list on U.S. stock exchanges, a practice that has been prohibited due to federal law.

“For a public company like Verano, rescheduling or descheduling cannabis would also enable the possibility of uplisting to a major United States exchange, which we have been preparing for in anticipation of further positive momentum on the legislative and regulatory front,” Archos says.

And while 280E is burdensome for all cannabis operators, it’s especially burdensome for smaller operators who can’t afford to operate in the red for years at a time, according to Jacobson.

“What you see with the regulatory framework today is, at a state level, larger groups—MSOs, single-state operators—are already overtaking the small operators,” Jacobson says. “So, I don’t think the loans you’ll be able to get and the relief you’ll be able to get from [removing] 280E will disproportionately help the big guys any more than all the rules already today are disproportionately helping the big guys. It’s just the next phase of it.”

The worst-case scenario, from Rines’ perspective, is cannabis remaining in what he calls a “political loop,” with cannabis itself not rescheduled or descheduled while cannabis convictions remain standing.

“Think of the 2018 Farm Bill and what it was intended to do for the CBD and hemp industry,” he says. “Unfortunately, little has materialized here, mainly due to the FDA’s relative inaction, and questions still abound around when and how CBD or hemp might be used in edibles or why hemp-derived CBD is not yet treated as a supplement.”

While the timeline of any potential federal cannabis reform remains unclear, Shreeve is adamant the federal government needs to do its due diligence before making any sweeping decisions.

“The administration needs to focus on facts, finances, and job creation in an emerging multi-billion-dollar industry,” Shreeve says. “Yes, we need reparations for those incarcerated. Yes, we need social equity licensing structures in states with ethnic diversity. However, what we really need is for our government to fully address the impact of [cannabis] on our society and its ability to lift up the financial futures of small businesses and communities of color, creating generational wealth for many versus the few.” 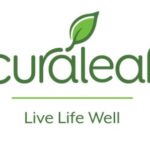 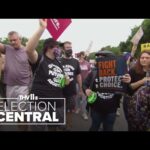