Several ancient societies burned hemp during funeral ceremonies. What better way to part with the dead than by getting hella faded?

Nowadays people tend to associate the cannabis plant with Mexico, and for good reason. For decades, narcos smuggled their harvests into the United States and Europe. Along with California, Mexico is known to produce some of the finest cannabis in the world. The states of Sinaloa, Nayarit, Jalisco, Michoacán, Guerrero, Oaxaca, Chihuahua, Sonora, and Durango—where the largest farms are located—all have climates that are perfect for cultivating cannabis: year-round temperature ranging between 70 and 85 degrees Fahrenheit, with cool, long nights and low humidity.

But long before cannabis was introduced to—and became synonymous with—the New World, it was being cultivated in the lands of Central Asia. Initially, though, the cannabis or hemp plant was grown not for its leaves but for its stems, which could be processed into a strong and durable rope.

Excavations reveal that humans have been using hemp rope since the Neolithic age. The earliest evidence for burning cannabis, meanwhile, dates back to 3,500 BC, and is attributed to the Kurgans of modern-day Romania. This Proto-Indo-European tribe probably burned the plant as part of their rituals and ceremonies, a practice that spread eastward as its practitioners migrated. Why the Kurgans burned cannabis is difficult to say. They may well have discovered the plant’s psychoactive properties by accident, only to find that the smoke heightened their connection with all things spiritual.

The earliest evidence for smoking cannabis comes from the Pamir Mountains in western China. There, in 2500-year-old tombs, researchers discovered THC residue inside the burners of charred pipes that were probably used for funerary rites. (Similar pipes, dated to the 12th century BC, were later found in Ethiopia, left there by a separate culture). These devices, compared to pyres, would have yielded a much stronger high. Given their placement inside a crypt, however, it’s safe to say they were used only ceremonially, not recreationally.

Some scholars have argued that cannabis was an important ingredient of soma, a ritual drink concocted by the Vedic Indo-Aryans of northern India. Described in the Rigveda, a collection of ancient Sanskrit hymns, soma was made by extracting juice from an unknown plant. When taken in small doses, soma was reported to induce a feeling of euphoria. In higher doses, it caused people to see hallucinations and lose their sense of time. All three of these effects have been ascribed to cannabis, but even if cannabis was not the main ingredient of soma, it may have been combined with psychedelics such as psilocybin, a.k.a. magic mushrooms.

Aside from rope, cannabis was most often processed into medicine. When the Hindus of India came down with a case of “hot breath of the gods,” healers treated the illness with cannabis smoke. The logic behind this treatment was not exactly scientific; cannabis was thought to possess healing powers because it was the favorite food of the supreme godhead Shiva, also called “Lord of Bhang.” In reality, cannabis would have been able to reduce fevers because its active ingredient, THC, works on the hypothalamus to lower body temperature. 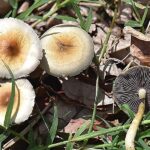