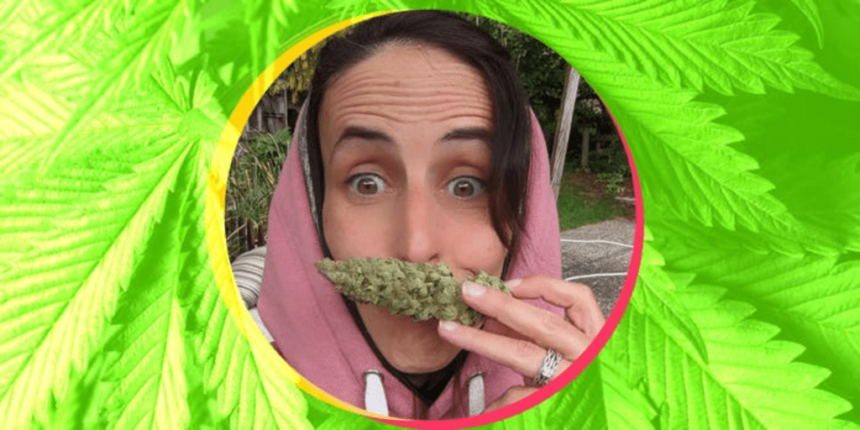 When Amanda Rogers had to shutter her daycare because of COVID-19, she started having trouble sleeping. She experienced heightened anxiety and panic attacks as the future of her business became uncertain. In an attempt to mitigate this mounting stress, Rogers turned to cannabis.

Having tried cannabis in her 20s and finding its effects unappealing, Rogers was skeptical. Nevertheless, the Washington state resident took up smoking regularly again in 2020, and she couldn’t believe the health benefits.

“I was medicating. I wasn’t just consuming,” Rogers said.

As a mother to a 10-year-old son and an early childhood educator, Rogers knew that—in the eyes of many—her cannabis use was not conducive to her career in childcare.

“I can’t be the only mom that consumes pretty regularly and owns a business and kicks ass,” she said. “But, in the eyes of a lot of people, especially in childcare, that’s a big ‘no.’”

So, Rogers set out to connect with other “cannamoms” and normalize the use of cannabis to other parents. She started a TikTok account (@momsteaandcannabis) and began creating content. She posts infographics, debunks myths around cannabis and parenting, and shares her own stories all in an attempt to educate and connect with her audience. Since creating the account in late 2020, she’s garnered more than 10,500 followers. However, as her follower count steadily grew, so did the number of penalties TikTok lobbied against her.

TikTok’s community guidelines expressly prohibit, “Content that depicts or promotes drugs, drug consumption, or encourages others to make, use, or trade drugs or other controlled substances.” Cannabis is classified as a Schedule I drug in the United States, grouping it with the likes of heroin, MDMA, and other drugs designated to have a high potential for abuse with no federally-recognized medicinal benefit. While content creators know this not to be true of cannabis, its categorization as a controlled substance allows for bans across social platforms.

TikTok is not the only platform with strict rules around cannabis, but it’s become one of the most vigilant in removing content deemed to violate guidelines. Washington legalized recreational sales and use of cannabis in 2012, and all of Rogers’ posts are legal from a state standpoint.

Still, Rogers’ account has fallen victim to TikTok’s content purges. She says she’s been “shadowbanned” countless times. She’s been left without the ability to comment on others’ posts or live stream on her own account. Rogers cited peers who’ve had accounts shut down entirely and had to turn to backup profiles to continue posting.

In one of TikTok’s recent content sweeps, it banned the hashtag #cannamom. Just weeks ago, a click on the tag would reveal thousands of videos. The hashtag allowed cannamoms to find each other on the platform.

“A hashtag is important because that’s how you group people together,” Rogers said. “They’re separating us because they know that we’re louder in numbers.”

Amanda Leedur from Florida employs hashtags on her posts, too, to connect with other creators. Leedur is also a self-described “cannamom” who’s racked up more than 145,200 followers on the TikTok account (@boringmom420) she created in November 2020.

“I really just want to end the stigma around smoking weed,” she said. “Everyone thinks it’s this terrible thing and you can’t get anything done if you’re a stoner, and it’s not like that at all. It’s how I function.” 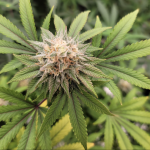 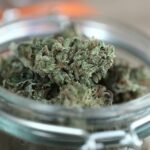