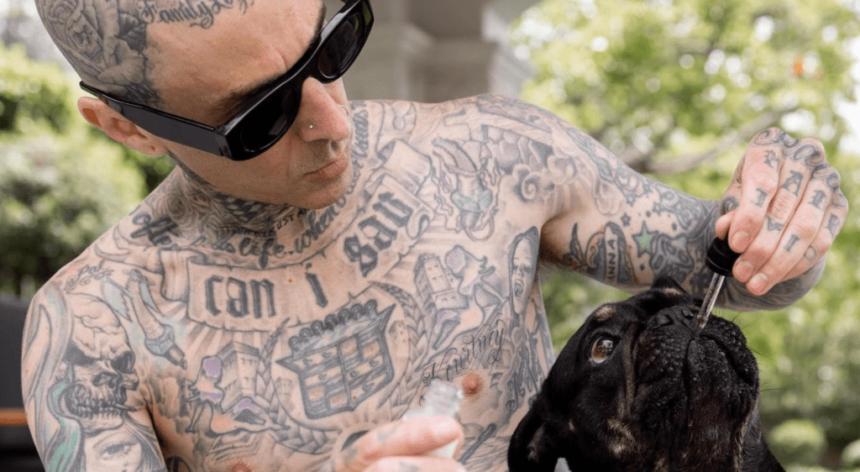 Blink-182 drummer Travis Barker has been hospitalised in Los Angeles with wife Kourtney Kardashian by his side.

As reported by TMZ, the musician arrived at West Hills Hospital on Tuesday morning, but they felt like he needed extra care and he was taken to Cedars-Sinai Medical Center by ambulance.

This came just hours after he worryingly tweeted “God save me” and his daughter Alabama Barker has asked everyone to “Please send your prayers” on her Instagram Story.

The reason for Travis’ hospitalisation remains unclear, but he does suffer from a condition called trigeminal neuralgia.

There is nothing to suggest that this is the reason why he was taken to hospital on a stretcher, but the drummer has suffered with trigeminal neuralgia for years.

Trigeminal neuralgia is sudden, severe facial pain that is often described as a sharp shooting pain and usually happens in short attacks that can last from a few seconds to about 2 minutes.

The condition usually just affects one side of the face, but it can occur in both and in severe cases, attacks can happen many times per day.

Travis opened up about the condition on Joe Rogan’s podcast in 2019, saying: “I also have trigeminal neurolgia. Have you heard of it? It’s the worst. It’s called the suicide disease.”

“Cause basically all of the nerves in your face are firing all at the same time. So it almost feels like what you feel when you think you need a root canal or you have a tooth that’s messed up,” he continued.

The star went on to say that at the time, he had only had “four episodes” and uses CBD to help with the pain.

HE USES CBD TO ALLEVIATE THE PAIN

It’s unclear when the 46-year-old was diagnosed with the condition, but he has long been open about how he uses CBD to help with the trigeminal neurolgia.

CBD (cannabidiol), is a chemical in the cannabis plant that has many medical benefits. It does not get you ‘high’ because it does not contain THC (tetrahydrocannabinol), the psychoactive compound in marijuana.

In February 2021, Travis launched his own CBD wellness line called Barker Wellness Co which claims to provide “premium quality and ethically made vegan wellness products for your body and mind”.

He has a whole range of CBD-infused products including a pain relief cream, balm, bath soak and many different tinctures. 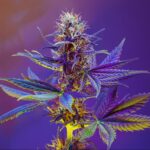 The Forces Shaping the Cannabis Market
Next Article