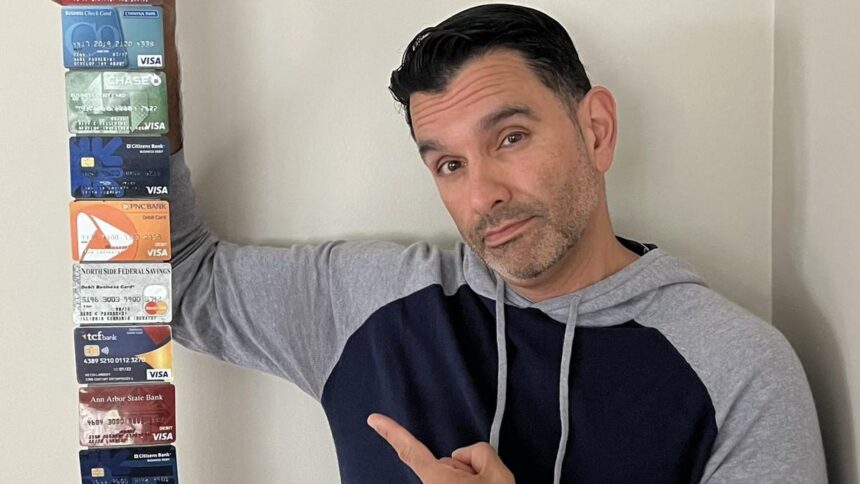 Two weeks ago, the push for Congressional action on cannabis banking reform heated up as members of the National Cannabis Business Association descended on Congress for four days of lobby meetings. Meetings were held over Zoom, as many Congressional offices maintain pandemic protocols that prohibit in person meetings.

While members of Congress have heard plenty from lobbyists and interest groups on this issue over the past few years, meetings like these are critical as they are the rare occasions for representatives to hear directly from the businesses most impacted by the lack of access to traditional banking services. As the chair of the association, I was able to participate in most of these meeting personally, and came away feeling optimistic that reform can be achieved before the end of the legislative session.

“Financial issues like SAFE can sometimes feel abstract to those outside the industry, which is why we’ve been doing so many meetings on the subject at this crucial moment” explained NCIA Board Secretary Michael Cooper. “There’s just something inherently impactful about talking to the NCIA member whose dispensary was robbed or hearing about the stress a small business owner feels trying to decide if they have the cashflow to continue to cover the additional bank fees the industry faces for the most basic services. These meetings are just another way to put specific faces and stories on the costs of cannabis reform delay that NCIA’s professional lobbyists are emphasizing in their meetings every day.”

As we reach the mid-point of 2022 and inch closer to election season, the window to pass banking reform and other legislation is growing shorter. With Republicans widely expected to take back control of one or both chambers of Congress next year, and GOP leadership having shown little interest in cannabis reform despite the issue’s popularity with Republican voters, it is crucial that officials in Washington hear from constituents and small business owners about the need to provide relief through banking and other measures.

And, unlike previous pushes, cannabis banking reform finally feels within reach. Earlier this year, the House of Representatives passed the America Competes Act which included language addressing cannabis banking reform; this language did not appear in the Senate version of the same bill. As a result, it is now up to a conference committee of bi-partisan members from both chambers to come up with compromise legislation, and the cannabis industry is making an aggressive push to ensure that banking reform stays in the final bill.

Over the course of four days, NCIA members met with House and Senate staffers and members of both parties. Among Democrats, support is nearly universal, but the debate continues internally between settling for piecemeal solutions like banking reform or continuing to push for full legalization. While many GOP offices were not supportive of legalization or comprehensive cannabis reform, most expressed either support or openness to supporting access to banking for these businesses.

Support for banking reform among Republican offices stems from the fact that most do not see this as a cannabis issue, but a banking issue. The SAFE Banking Act has the full-throated support of the American Bankers Association, a powerful trade group representing the interests of the banking sector with a lot of sway in Washington, DC, especially among Republicans. An important component of banking access would be the tracking of all cannabis business transactions, helping to ensure that companies play by state rules and don’t engage in money laundering or product diversion.

Representatives of both parties also see cannabis banking reform as a public health and safety issue. As the recent spate of dispensary robberies and shootings have shown, cannabis dispensaries can be a magnet for robberies because they are forced to do business in all cash. Allowing these stores to accept credit cards and other forms of payment, and to make regular bank deposits of the cash they still receive, would take a massive target off the backs of these stores and make them and their employees less likely to be the victims of robberies and senseless, avoidable violence.

The Challenges of Getting to ‘Yes’

Despite strong support for banking reform among members of both parties, and real progress having been made in recent months, there is no guarantee that cannabis banking access will become law this year. This is largely due to infighting among Democrats as to the best path to reform this Congress.

Senate Majority Leader Chuck Schumer has promised the introduction of a comprehensive reform bill this year, although the date has been pushed back a number of times. Schumer has stated his opposition to passing banking reform in the meantime out of fear that doing so would take the wind out of the sails of his broader package.

But insisting on broader reform could lose him the ten GOP votes he needs to pass any legislation, since Republican Senators largely remain opposed to anything that goes beyond providing banking access to cannabis companies.

Meanwhile Democratic Senators like Sen. Patty Murray of Washington, the highest ranking Democrat on the Competes Act conference committee, has been outspoken about the need to pass banking reform now, saying at a recent press conference “There is [marijuana legalization] legislation in the Senate that is much broader that covers many different issues regarding the cannabis industry—which I think is very important—but the fact is that it’s going to take a long time to convince people to get it through both houses. We need to deal with this issue in terms of banking and safety right now. That’s the argument we are making.”

Members of Congress have been hearing from lobbyists and interest groups on all sides of this issue, from trade associations to prohibitionists to legalization supporters. But they don’t often get to hear from actual cannabis business owners about how the lack of banking access negatively impacts their ability to conduct normal business.

Congressional staffers heard how businesses struggle to obtain traditional loans and are forced to borrow money at interest rates that often approach 20%. They heard about safety measures that businesses must take to protect their employees from theft and robbery, both at the store and in transferring cash to the small number of banks willing to take their money because armored car services refuse to do business with the industry. And of course, they heard about the chaos that every cannabis business has had to endure when they inevitably have a bank account closed out of the blue.

“Running a business is hard, running a cannabis business is even harder, running a cannabis business while constantly having bank accounts closed down is near impossible.,” explained Mark Passerini, founder of the Om of Medicine, the longest continually operating cannabis dispensary east of the Mississippi. “Over the course of 11 years we have gone through 10 banks. This makes it difficult to make payroll, keep up to date with invoices, pay vendors, etc… This also put our employees at risk every day. The cannabis industry should be treated like any other legal business in the U.S. We need SAFE Banking now!”

Elected officials often make a big deal in their campaigns about the need to support small business owners. But far too often, the only voices they hear from are those of big moneyed corporations whose agendas differ from the mom-and-pop businesses that make up the majority of business owners in the country. The cannabis industry is no exception.

The largest cannabis companies in the country can afford high priced and high powered lobbyists and membership in exclusive trade associations that cost hundreds of thousands of dollars a year. This is why it is crucial that members of Congress hear from trade associations representing all cannabis business owners like NCIA, and those that represent social equity and diverse business owners like the Minority Cannabis Business Association, both of whom have come out strongly in favor of banking reform.

More importantly, members of Congress need to hear from these organizations’ members themselves, telling the stories of how their businesses have suffered by not being treated like owners of a business in any other industry.

“Our annual Lobby Days are likely the only time of year that Members of Congress and their staffs hear from “Main Street” cannabis businesses en masse—the small, medium and social equity businesses that make up the majority of our industry and NCIA’s membership,” explained NCIA Chairman Emeritus Khurshid Khoja, also a former board member of the Minority Cannabis Business Association.

“The experience is also incredibly empowering for our members because it underscores both their agency as individual business owners and also the leverage they exert when they work together to change laws that harm them. There is now no shortage of well-paid cannabis lobbyists and deep-pocketed multi-state and multinational enterprises that regularly advocate for laws and policies that favor the interests of ‘Wall Street’ cannabis first. Our members are able to give our Representatives and Senators a real world, ground level, day-to-day view of the cannabis industry that counters the prohibitionists’ narrative — that the cannabis industry is dominated by big, foreign-owned, soulless corporate behemoths looking for government assistance to chase profits for shareholders at the expense of their employees, their consumers, their communities and the public interest.” 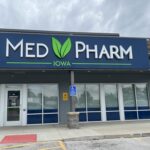 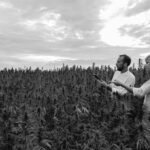