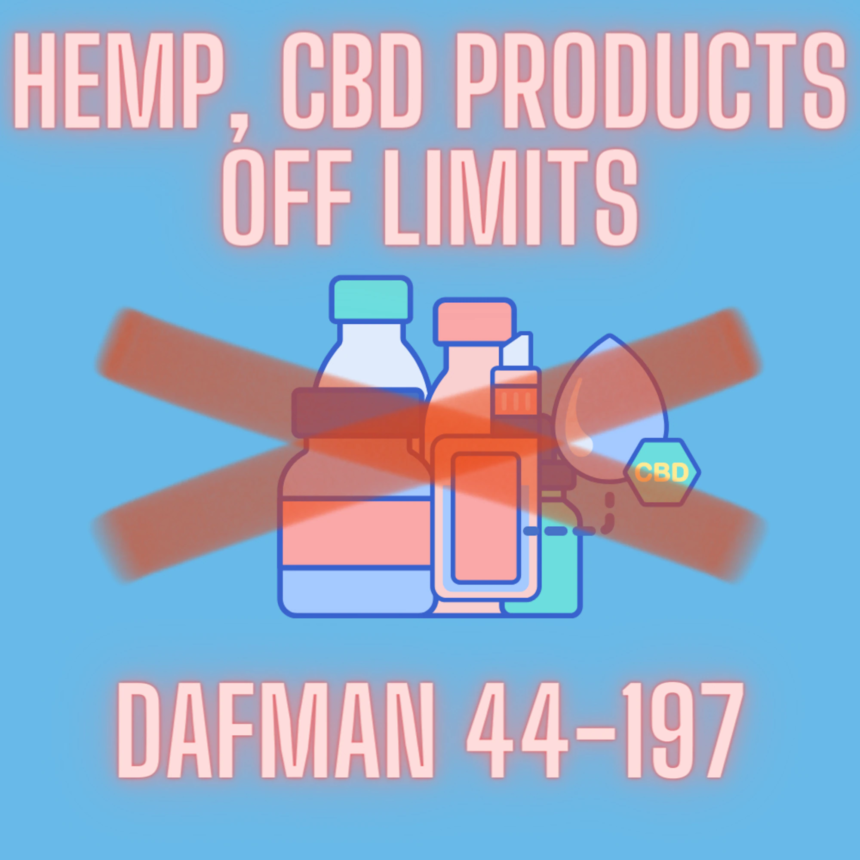 A simple search of “CBD near me” populates around 20 shops that sell cannabidiol products within a 15-mile radius of Keesler Air Force Base, Mississippi. For those that prefer online shopping, there are thousands upon thousands of results that will ship those products right to their doorstep.

With the mass-production of and easy access to hemp-derived CBD products, it’s important for Airmen to understand the dangers associated with using these products in regard to the Air Force’s zero tolerance drug policy.

“Manufacturers aren’t really being up front with what’s in their CBD products,” said Tech. Sgt. Casondra Dixon, 403rd Aeromedical Staging Squadron drug testing program administrator manager. “The packaging might say zero (tetrahydrocannabinol) or a very low percentage, but a lot of times those claims aren’t being tested, so a product might have THC in there at a high enough percentage that it causes you to test positive.”

Cannabidiol is one of two commonly known chemical compounds derived from the cannabis sativa plant, the other being delta-9-tetrahydrocannabinol, also known as THC.

The products come in all manner of forms: oils, beverages, edibles, lotions, e-cigarette vape cartridges, inhalants and more, and often display claims of being beneficial for stress and anxiety reduction, pain relief, or other unfounded, unverified medicinal purposes.

Often advertised somewhere in the realm of health and wellness supplements, according to Forbes, the CBD industry has grown to be an estimated $4.6 billion market. This growth is largely due to the Agriculture Improvement Act of 2018 that removed hemp, cannabis sativa L. plants, from the definition of marijuana and ultimately from the Controlled Substances Act, enabling hemp-derived CBD products as long as it contains less than 0.3% THC on a dry weight basis.

Dixon explained that in cannabis there are different isomers of THC, the predominant one being delta-9 which is found in high percentages in marijuana, but also occurs in lower percentages in hemp.  While the drug testing program has always tested for delta-9, the emergence of cannabis derived products and loopholes to manufacture products with less common THC isomers, the program has also started testing for other isomers like delta-8.

According to the Food and Drug Administration, delta-8-THC is a less potent but still psychoactive substance derived from cannabis and, while it is found in significantly less amounts, concentrated amounts can be manufactured from hemp-derived CBD.

As a result of the 2018 Agriculture Improvement Act, the steep rise in the CBD industry as well as other factors such as a 2020 FDA study that revealed discrepancies between claimed percentages of CBD and THC in CBD products, the Office of the Under Secretary of Defense released a memo February 26, 2020 directing branches of the military to “issue punitive general orders of regulations enforceable under Article 92” prohibiting the use of hemp-derived products.

The Department of the Air Force Manual 44-197, Military Drug Demand Reduction Program paragraph 1.2.2.1 states as follows: …the use of products containing or products derived from hemp, including but not limited to delta-8-tetrahydrocannabinol (delta-8-THC) and cannabidiol (CBD), is prohibited. (T-0). This prohibition applies regardless of the route of administration, ingestion, or use. (T-0). Exception: This prohibition does not apply to the use of durable goods containing hemp, such as clothing.

“In the event of a positive test, every Airman is allowed to submit a rebuttal and present their case,” said Master Sgt. Jared Bryant, 403rd Force Support Squadron first sergeant. “That being said, it is very difficult, unless they have the substance or the packaging to prove their case, because it then just becomes a plea of ‘I didn’t do it.’”

Bryant went on to say that if an Airman has questions about a particular energy drink or a protein powder or workout supplement, they can contact the Nutrition Clinic here on base at 228-376-5065. The clinic has a list of products to be avoided either because in general they’re unhealthy or because of drug-related reasons.

The bottom line is: the Air Force has a zero tolerance for illegal drug use, said Bryant. It is important for Airmen to be aware of policies in place as well as what they are consuming, as the result of negligence could be career-ending. 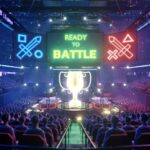 Cannabis in the Esports Community
Next Article 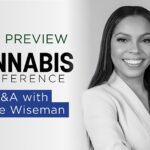