COLUMBUS, Miss. (WCBI)- Three potential medical marijuana dispensaries have taken a small but necessary step towards opening up shop in Columbus. The Columbus Planning Commission approved permits for three businesses that are each vying for a location on Highway 45.

Two of the companies are seeking to set up their business in the Jackson Square Plaza. State regulations state require dispensaries to not be within 1,500 feet of each other which means only one business will successfully take over a unit at Jackson Square.

A third dispensary will also operate as a cannabis producer with plans to open up at the former H & R Agripower facility.

City engineer Kevin Stafford describes the thought process behind issuing the permits while the co-founders of Holoistika, Deneisha and Amber Glenn, say they created their business model well before the state’s approval of medical cannabis.

“Really what we look at first off from the dispensary side was that it needed to be treated like a drug store,” says Stafford. “It’s a controlled substance as if it needs to be dispensed as any other controlled substance. So those who have a prescription to get it can go ahead and get it. So therefore we decided in our charter permit uses that we would put it in the same zoning areas by right in the same places that drug stores are allowed.”

“Amber and I started discussing this process back in 2020. Once Initiative 65 was voted on we started looking for locations,” says Deneisha Glenn. 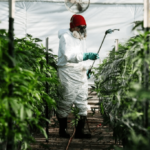 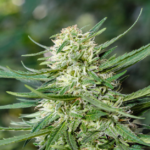 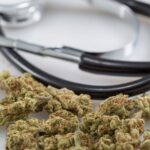