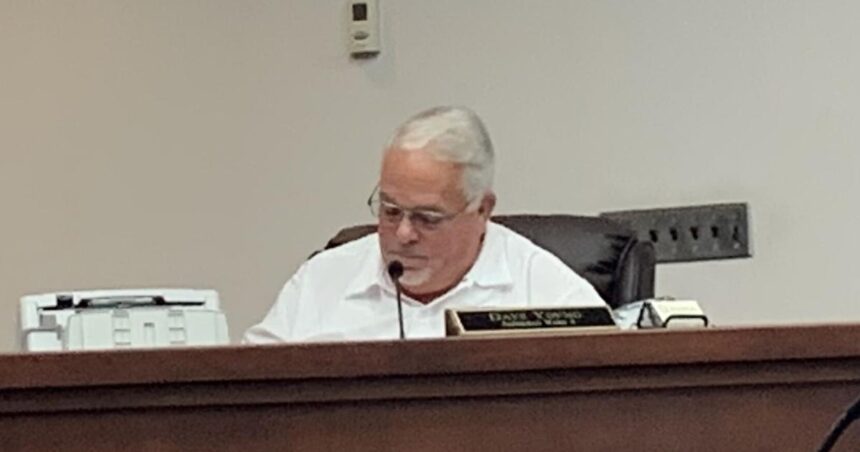 Horn Lake moved a step closer to developing guidelines and regulations that will allow medical marijuana operations in the city limits.

The city opted out of the state’s new medical marijuana law back in April to give officials more time to study the law. Since that time, a committee has been working on drafting a set of proposed regulations to recommend to the board for approval.

“We wisely opted out when it first passed because we didn’t understand a lot of the regulations in it,” said Mayor Allen Latimer. “The bill was 500 pages long. So we wisely waited to see how everything was going to shake out.”

The Mississippi Medical Cannabis Act gives cities the option to opt-in to allowing dispensaries, growing facilities, transportation and processing operations, or to approve some uses and reject others, and also to regulate them through local zoning ordinances.

“You can do all three. You can do two. You can do one, Or, you can do nothing,” Latimer said. “If the board does this, we are going to have to get it to the Planning Department for some zoning.”

Aldermen Michael Guice and Dave Young shared some of the committee’s highlights with the Board of Aldermen at its July 19 meeting.

Guice said the committee’s recommendations will closely mirror the guidelines adopted by DeSoto County in June. The county’s ordinance prohibits cannabis facilities in AR or agricultural residential zones, requires a $1,000 license fee and $500 annual renewal fee, and prohibits cannabis businesses from locating within 1,000 feet of a school, church or child care facility unless granted a waiver. They also set a three acre minimum for cultivation and processing facilities with a 100 foot setback from the property line.

“The county ordinance covers the majority of it,” Guice said. “So we have a framework to piggyback off of it. It is my opinion that we don’t reinvent the wheel and plagiarize the county’s ordinance and add in a few things to make it fit our zoning and proceed from there.”

Young said they added other requirements such as setting the hours of operation from 10 a.m. to 10 p.m. Monday-Saturday and closed on Sundays and every state holiday, and prohibiting dispensaries from locating within 2,500 feet of any church, school or daycare, with no exceptions. Cannabis businesses must also have armed security and video surveillance on the interior and exterior at all times.

“That’s pretty much the blood and guts of it,” Young said. “As for opting in, I am right there with Alderman Guice. I have no problem going ahead.”

During the citizen comments portion of the meeting, resident Catherine Yarbrough asked the board to consider reducing the 2,500 setback requirement, claiming it will make it too difficult to open a medical cannabis business in the city.

Alderman Jackie Bostick said he is in favor of opting in to allowing dispensaries first and then addressing whether they want to allow the other uses later.

“I am all in favor if doing just the one to start,” Bostick said.

“You don’t need to make a decision to opt-in until you have your zoning ordinance in place whatever you opt-in for,” Campbell said.

Guice and Young said they will continue to update the board on their progress.

“We’ve got a framework with the county ordinances so the experts can get together and come up with an ordinance for us,” Guice added.

Latimer thanked the committee for their work.

“I want to commend the committee for the many hours you have put in and for working so hard on this because this is a very big issue for the city,”  Latimer said.