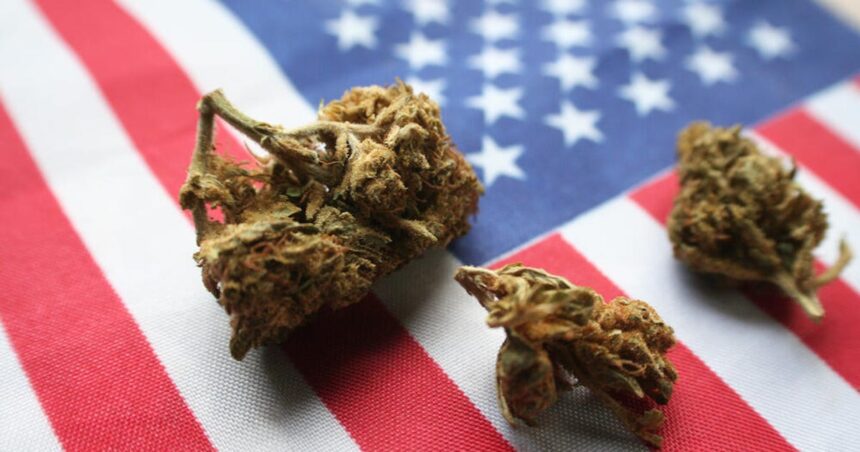 Washington, DC, residents can now self-certify for medical marijuana without the need for a doctor’s note. The DC Council approved a measure in early July, paving the way for adults to verify their medical need for cannabis starting July 7 through the city’s Alcoholic Beverage Regulation Administration website.

While city-issued medical marijuana cards, which must be renewed every two years, cost as much as $100, the new registration system is free.

In addition to the nation’s capital, 38 states have legalized medical marijuana and 19 have approved selling, purchasing and possessing cannabis for recreational purposes.

In 2021, legal recreational cannabis alone was a $15 billion industry. That figure is on target to surpass $25 billion by 2025, according to Statista.

On the federal level, the Marijuana Opportunity Reinvestment and Expungement Act cleared the House in April and is now before the Senate. If passed and signed by President Joe Biden, it would legalize cannabis on the federal level, expunge the records of nonviolent offenders and fund social and criminal-justice programs in communities most impacted by overpolicing. The House passed the MORE Act mostly along party lines, but it faces a tougher battle in the Senate.

Here’s what to know about marijuana legalization, including which states have passed laws, what happens to the MORE Act next and how Americans feel about legal weed.

Which states have legalized medical marijuana?

In addition, the District of Columbia and the territories of Puerto Rico, Guam, the Northern Mariana Islands and the US Virgin Islands have all legalized medical marijuana.

Each jurisdiction has its own criteria regarding what conditions cannabis can be prescribed for, at what amounts and what the process is for issuing medical marijuana licenses to qualified residents.

Which states have legalized recreational marijuana?

Marijuana is also legal for medical purposes in all these localities. In addition, recreational cannabis is legal in Washington, DC, Guam and the Northern Mariana Islands.

What does federal law say about marijuana?

Under the Controlled Substances Act of 1970, the Drug Enforcement Agency still classifies cannabis as a Schedule I drug, “with no currently accepted medical use and a high potential for abuse.” (Other Schedule I drugs include heroin and LSD, while cocaine is listed as a Schedule II drug.)

In 2013, President Barack Obama directed the Justice Department to defer to state authorities in jurisdictions that had legalized marijuana, “based on assurances that those states will impose an appropriately strict regulatory system.”

What is the MORE Act?

Now heading to the Senate, the Marijuana Opportunity and Reinvestment Expungement Act would abolish federal criminal penalties for those growing, possessing or distributing cannabis and expunge nonviolent cannabis convictions. It would also institute a tax on cannabis to help communities impacted by decades of policing focused on nonviolent crimes related to marijuana use. The money would pay for programs such as job training, legal aid and youth mentoring.

The act wouldn’t require states to legalize cannabis, however. Regulation would be left up to state lawmakers.

It initially passed the House in December 2020, the first time either chamber approved repealing federal marijuana prohibition. Then-Sen. Kamala Harris of California, a Democrat, introduced a matching bill in the Senate, though it wasn’t taken up for consideration.

The same thing may happen this time: Even if it does come up for a vote in the upper chamber, it would need 10 Republicans and all Democrats to give their support.

“It is unlikely to pass the Senate in its current form,” Michael S. Lavery, a senior research analyst at financial services firm Piper Sandler, told clients, according to Yahoo Finance.

What is the proposed Senate bill to legalize marijuana?

The Cannabis Administration and Opportunity Act is a separate marijuana-legalization bill being drafted in the Senate. It would end the federal ban on cannabis and give state-compliant cannabis businesses access to financial services like bank accounts, business loans and credit card transactions.

“Hundreds of millions of Americans live in states that have legalized cannabis in some form while it remains illegal at the federal level,” the lawmakers wrote. That discrepancy “breeds confusion and uncertainty,” they said, and raises questions in areas from small-business growth to public safety.

Are there other marijuana legalization efforts in Congress?

As more states legalize medical and recreational marijuana, an increasing number of lawmakers want to square up federal laws so they don’t conflict with state regulations.

In late March, the Senate unanimously approved the Cannabidiol and Marihuana Research Expansion Act, which would streamline the application process for researchers who want to study the medicinal value of cannabis and related products.

“This important legislation will cut the red tape around the research process, helping get FDA-approved, marijuana-derived medications safely to patients,” Senator Dianne Feinstein of California, a sponsor of the bill, said in a March 24 statement.

On Feb. 4, the House passed the Secure and Fair Enforcement Banking Act, which would grant state-licensed marijuana businesses access to financial services. Rep. Ed Perlmutter, a Democrat from Colorado, first introduced the bill in 2019. He said he’s confident it will finally clear the Senate this session.

“I think this is the bill that’s going to break the ice, and then other things can be added or advocated for, over the course of the next few months or years,” Perlmutter told Yahoo News.

How do Americans feel about legal marijuana?

According to a 2021 Pew Research poll, 91% of Americans believe cannabis should be legalized to some degree — 31% for medical use and 60% for both medical and recreational use. Only 8% of respondents said marijuana should not be legal at all.

An April 2022 CBS News/YouGov poll showed even stronger support, with 66% percent of respondents believing recreational marijuana should be legal at both the state and federal levels.

During the 2020 presidential campaign, then-candidate Biden promised to “decriminalize cannabis use and automatically expunge prior convictions.”

According to Biden’s campaign website, “No one should be in jail because of cannabis use.”

The site promised that, as president, Biden would “support the legalization of cannabis for medical purposes, leave decisions regarding legalization for recreational use up to the states, and reschedule cannabis as a Schedule II drug so researchers can study its positive and negative impacts.”

While the president can’t repeal federal marijuana laws on his own, he can grant amnesty to people with federal convictions for nonviolent marijuana-related crimes. He can also reinstate Obama-era guidance to the Justice Department not to prosecute low-level marijuana offenses or interfere with state marijuana laws

Biden could also throw his weight behind the current congressional legislation and similar bills.

“Biden and his party both are in need of political wins, and relaxing marijuana laws — or fully legalizing the drug — is extremely popular,” Alex Shepard wrote for the New Republic in December.

What’s the difference between legalization and decriminalization?

Many states that have legalized marijuana initially decriminalized possession of a small amount. Broadly speaking, cannabis “legalization” means passing laws that allow the buying, selling and possession of marijuana, usually with restrictions on the age of the consumer and the amount purchased.

Decriminalization, on the other hand, typically means that violating certain marijuana laws can still result in fines or other penalties but not criminal charges or jail time.

In North Carolina, possession of half an ounce of marijuana or less is considered a Class 3 misdemeanor punishable by a $200 fine, “but any sentence of imprisonment imposed must be suspended.” 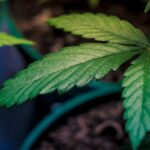