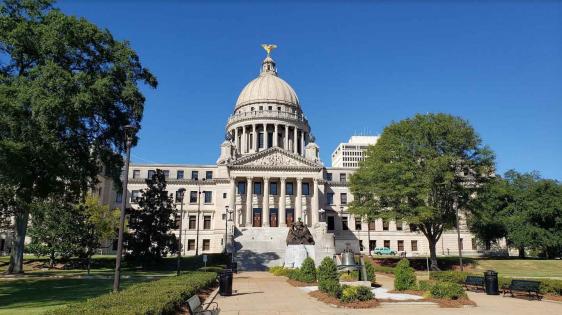 As the second week of session comes to a close, State Representative Lee Yancey, Mississippi House Drug Policy Chairman, spoke with Magnolia Tribune about his top legislative priorities for the 2023 legislative session.

Rep. Yancey said he is looking to make some “tweaks” to the Medical Cannabis Act before the first doses have even been made available in Mississippi. He said the changes he’s proposing will make the program run more smoothly.

“We haven’t even sold the first product yet. I don’t want to start changing things until I have some data on what’s working and what’s not working,” Yancey said. “The cannabis program is about to be up and going. The testers are finally approved and working some of them and so we should see products on the shelf within the next week or two.”

Included in the tweaks Rep. Yancey is proposing are background checks.

“Right now there are two background checks required and there should just be one for employees in a cannabis facility,” Yancey said.

Yancy also says the Department of Public Safety needs clarification that they have the authority to conduct national background checks because of the Schedule I federal classification of cannabis.

Last year the Mississippi House passed HB 681, which would have included Kratom in the Schedule I controlled substances list. However, the Senate did not take the bill up and it died in committee. Yancey said he is supporting such legislation again this year.

“People who use Kratom are typically using it instead of using opioids, or they’re trying to come off of opioids, the problem is they get addicted to Kratom, but they don’t know where else to turn,” Yancey said.

Yancey said lawmakers are also looking to place Tianeptine on the Schedule I controlled substance list. He admits that he doesn’t know what the Senate’s position is on the matter and it would be “fruitless” to do it if the Senate will not take it up.

“And the bill would not name Kratom or Tianeptine or any other drug, but all of them would fall in that category,” Yancey said. “And so, there’s the potential for taking all these and future over-the-counter drugs off of the legislative, you know, need list to ban by giving the State Health Officer the authority to choose which of these could be sold what which not.”

By doing this, Yancey said, those in the medical field make the decisions rather than politicians.

“Without singling out any one drug, we’re basically putting drugs back in the medical field instead of in the political world and I think that’s where it belongs,” Yancey added.

The House Drug Policy Chairman said he is planning on taking up State Representative Chris Bell’s legislation to decriminalize fentanyl test strips. Yancey said there are also new testing methods for fentanyl like a “wet wipe.”

“It gives someone whose taking pills the peace of mind that what they’re taking does not have fentanyl in it,” Yancey explained. “Those opposed to this would say that it encourages pill use, drug use. I think people who take pills are going to take pills any way.”

Yancey said that there are a lot of kids and adults dying from opioid overdoses, pills that have fentanyl in them that is unknown.

“This is a way to give people a second chance,” Yancey said. “I think we ought to have compassion and help save lives by decriminalizing these testing strips.”

Among his other priorities, Rep. Yancey said he’s authored a bill that would authorize an income tax credit for contributions made to rural hospitals. He thinks this will be a good way for interested parties to donate money to help keep struggling rural hospitals afloat.

“Its money that would be helpful to parts of the state where hospitals are struggling or suffering,” Yancey added.

The State Representative added that he will keep pushing for reform of the state’s Certificate of Need (CON) laws.

“I feel like CON laws are barriers for entry in the medical field,” Yancey said. “I think the more competition that businesses have whether they’re health care businesses or they’re hamburger businesses, the more quality you get for a cheaper price, and I think it’s good business to get rid of those CON laws.”

Yancey said a mother approached him whose child had drowned and it has been her mission in life to have swimming lessons offered to Kindergartners. This prompted him to write House Bill 13. The legislation would require that beginning with the 2023-2024 school year, each public school would be required to provide to a parent information on the important role water safety education courses and swimming lessons play in saving lives.

“What my bill would do would be to require the schools to provide a handout, or they could put it into an email to the parents, where swimming lessons are taught in their area,” Yancey said. “There’s no money attached to the bill; it doesn’t cost anything. There’s a group in Florida that has established a foundation and if there are parents who need financial aid to pay for swimming lessons for their child, they can apply for the cost of swimming lessons, and it will be.”

The Chairman discussed his legislation regarding ESG, which are funds that focus primarily on environmental, social and governance (ESG) issues. Yancey said the funds PERS invests in on behalf of its enrollees should be the ones with the highest yields possible, regardless of political motivations.

“That’s to keep the PERS board making decisions on investments based on pecuniary factors rather than environmental, social, and governance factors,” Yancey said. “So basically, I want my money invested to return the highest yield possible. We want our participants in PERS to have their investments to have the objectives that the things they’ve invested in making the most money possible for them. Not making some type of social statement across the country.”

Yancey explained that using ESG as a guide, some pension plans would invest only in electric cars and would not invest in anything that was petroleum based. Yet, it may be that oil and gas stocks are performing better.

Here are some of the bills Rep. Yancey has proposed this session and links to view them.

— Article credit to Anne Summerhays of the Magnolia Tribune — 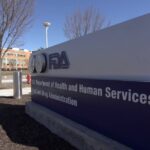 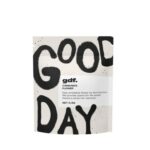