May 29—TUPELO — Of the 16 counties in Northeast Mississippi, only four — Calhoun, Pontotoc, Tippah and Union — took advantage of the state’s provision allowing municipalities to opt out of permitting medical cannabis facilities to operate within their borders.

Statewide, officials in 19 counties voted to opt out of allowing medicinal pot facilities within their borders by the May 3 deadline.

All cities that opted out of medical cannabis

Information provided by the Mississippi Department of Revenue

Union County Administrator Terry Johnson said the board of supervisors voted to opt out of medical cannabis because it believed the state’s regulations were lacking. He noted that during the county’s public hearing on the program, county officials received nothing but opposition to the industry.

“They opted out mainly because they didn’t know the rules,” Johnson said of Union County officials. “You can always opt back in, but if you missed the deadline, you could never opt out. Another board could come in and change that in the future.

“They weren’t against medical marijuana; they wanted it to be more regulated,” he added.

Municipalities in Northeast Mississippi were more divided on the issue. Fulton Mayor Emily Quinn said her city’s board of aldermen was undecided when the discussion began, but it ultimately believed permitting medical marijuana facilities to operate within the city would benefit the community.

“We decided that, as regulated as it is going to be, it was not going to be that bad of a thing,” Quinn said.

Quinn said that, as of Thursday, two individuals have approached the city about potentially starting a medical marijuana business. She also said the town was working on additional regulations for medical marijuana businesses, not unlike those adopted by the city of Tupelo, noting that they would be based closely on the city’s current rules for alcohol. She said hours of operation for these businesses would likely follow those of pharmacies.

If implemented based on the city’s alcohol guidelines, Fulton would prohibit facilities from establishing within 1,000 feet of churches, daycares and schools. Quinn said businesses separated by a public road from protected places could establish within the buffer zone.

“Fulton is pretty small,” she said. “We have a church on every corner.”

Oxford Mayor Robyn Tannehill said none of the city’s board of aldermen entertained the idea of disallowing medical marijuana facilities. Like Tupelo and Fulton, officials in Oxford have been working on specific ordinances to further regulate the industry, in addition to the state-provided rules.

“There are a lot of moving parts,” Tannehill said. “It is new, and we are going to make the best decisions we can with what information we have. I believe more than 70% of Lafayette voted to support (medical cannabis). Our community clearly wants it.”

The Fulton City Council and the Oxford board of Aldermen are both scheduled to vote on the regulations during its next meeting on June 7.

All counties that opted out of medical cannabis

Information provided by the Mississippi Department of Revenue

Pontotoc’s board of Aldermen opted out in a split 3-2 vote in April. Aldermen against the industry said state lawmakers had not done enough to flesh out their guidelines for the program.

“The thing we were most concerned about is that the final regulations had not been written, and we were very concerned how those were going to turn,” Pontotoc Mayor Bob Peeples said. “There are a lot of variables. They thought it was in the best interest of the city to opt out. “

Peeples said the board was open to bringing up the issue again once the state’s program was off the ground.

Residents of any county or municipality that opted out of the industry may trigger a referendum vote by petition. The number of signatures needed is dependent on the size of the county or city in question. 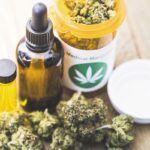 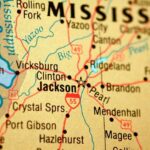