The number of individuals enrolling in medical cannabis programs in the U.S. has quadrupled from 2016 to 2020, with the total surpassing 2.97 million people, according to a study published in the Annals of Internal Medicine outlined by the Washington Post. The researchers found that 61% of enrollees are qualified for programs for chronic pain, while 11% are enrolled for post-traumatic stress disorder.

The researchers noted that about a third of qualified patients use medical cannabis “for conditions or symptoms without a substantial evidence basis,” the report says.

The figures do not include individuals using pharmaceutical drugs derived from cannabis that have been authorized by the Food and Drug Administration.

According to the National Conference of State Legislatures, 37 states, Washington, D.C. and four U.S. territories had legalized medical cannabis as of February.

In two states – North Carolina and Kentucky – medical cannabis bills were approved by one legislative chamber but were not brought for a vote by the other chamber. Mississippi was the only state to approve medical cannabis legislation this year after the state Supreme Court struck down a voter-approved initiative to enact the reforms.

A Harris Poll survey conducted on behalf of Curaleaf Holdings, Inc. released earlier this month found that 91% of adults 21 and older who have ever used cannabis have done so for health and wellness purposes regardless of whether they are enrolled in a state program. The poll found that 75% of respondents preferred holistic health solutions over pharmaceuticals with 62% saying they would prefer to use cannabis rather than pharmaceutical drugs for a medical issue.

More than half (52%) of survey respondents said they preferred to use cannabis to relax, 49% to help with sleep, 44% to reduce stress, and 41% to reduce anxiety.

Have an additional perspective to share? Send us a message to let us know, and if your comment is chosen by our editors it could be featured here.

Perspective to add? Suggest a revision or submit commentary for review using the form below.


TG joined Ganjapreneur in 2014 as a news writer and began hosting the Ganjapreneur podcast in 2016. He is based in upstate New York, where he also teaches media studies at a local university. 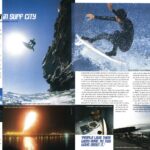 From the Archives: Gettin’ High in Surf City (2001)
Next Article 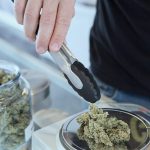