The offering comes in Hint of Lime, Zesty Ranch, Fiery Hot, Classic Cheese and Salsa Verde flavors, which were previously only available in snack bags with 10 mg of THC. The company will also roll out Chili Limon and Nacho Cheese flavors in August.

“When you enter [a grocery store], you’re often buying based on flavor and packaging and things like that,” Ms. Yeh explained. “In a dispensary setting, that’s very different, and people often buy based upon price per milligram.”

While the 10-mg bags are a good introductory product, they have a high cost-per-milligram ratio, Ms. Yeh noted. TSUMo Snack’s latest offering gives consumers a better high for their buck, she said, and is better suited to the varied needs of cannabis users.

“It’s like consuming alcohol. I can have half a drink and be done; other people can have eight drinks and keep going. The same applies to cannabis,” she explained. “Some people want a low dose, 5 mg, every night, but the vast majority of the existing buyers in the cannabis marketplace are more frequent users who look for higher dose products.”

“You do it in private; you do it in your home. Sometimes that has to do with laws that you can’t utilize it in public,” she said. “What we wanted to bring into this is the shared snacking experience. A 100 mg bag can be passed around with your friends, at a party, at a family gathering even.”

The consumer response to TSUMo Snack’s salty offerings has been enthusiastic, Ms. Yeh said, which she attributed in part to consumers suffering from “gummy exhaustion.”

“There are so many gummies that now exist in the marketplace that people are tired of them. They’re looking for an alternative, and not everybody wants to eat sugar all the time,” she said. “When you look at the traditional snacking market, salty snacks are actually the dominant category, not sweet. I think the product has really resonated with consumers because it’s feeding into this very familiar part of their lives.”

The 100 mg bags are available online and in Northern California dispensaries and sell for $16. Ms. Yeh hopes to soon expand the brand into Michigan and New York as well. 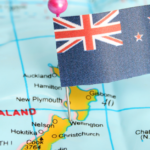