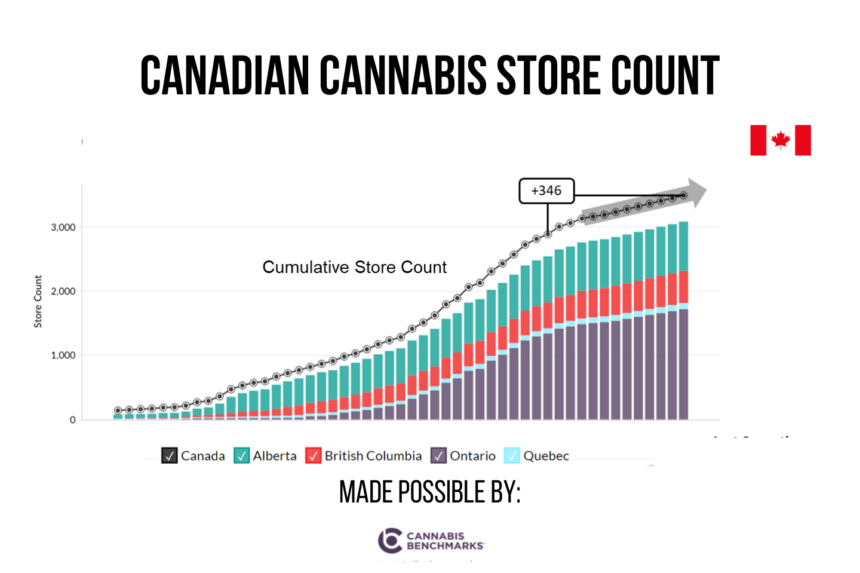 Each week, Business of Cannabis delivers a series of insights from our partners at Cannabis Benchmarks®.

This week, Cannabis Benchmarks’ total Canada-wide adult use cannabis store count reached a new high of 3,231 as of June 30. This figure represents an increase of 606 stores during the first half of this year.

Each province is on a different trajectory this year based on provincial rules and regulations on retail licensing:

Alberta’s store count looks to have reached a saturation point, having stalled at 759. The province continues to lead Canada in terms of stores per capita, but we believe the retail footprint is currently overbuilt, which will likely result in closures. Alberta also recently closed its provincial online store and gave private retail operators the ability to open their own online stores.

In Quebec, where all licensed retailers are owned and operated by the provincial government, growth in the retail footprint has been negligible. The lack of convenient access to the legal market is bolstering illicit operators and helping them maintain market share, despite the Quebec government’s claims of a dying illicit supply.

British Columbia’s store count continues to grow at a steady rate, but is still significantly behind that of Alberta, its less populated neighbor.

The number of retailers in Ontario continues to grow at a strong rate, but much slower than the exceptional growth seen in 2021. The 2021 rush was initiated by a move to streamline the province’s licensing protocol, which included doing away with a very stringent lottery system.

At current growth rates, Cannabis Benchmarks is projecting 3,511 licensed stores open across Canada by the end of 2022. The increased store presence will heighten competition, continue to push retail prices lower, and further pressure margins. That said, lower retail prices could help the legal market continue to expand its share of total cannabis sales at the expense of illicit supply. From the store operator’s point of view, then, lower prices may be offset by increased sales volume. 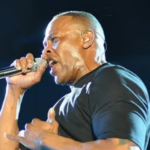 Dr. Dre & Xzibit not guilty: Lawsuit against their weed brand ‘Brass Knuckles’ finally over
Next Article 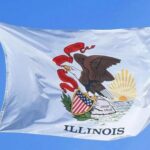