In a case sure to reverberate around the world, the Argentinian Supreme Court has ruled that parents of sick children are allowed to grow their own cannabis to treat their children. This decision, they ruled, is in line with existing Argentine law—namely the decriminalization of cannabis for medical purposes.

As family law and cannabis legitimization intersect, this development is about as significant as a similar 2014 Israeli case. Namely, families of sick children requiring medical cannabis threatened to immigrate to Colorado unless they were given the right to obtain medical cannabis domestically. The government changed the law within a matter of weeks.

That said, it was not a complete victory in Argentina last week for those who pressed their case. The Court also ruled, unanimously, that a special patient registry now in effect, is not unconstitutional. This was an issue raised by Mamás Cannabis Medicinal (Macame) which presented the plaintiff’s cause. The Court reasoned that the state had the right to control and track all cannabis cultivation—including for medical purposes.

The decision in Argentina is, of course, significant domestically. Yet coming as it does as country after country is beginning to implement or at least talk about implementing home grow more generally, the timing is also very important. In this decision, the Argentine Court seems to be following a global trend that is emerging in countries as disparate as those in Latin America and Europe (Malta, Italy, Luxembourg, and Portugal, so far) to Asia (notably Thailand). Home grow for both recreational and medical use is very much a la mode in the international normalization discussion now clearly underway both legally and politically.

Why Is Home Grow Becoming a Global Default First Step Towards Reform?

There are several reasons for this rather sudden emergence of something that looks remarkably like a consensus at an international level around issues related to home cultivation. Namely, when faced with both a crisis in healthcare delivery systems in the aftermath of both global austerity followed by a global pandemic, and the inevitability of recreational reform, governments are apparently getting the message.

It is becoming increasingly obvious in other words that home grow is not a seditious way to undermine a legal market (of either the medical or recreational kind). Indeed, when tracked (either by being registered or permitted or both), home cultivation of cannabis is a very sensible path towards a normalized market. See Canada—although, of course, the system is not perfect.

Generally, and most certainly in countries on the verge of recreational reform like Germany (for example) today, it is the case that the people most affected by any delay in full legalization, of any kind, are patients. There are close to 200,000 criminal cases pending in the German courts alone for low level possession, cultivation, and/or use. This is a massive waste of time and money that the state can easily cut. In fact, case law is again beginning to trend in this direction, even if only for now, on appeal. However, increasingly it is also the case that courts are recognizing that insurers are also forcing legitimate patients to take legal action to obtain coverage. In the meantime, they must source their own, taking risks along the way.

For this reason, the entire role around home grow is likely to change aus Deutschland as it has in other places, albeit here, at this juncture more likely by legislation than legal action as has just occurred in Argentina.

Prosecuting sick people is not a winning look anywhere right now. In fact, making it easier for the chronically ill to more or less treat themselves at a time when healthcare systems are straining to keep up with just “regular” care, just sounds sensible no matter which way one looks at this. Or where. For an extreme example, see Ukraine. But beyond this, every western state is struggling with chronic care provision—including for those conditions normally treated with cannabis.

On top of such realities, of course, such legal and political decisions are coming at a time when states are being forced to look at how enforcement of rules if not laws themselves takes place—and for issues and themes far from just cannabis reform.

Even though the Canadian model has shown that patients are absolutely going to be “competition” to the industry, in that they do not have to rely on a commoditized, bought product, there is another way to look at all of this. Indeed, it is also the case that patient home grow is a way to stimulate the legal, regulated market. Not to mention the broader economy beyond that which will benefit from money diverted from medication purchase.

Growing cannabis is not easy and takes energy. While there will always be recreational hobbyists, most people, including patients, would rather be able to buy cannabis in all its forms the way they buy food, medication, and other legal products.

This in turn creates jobs, revenue, and taxes.

The trick, of course, is to find a middle ground that allows both sides to flourish.

Just as legalization itself is inevitable, so is the right of people to grow their own cannabis, and for whatever use.

It is, after all, beyond all the demonization and stigma, “just” a plant. 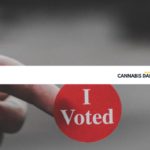 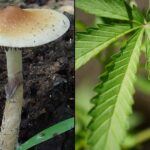