The clinical trial, conducted by researchers at the NYU Langone Health and Baptist Health/Jacksonville Orthopaedic Institute, found that an orally absorbed tablet containing cannabidiol (CBD) “safely managed pain after minimally invasive rotator cuff surgery, and did not produce side effects sometimes associated with CBD use, such as nausea, anxiety, and liver toxicity.”

Researchers randomly sorted 99 participants across the two study sites, NYU Langone and Baptist Health in Jacksonville, “between the ages of 18 and 75 into a placebo group and a group receiving oral-absorbed CBD,” who were “prescribed a low dose of Percocet, instructed to wean off the narcotic as soon as possible, and to take the placebo/CBD 3 times a day for 14 days after the surgery.”

The results of the study were presented in March at the American Academy of Orthopaedic Surgeons (AAOS) 2022 Annual Meeting in Chicago.

On Monday, TR Processing LLC revealed that it served as the CBD supplier for the clinical trial––an announcement that was accompanied by a presidential endorsement.

In a press release, TR Processing said that Clinton has been “following the study through the Clinton Foundation.”

The former president said that the study was an important part of the effort to reduce opioid dependency and addiction in the United States. TR Processing, citing data from the Centers for Disease Control and Prevention, noted in the announcement that “more than 100,000 Americans died of drug overdoses in 2021 and one million lives were lost to overdoses in the past two decades,” an “epidemic [that] costs the U.S. more than $1 trillion a year.”

“The Clinton Foundation has worked for years to reduce opioid addiction and deaths. To succeed, we need non-addictive alternatives to pain management,” Clinton said in a statement. “The results of the trial conducted by NYU Langone, with TRP’s CBD ingredient, are very encouraging and I’m eager to see the results of the next round.”

Michael J. Alaia, associate professor in the NYU Department of Orthopedic Surgery and a lead researcher on the study, said there “is an urgent need for viable alternatives for pain management, and our study presents this form of CBD as a promising tool after arthroscopic rotator cuff repair.”

“It could be a new, inexpensive approach for delivering pain relief, and without the side effects of anti-inflammatory drugs like NSAIDs and addiction risks linked to opiates. Additionally, CBD has the benefit of pain relief without the psychotropic effects associated with THC or marijuana,” Alaia said.

Chris Kanaley, chief strategy officer at TR Processing, said that the company is “committed to supporting the study and responsible commercialization of isolated cannabinoids, including CBD.”

“Tackling opioid abuse and addiction through the development of safer pain management alternatives is the first of many potential uses of our unique processing platform, and we are enthusiastic about the future. Our work has tremendous potential to become precision medicine at its best,” Kanaley said. 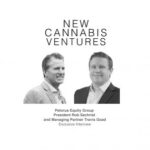