Two bills were recently introduced to prevent illegal cannabis cultivation efforts, which are using more water than ever in the wake of a historic California drought.

“Illegal cannabis farming is devastating the desert communities of San Bernardino County,” said San Bernardino County Board of Supervisors Chairman Curt Hagman in a press release. “The County is determined to stop this terrible damage to the environment and to protect the lives and property of our residents from lawless criminals.”

The county is sponsoring Assembly Bill 2728, introduced by Assemblymember Thurston Smith, and Senate Bill 1426, introduced by Senator Anna Caballero, to tackle these concerns.

AB-2728 would increase the fines for illegal cultivation to $1,000 for each day of violation, and $2,500 for each acre-foot of water diverted (and if that measurement isn’t specified, $500 per plant). These stipulations would only take place in a “critically dry year immediately preceded by two or more consecutive below normal, dry, or critical dry years” in the event that the California state governor has issued a state of emergency. “Our state is dealing with an unprecedented number of illegal cannabis grows, particularly in the rural desert communities that I represent in the legislature. Because of this, our laws need to require compliance and ensure that illegal activity is punished,” said Smith about the bill. Most recently, AB-2728 was referred to a committee on June 1.

SB-1426 would punish “unauthorized tapping into a water conveyance or storage infrastructure or digging or extracting groundwater from an unpermitted well.” “Illegal cannabis farming is killing wildlife and wreaking environmental damage across the state,” Caballero said in a San Bernardino press release in March. “This bill will help stop the pollution of our groundwater supply and the theft of water, which are all the more important during an ongoing multi-year drought.” Currently, as of May 19 the bill is “Held in committee and under submission” for the time being.

California Gov. Gavin Newsom has proclaimed a state of emergency for California’s drought three times so far in April, May, and July 2021 due to the impacts of climate change. In July 2021, he asked California residents to cut down on water usage with a goal of reducing water use by 15%. More recently in March 2022, Newsom shared that that goal was not met, and he asked local water agencies to “implement more aggressive water conservations.”

San Bernardino County is one of many regions in California experiencing dry conditions. Los Angeles County Sheriff Alex Villanueva explained the data in relation to the amount of water required to grow cannabis. “The average marijuana plant requires a minimum of 3 gallons of water per plant, per day,” said Villanueva, according to NBC Miami. “Just the 2021 numbers alone amount to 150 million gallons of water used to bring that crop to harvest. That’s just enormous.”

However, the amount of water that a cannabis plant needs to thrive is highly dependent on its location, growing medium, and current stage of growth. A 2019 survey called “A narrative review on environmental impacts of cannabis cultivation” estimates that outdoor cannabis requires 5.5 gallons per day per plant in August, and 5.1 gallons per day per plant in September, whereas indoor grown plants used 2.5 gallons in August and 5.1 gallons in September. Ultimately, the study stated that cannabis plants need much more water and nutrients to thrive, unlike other crops such as wheat, corn/maize, soybean, cotton or rice.

Another study published in October 2020, called “Water storage and irrigation practices for cannabis drive seasonal patterns of water extraction and use in Northern California,” stated that legal cannabis cultivation farms use groundwater wells more often than other water sources, such as streams, captured rainwater, springs, and municipal water systems. “Our findings indicate that water extraction from farms using groundwater wells generally occurs during the summer dry season and highlight the need to assess their potential impacts to connected surface water in streams,” the study authors wrote.

Assemblymember Tom Lackey, a longtime resident of the California high desert, issued a statement of his own in regards to water being used and polluted by illegal cultivators. “To any of those who are engaged in the illicit grows: I want you to know there’s a collective effort, and we’re coming after you,” Lackey said at a press conference on May 18. “You come after a very sacred thing: our community. You come after our desert, and you’re stealing our water. You’re poisoning our land, and enough is enough.” 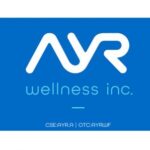 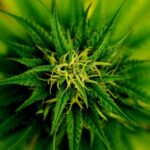