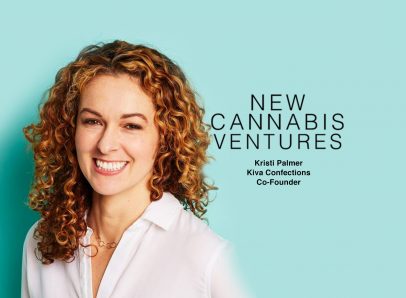 Edibles company Kiva Confections continues to rely on quality and innovation to distribute its products in the California cannabis market and beyond. The company’s co-founder, Kristi Palmer, last spoke with New Cannabis Ventures in August 2021. Since then, the company has expanded its U.S. footprint and into Canada. Palmer reconnected to share insight into the company’s broadening distribution reach, new product collaborations and plans for its next raise.

Adding to the Team

Over the past year, Kiva has added to its leadership team and expanded its sales and marketing teams outside of California. Brooks Jorgensen joined the company has President of Kiva Sales and Service, Kiva’s distribution company. He comes with years of experience at Southern Glazer’s Wine & Spirits. Kiva continues to invest in strengthening its sales and marketing efforts in all of its markets.

Kiva is reaching all legal markets within California, distributing its products to 800 to 900 stores, according to Palmer. While California remains a challenging market, changes to the state’s cannabis tax structure–eliminating the tax on cultivators and shifting the point of collection to retailers–are a positive step forward, but Palmer hopes to see an even more sustainable tax rate in the future.

Looking to further U.S. expansion, the Kiva team is excited about the New York market. Thus far, Kiva has expanded into new states via licensing partnerships. The company considers multiple factors when vetting potential partners. The team wants to know what kind of expertise a partner brings to the table, how much space they have to house Kiva’s operations and the kind of funding they have to support the partnership. The company also carefully considers the size of a market and whether or not it would end up competing with a potential partner.

Kiva has grown organically thus far, but the company is open to the possibility of M&A. Edibles and distribution are strengths for the company. It could look for M&A opportunities with companies that have strengths in other verticals.

This spring, Kiva officially expanded into the Canadian market. This international move has been years in the making, according to Palmer. The company has launched a few SKUs in the Canadian market, and the team plans to make a trip to visit accounts and meet buyers before the end of the year. If the opportunity for further international expansion arises, the Kiva team is prepared to consider it.

Last year, Kiva launched its Camino Sours. Now, the company is preparing to test a 10-milligram version of the product in some of its market. It has also announced two product collaborations this year. Kiva and Jetty Extracts are collaborating on a limited-edition release of Lost Farm Gummies and Chews. Kiva also partnered with musician SAINt JHN for a limited-edition product release. The company will continue to look for other opportunities to participate in product collaborations.

Series B and Funding Outlook

The company completed its Series B last year. The company is in a healthy spot right now, and it is preparing for another raise by the end of the year, according to Palmer. Its next raise could help propel the company into other markets. The raise could be a combination of debt and equity.

The Kiva team looks to data from BDSA to help understand its market share across all edibles and within specific categories like mints, gummies and chews. It also tracks metrics around distribution and market reach.

Palmer anticipates that product innovation and collaboration, as well as out-of-state expansion, will be big drivers of growth for Kiva this year. The company is also focused on brining additional supply partners to the Kiva Sales and Service platform. Last month, the platform inked a distribution partnership with Pacific Stone.

The cash-based nature of the cannabis business and the persistence of the illicit market remain challenges for brands like Kiva, but Palmer remains excited about the company’s expansion into more states and the prospect of federal legalization at some point in the future.

While the company grows, leadership is invested in supporting its team. Kiva has focused on maintaining strong work/life balance, and it is investigating ways to improve diversity, equity and inclusion. Palmer and her husband and fellow co-founder Scott Palmer are planning to visit the company’s locations to talk to team members about DEI.

To learn more, visit the Kiva Confections website. Listen to the entire interview: 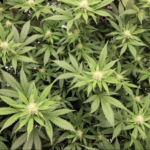