A new report from the consulting firm SkyQuest Technology projects that the global cannabis market is currently valued at $28.06 billion, as of 2021, and projects that the industry will grow up to $197.75 billion by 2028.

Between recreational and medical cannabis, recreational is unsurprisingly dominating for its numerous benefits in treating common conditions such as anxiety or stress, and has been known to increase mood and creativity as well.

Due to the rapid growth of cannabis acceptance, the report states that the compound annual growth rate (CAGR) currently sits at 32% annually, according to data current as of 2021. Between now and 2028, the CAGR is expected to increase to 35%.

The report also covers the regional expectations as well, stating that the demand in North America is highest. “The legalization of cannabis in most states of the US has created a strong presence of providers, and the huge demand from consumers in the US and Canada has made North America the largest market for cannabis,” the report states. “In addition, the climate in North America is conducive to growing cannabis, and there is a large amount of land available for cultivation.”

There is also an established demographic with North American consumers, with an age range of 18-39, and with 55% Caucasian, 20% Latin, and 15% Black. The report summary did not include this data for the other regions.

However, a press release for the report does mention the recent legalization of cannabis in certain countries has led to concerns. “For example, the Thai Ministry of Public Health has not released any scientific studies that investigate the potential health risks associated with cannabis use,” the press release states. Recently, Thailand’s move to legalize has been described as “too much, too soon.” The same concerns are being discussed in Germany.

Demand is being clearly driven by a number of factors. Decriminalization or legalization is making cannabis more accessible, and new studies are continuing to prove the efficacy of cannabis in its treatment for a variety of conditions. More importantly, the report addresses the arrival of the “cannabis lifestyle,” which has helped to normalize cannabis consumption among “women, seniors, parents, and others.”

Access to banking is an ongoing conversation in the cannabis industry, and according to this report it is one of the main areas of growth necessary for the cannabis industry to continue to expand. “One key area of growth for cannabis market is financial institutions. In recent years, banks and other financial institutions have shown an increasing interest in cannabinoid-based businesses,” the report states. “This is in part due to the fact that cannabis companies are generally compliant with banking regulations. This has opened up a lot of potential funding and revenue growth avenues for cannabis businesses.”

“As per cannabis market analysis by SkyQuest Technology, the current scenario of the cannabis industry is very promising,” the report summary concludes. “The industry is growing at a rapid pace and there are many new entrants in the market. This is resulting in increased competition and innovation. The future of the cannabis industry looks even more promising with more states legalizing cannabis and the increasing demand for medical and recreational cannabis products. The industry is expected to grow even further in the coming years and analyst believes [sic] that it will become one of the most important industries in the world.”

The cannabis industry is constantly in a state of flux, but other market reports project that it will only continue to expand. In February, the hemp industry was valued at $824 million. In a June Forbes report, it shared that the cannabis tourism industry is currently valued at $17 billion, and could continue to increase in a post-pandemic world. 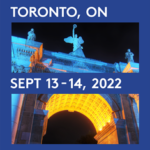 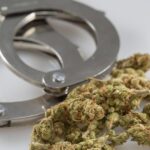