Telemedicine is a modern-day solution to healthcare problems for those in rural parts of the world, and now cannabis telemedicine also exists. Folks in Montana now have access to a platform called NuggMD that connects state licensed medical marijuana doctors to patients virtually.

NuggMD, an already-established medical cannabis telemedicine platform, is launching its service in Montana. People who wish to be patients simply have to cough up the barrier of entry of $129 to be able to use the service. The platform is already being used by doctors and patients in California, Connecticut, Illinois, Iowa, Maine, Maryland, Massachusetts, Michigan, Missouri, Nevada, New Jersey, New York, Ohio, Oklahoma, Pennsylvania, Texas, and Virginia.

“Yellowstone’s success makes it obvious that cannabis has been a huge boon for the tourist industry in Montana,” says Alex Milligan, CMO and co-founder of NuggMD. “But the medical market is still running strong in the state because the program provides powerful advantages for Montana patients.”

In Montana, medical patients can purchase the same amount of cannabis as recreational users, but there are still some perks. They can purchase more potent cannabis and save 16% on their sales taxes. They can also grow twice as many plants and, like in many other legal and medical states, go to special, medical-only dispensaries, which is a major bonus for those who don’t live close to a bigger town or city with lots of recreational spots.

“It’s easy to see why so many Montanans still carry medical marijuana cards, despite recreational legalization,” says Collin Mann, CEO and NuggMD co-founder. “We’re excited to join the cannabis community in Montana and provide them with the best service in the state.”

Those who want to utilize the NuggMD platform can log in seven days a week from 8 a.m. to 10 p.m. local time. No appointment is necessary, and those who don’t end up qualifying for a medical cannabis card are not charged for their meeting with doctors.

In addition to taking medical patients seriously, the state is also working on overturning past convictions in order to heal the harms done by the War on Drugs. As such, the state has been doing the work to clear those charges and provide resources to those who are struggling. An expungement ruling passed by the state’s Supreme Court claims “anyone convicted of an offense that would now be legal in the state can petition to have their conviction removed from their record, get a lesser sentence for it or reclassify it to a lesser offense.”

“From the start, I’ve been clear that we need to bring more resources to bear to combat the drug epidemic that’s devastating our communities,” Republican Gov. Greg Gianforte says regarding bringing legal cannabis to the state. “Funding a full continuum of substance abuse prevention and treatment programs for communities, the HEART Fund will offer new support to Montanans who want to get clean, sober and healthy.”

As more cannabis resources continue to make their way to Montana, the already booming legal and recreational cannabis industries will keep surviving and thriving, paving the way for even more revenue and patient access. 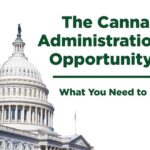 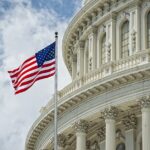