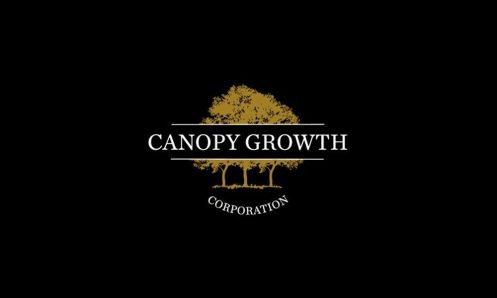 SMITHS FALLS, ON, June 29, 2022 /PRNewswire/ – Canopy Growth Corporation (“Canopy Growth” or the “Company”) (TSX: WEED) (NASDAQ: CGC) announced today that it has entered into privately negotiated exchange agreements (collectively, the “Exchange Agreements”) with a limited number of holders (the “Noteholders”), including Constellation Brands, Inc. (“CBI”) through its wholly-owned subsidiary Greenstar Canada Investment Limited Partnership (“GCILP”), of the Company’s outstanding 4.25% unsecured convertible senior notes due 2023 (the “Notes”), to acquire approximately C$255.4 million (approximately USD$198 million) aggregate principal amount of the Notes from the Noteholders (the “Transaction”) in exchange for common shares of the Company (the “Canopy Shares”) and approximately C$3 million (USD$2.35 million) in cash for accrued and unpaid interest (the “Cash Payment”).

GCILP, a subsidiary of CBI (together “Constellation”), is participating in the Transaction and will acquire a minimum of 21,929,914 Canopy Shares and up to 30,701,880 Canopy Shares pursuant to its Exchange Agreement.

In accordance with the terms of the Exchange Agreements, Canopy Growth has agreed to acquire the Notes from the Noteholders for an aggregate purchase price (excluding accrued and unpaid interest which will be paid in cash as part of the Cash Payment) of approximately C$252.8 million (approximately USD$196 million) (the “Purchase Price”), which will be payable in such number of Canopy Shares (the “Share Consideration”) as is equal to the Purchase Price divided by the volume-weighted average trading price (the “VWAP”) of the Canopy Shares on the Nasdaq Global Select Market (the “Nasdaq”) for the 10 consecutive trading days beginning on, and including, June 30, 2022 (the “Averaging Price” and such period of time being the “Averaging Period”), subject to a floor price of US$2.50 (the “Floor Price”) and a maximum price equal to US$3.50, which is the closing price of the Canopy Shares on the Nasdaq on June 29, 2022 (the “Market Price”).

GCILP currently holds C$200 million aggregate principal amount of Notes. Pursuant to the Transaction, the Company will acquire C$100 million (approximately USD$77.5 million) aggregate principal amount of the Notes held by GCILP. GCILP will be issued a number of Canopy Shares based on the VWAP during the Averaging Period, provided that GCILP will receive a minimum of 21,929,914 Canopy Shares (based on the Floor Price) and a maximum of 30,701,880 (based on the Market Price), representing between 5.4% and 7.6% of the issued and outstanding Canopy Shares on a non-diluted basis.

Constellation, though GCILP and CBG Holdings LLC, currently holds 142,253,802 Canopy Shares, representing 35.3% of the issued and outstanding Canopy Shares on a non-diluted basis. GCILP’s participation in the Transaction (the “Insider Participation”) will be considered to be a “related party transaction” within the meaning of Multilateral Instrument 61-101 Protection of Minority Security Holders in Special Transactions (“MI 61-101”). Pursuant to Section 5.5(a) and 5.7(1)(a) of MI 61-101, the Company is exempt from obtaining a formal valuation and minority approval of the Company’s shareholders with respect to the Insider Participation as the fair market value of the Transaction is below 25% of the Company’s market capitalization as determined in accordance with MI 61-101. In addition, the Transaction was approved by the board of directors of the Company with Ms. Judy A. Schmeling, a director of CBI, Mr. Garth Hankinson, Chief Financial Officer and Executive Vice President of CBI, Mr. Robert Hanson, Executive Vice President and President – Wine & Spirits Division of CBI and James Sabia, Executive Vice President and President – Beer Division of CBI, each having disclosed their interest in the Transaction by virtue of their positions with CBI and abstaining from voting thereon.

The Transactions are being conducted as private placements, and any Canopy Shares to be issued in the Transaction will be issued pursuant to the exemption from the registration requirements of the Securities Act of 1933, as amended (the “Securities Act”), afforded by Section 4(a)(2) of the Securities Act in transactions not involving any public offering. This press release is neither an offer to sell nor a solicitation of an offer to buy any securities described above, nor will there be any offer, solicitation or sale of any securities in any jurisdiction in which such offer, solicitation or sale would be unlawful.

The arbitrary nature of tax policy in California
Next Article 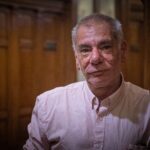