A federal judge has struck down provisions of Nebraska’s voter initiative process in a ruling that will simplify efforts to put a medical cannabis legalization measure on the ballot for the November election. In his ruling, federal district court Judge John M. Gerrard wrote that a requirement that campaigns for ballot initiatives collect signatures from 5% of the voters in 38 counties violates the Equal Protection Clause of the U.S. Constitution. Gerard issued an order on Monday barring Nebraska from enforcing the rule as activists work to collect signatures on two complementary medical cannabis legalization initiatives for the 2022 general election.

Under Nebraska law, citizens wishing to place a measure on the ballot must collect signatures from at least 7% of registered voters, including a minimum of 5% of voters in at least 38 of the state’s 93 counties. In a lawsuit, activists with the group Nebraskans for Medical Marijuana (NMM) and the American Civil Liberties Union claimed that the 38-county rule is unconstitutional because it violates rights to free speech and equal protection guaranteed under the U.S. Constitution.

The plaintiffs argued that the rule violates the principle of “one man, one vote” by making the signatures of voters in sparsely populated rural counties more valuable than the signatures of voters in Nebraska’s cities. Under the rule, the plaintiffs said that one voter in rural Arthur County is the equivalent of 1,216 voters in Douglas County, which includes Omaha, Nebraska’s most populated city. NMM also stated that the requirement violates the First Amendment rights by dictating how the group prioritizes its signature-gathering efforts.

“A county number or how likely we are to qualify has dictated where I send my resources, where I send volunteers, you know, signature collectors,” Nebraskans for Medical Marijuana campaign manager Crista Eggers, a named plaintiff in the lawsuit, told local media.

Gerrard agreed with the plaintiffs and issued an injunction prohibiting the state from enforcing the 38-county rule for ballot measures, including those currently being circulated by NMM for two related medical cannabis legalization measures.

“The State of Nebraska is absolutely free to require a showing of statewide support for a ballot initiative—but it may not do so based on units of dramatically differing population, resulting in discrimination among voters,” the judge wrote in his ruling.

Gerrard also attacked the legal argument in support of the 38-county rule advanced by Nebraska Secretary of State Bob Evnen and Attorney General Doug Peterson, who argued that if the requirement were struck down it would destroy the state’s entire initiative process.

“For the State to argue that the baby must go with the bathwater is eyebrow-raising,” Gerrard wrote in his 46-page opinion.

Activists with NMM are currently circulating petitions for two medical cannabis initiatives for the November ballot. The first proposal would “require the Legislature to enact new statutes protecting doctors who recommend and patients who possess or use medical cannabis from criminal penalty,” according to a report in the Lincoln Journal Star. Under the second initiative, lawmakers would be required “to pass legislation creating a regulatory framework that protects private entities that produce and supply medical cannabis.”

The group has until July 7 to submit at least 87,000 signatures for each of the two initiatives. So far, the group has collected a combined total of about 80,000 signatures. Leaders of the drive say that Gerrard’s ruling will make the task easier because fulfilling the 38-county rule has been a challenge, especially since the death of a major donor to the drive died in March.

“This allows me to be able to go and collect signatures from all Nebraskans,” said Eggers.

Nebraska state Sen. Anna Wishart, another leader of the campaign, said that Monday’s ruling is a “big win” for residents who want to see the medicinal use of cannabis legalized.

“Nebraskans across the state support this issue because they know a loved one, friend or neighbor, who is sick and would benefit from having access to medical cannabis,” Wishart said.

On Tuesday, a federal judge denied a motion from Evnen to stay the injunction. The attorney general’s office said that Gerrard’s ruling would be appealed, a move that received the secretary of state’s approval.

The Nebraska ACLU said it will continue working to ensure the 38-county rule is not reinstated.

“We will just have to see what Secretary Evnen does,” said Daniel Gutman with ACLU of Nebraska. “And we’ll obviously be ready to respond.” 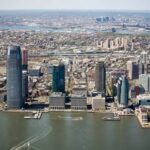 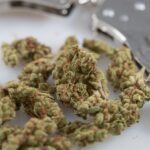