Headset calls cannabis budtenders the “heart and soul of the industry,” because they are essentially ambassadors for the plant and the industry. “Because of their extreme importance, budtender hiring, onboarding, and management is one of the most crucial tasks in any cannabis retail operation,” Headset writes in its introduction. “One of the great challenges of managing budtenders, or staff in any business, is employee turnover. Turnover is often unavoidable and always costly, so it’s essential to optimize the employee hiring and managing process wherever possible. In this report, we explore budtender turnover in the US and Canada to get an understanding of what is and isn’t normal when it comes to budtender turnover.”

The report analyzes information collected between June 2021 through May 2022, with a search in Arizona, California, Colorado, Illinois, Massachusetts, Michigan, Nevada, Oregon and Washington state, as well as the Canadian provinces of Alberta, Ontario, British Columbia, and Saskatchewan.

The percentages begin to differ when reviewing the percentages of employees who stay at cannabis dispensaries versus those who leave before the 12-month mark. In the U.S., 45.4% continued working after one year, but 54.6% left, and in Canada, 43.6% stay on while 56.4% quit.

There are many reasons that could influence budtenders to leave their jobs, and in most cases the data is similar in the markets used for analysis. “Retailers in Illinois, for example, seem to be better than average at retaining more experienced staff members for more than one year with 55% of employees hired more than one year ago,” the report states. “Conversely, retailers in Colorado and Oregon tend to have far lower retention, both with more than a third of budtenders starting and ending their employment in the past 12 months. In Canada, Alberta is a bit of an enigma with retailers tending to have slightly better retention among new employees but having lost a larger amount of more tenured employees than in other Canadian provinces.”

The report also shares that 23% of new hires in the U.S. and 24% in Canada leave before the first 30 days of their employment, which is likely attributed to an “efficient and effect new hire onboarding process.”

However, those who perform well in sales are more likely to continue working. “The better performing the budtender is, the more likely they are to continue working,” Headset concludes. “This could be simply because it feels good to do well at a job and so it’s natural to want to continue. However, budtending is still a tip-driven position in many markets and being a top performer could also mean an employee might be bringing home more total income than his or her coworkers.” 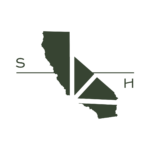 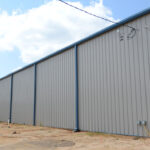