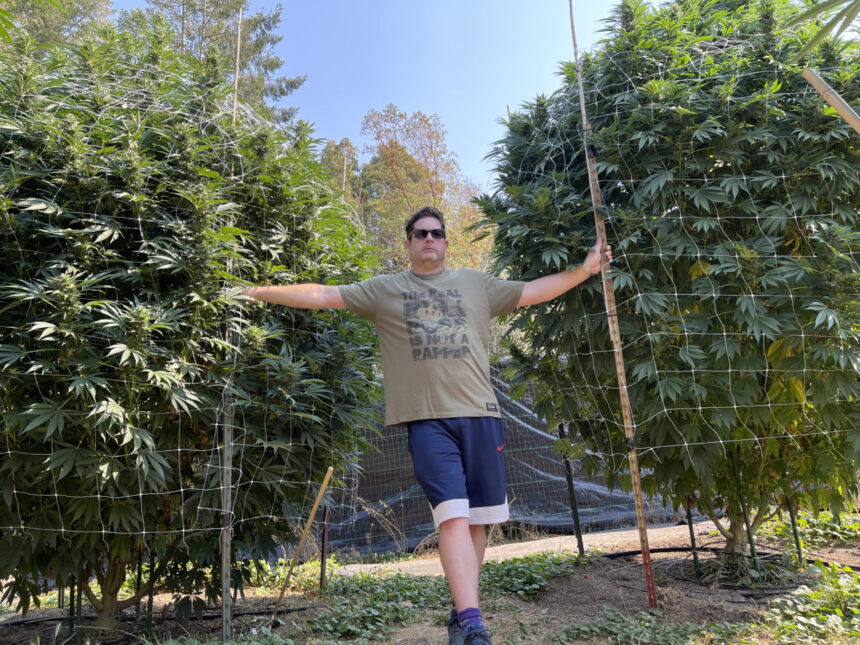 In the early 1990s Seth Ferranti was just 22 years old when he began a 21-year sentence in Federal prison for meeting supply and demand of two of America’s favorites, cannabis and psychedelics, namely LSD.

While serving time, he earned three degrees, an AA, a BA, and a Masters in Liberal Arts, with a focus on writing and journalism. While in prison Ferranti wrote and published numerous comic books on crime, penned 500 blog entries, 22 true crime novels—with many of the stories garnered from fellow inmates.

He began freelancing from prison for crime publications, telling the stories of gangsters, often from the criminal’s perspective, detailing the trials and tribulations of a failed War on Drugs, and a legal system seemingly damaged beyond repair.

Seven years ago he was released back into the general population as an adult, ready to continue telling the stories from the failed War on Drugs, with his first effort, White Boy, the true story of Rick Wershe, Jr., a 14 year old boy used by the FBI as an drug informant in the 1980s.

His own story is intriguing enough, with the ever humble Ferranti approached by filmmakers, stating, “I really haven’t finished my own story yet, because I still have a lot more to do and say.”

Ferranti was what’s referred to as a military brat, with his family moving from state to state, with stints overseas. His biological dad was in the Marines and his stepdad was a Navy combat pilot; both served in Vietnam. His mother was taught at both the high school and college level, then taught special education kids.

“We were in California when I first smoked weed at 13, and from that moment forward I spent my time sourcing for more” he shared. “When I realized I could sell a little and smoke for free, distribution was a natural evolution. When we were in England I smoked Lebanese and Moroccan hash like it was going out of style.”

The family had been stationed in California, England, and Germany, but by the time he was a 17 the family was living in Virginia, and he took a deep dive into the distribution of weed.

“For a teenager who wasn’t even 20 years old, I thought I was a big dealer—but in the grand scheme of things, I wasn’t really that big of a dealer at all,” he said. “In prison I met dudes who easily shipped thousands of pounds more than me.”

Ferranti was strictly a weed and psychedelics guy, sourcing bricks from Mexico, and material from Kentucky, Florida, and Texas at $300 and $400 a pound. Moving the substandard bricks, calling them “commercial bud,” at $1,200 a pound.

“I used to fly down to Dallas, buy 50 pounds, and fly back to D.C. with it. That wouldn’t happen today,” he laughed.

At the height of his distribution he was supplying 15 East Coast colleges in five states, Virginia, Pennsylvania, Kentucky, West Virginia, and Maryland.

Grateful Dead concerts became a lucrative side gig, as he moved up to 20 pounds a pop in its parking lot parties—with 40 pounds of Kentucky outdoor said to have been moved during the Dead’s Madison Square Gardens concert alone.

“The feds said I sold one hundred thousand hits of LSD in the nine months they were investigating me,” he said. “Psychedelics were really my side hustle, though. I made more money on the weed, but I was busted for LSD.”

Meeting supply and demand is nothing new, and the ever-changing language of dealer to healer applies today, as more states get on board to legalize medicine and recreation—though it’s all the same thing.

Your endocannabinoid system doesn’t care that you want to get high, you are reaping the benefits. Even the psychedelics he used to move are now considered beneficial, with laws being reconsidered, and substances like MDMA and psilocybin mushrooms now being made legal and more readily available in treating depression, mental disorders, and more. Not just a good time for Dead Heads.

In the summer of 1991 Ferranti was shut down, with Federal Agents arresting him, as said, not for his lucrative weed trade, but for the LSD.

Quoting Hendrix, “Castles made of sand slip into the sea, eventually,” Ferranti said at the age of 20, facing multiple decades in prison for a first-time, nonviolent offense.

“I was given two choices when they arrested me, cooperate or go to prison,” he said. “I chose the ‘fuck off’ approach, and went into hiding for two years. The U.S. Marshals put me on the Top 15 Most Wanted List, but, I’ve never felt like a criminal—because I don’t feel there’s anything wrong in using cannabis or psychedelics. I’ve always felt like an activist for weed and LSD. I’ve always felt like an outlaw forced to hide out.”

With a little money stashed away, Ferranti said he first fled to California, but ran out of funds in about six months, relocating to St. Louis, Missouri by train, via Amtrak.

As fate would have it, silver linings abound, and while in exile in St. Louis he met Diane Schulte, the woman who said she fell in love with him at first sight, just six months before his capture. Schule stayed with him through 21 years of incarceration, and is still by his side today as his wife.

“Diane was a Court Reporter, ironically,” he said. “My brand Gorilla Convict and the life I have in writing today would not have happened without her help. That’s the truth. I would have been just another frustrated writer in prison if she hadn’t of helped me. She established my blog, built my website, created my brand, helped me get things published, and has given me her love and support through it all.”

“She’s really been my Executive Producer on every project I’ve been involved with in film, and she’s my Assistant Director on set—until she gets too bossy, then I send her home,” he laughed.

Telling the Stories of Persecution

Ferranti’s factual film, White Boy, streamed on Netflix for one year, after an 18 month run on STARZ. As of this writing, it’s now streaming on Amazon and iTunes. This true story from the failed War on Drugs is poignant, with Ferranti already in development and pre-production with more stories from the front lines—his passion and now life’s work.

“We all know about the corruption of the courts, and the discrimination within the failed War on Drugs, but the stories need to be told on a grander scale,” he said. “It’s the only way to stop this war on people and plants, under the guise of drugs.”

Currently, he’s in post production with Tangled Roots, a documentary telling the stories of cannabis farmers to the north in Southern Humboldt, California—the legacy farmers now struggling with unreasonable ordinances and high taxes in a newly regulated market.

“When I went up there to meet them all and film, I realized they are my tribe,” he shared. “Theses dudes are just like me, have gone though similar things, have the same stories of persecution and prison, and like me, jumped right back into the game. I may not deal any longer, but I’m still a cannabis and psychedelic activist—and always will be. Prison didn’t change that for me or for the farmers who have served time.”

Of the many projects he’s working on at different phases of development is a documentary titled, Psychedelic Revolution: The Secret History of the LSD trade, telling the story of the first days of Timothy Leary and others discovering, using, and being persecuted for psychedelics.

“My focus is on documenting the stories from the drug war the mainstream media won’t or can’t tell because of bad laws or out of ignorance,” he continued. “When I wrote true crime stories from prison I was punished by being put in the hole more times than I can say for telling the stories. But, it didn’t stop me, in the hole all there was to do was write.”

Looking back, he has little regrets. The once-straight-A student, the kid that played basketball, rode dirt bikes, and skateboarded as a run-of-the-mill teenager, may have detoured for the plant along the way, morphing into a character from Fast Times at Ridgemont High, but his focus remained.

“Returning to a 420-friendly world as a 43-year-old man was an eye opener,” he said. “They call me an OG now, because I sacrificed my freedom so my peers could partake.”

Out of prison, from the halfway house, he remembers looking in awe on the internet at the images of modern bud, dripping with trichomes, and all the different strains unfamiliar to him at the time.

“Seeing all this weed online reminded me of the first time I cracked open an issue of High Times, but now everything seems to be on steroids,” he surmised. “It’s a brave new world for weed, indeed. I just remember thinking I couldn’t wait to get out of the halfway house so I could smoke again. That’s the part that never changes, no matter how many times you’re put in a hole because of this plant, literally and figuratively.” 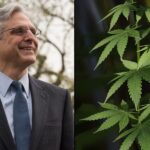