The House Appropriations Committee approved a legislative amendment on Tuesday that would protect businesses and individuals participating in recreational cannabis programs legal under state law from interference and prosecution by the federal government. The amendment, which attaches a budget rider to the 2023 Commerce, Justice, Science and Related Agencies appropriations legislation, was approved by a voice vote before the committee passed the entire bill by a vote of 31-24.

No Federal Funds for Weed Prosecutions

Under the budget rider, the Department of Justice is prohibited from using federal resources to interfere with the authority of states, territories, tribal governments, or the District of Columbia to enact legislation to regulate the production, sale and use of cannabis. The legislation passed by the House also prohibits the government from taking action against adults who are acting in compliance with adult-use cannabis programs legal under state, tribal or territorial law.

“Congress must honor the will of the voters and prevent wasteful Department of Justice prosecution of those complying with their respective state’s or tribe’s cannabis regulations,” Blumenauer said in a statement. “I have spearheaded the work to develop this language, which protects the state and tribal-legal programs that have been enacted laws to end prohibitionary policies and allow the development of both adult-use and medical marijuana programs.”

Similar amendments have been approved by the full House of Representatives as part of omnibus appropriations legislation over the last two years but they were not included in the final version of the bills. Since 2014, Congress has passed appropriations bills that included protections for those acting in compliance with state-legal medical cannabis laws.

In 2018, former Attorney General Jeff Sessions rescinded the Cole Memo, which since 2013 had directed the Department of Justice to assign a low priority to prosecutions for cannabis offenses legal under state law. Current Attorney General Merrick Garland has repeatedly said that enforcing marijuana prohibition laws are generally not an effective use of federal resources, although prosecutions continue in many jurisdictions.

Morgan Fox, the political director of the National Organization for the Reform of Marijuana Laws (NORML), applauded the passage of the amendment in a statement from the cannabis policy reform advocacy group.

“As federal lawmakers steadily work to determine the best way to finally end marijuana prohibition and undo the damage it has caused, the people involved in regulated cannabis programs in the growing number of states that are leading the way on this issue deserve to know whether the federal government will actively get in the way of their continued successes,” said Fox. “Including these protections in the federal budget will go a long way toward giving individuals, businesses, and state governments some peace of mind while signaling to the vast majority of Americans who support legalizing and regulating cannabis that their elected representatives are actually listening to them.”

Reaction to the passage of the budget rider from representatives of the growing cannabis industry was mostly positive, although many experts noted that the legislation does not go far enough. Katrina Skinner, general counsel and chief banking officer at cannabis compliance platform Simplifya, said that while the amendment passed by the Appropriations Committee is a positive sign that some lawmakers are ready to make progress on policy reform, it does not have the force of comprehensive legislation to legalize cannabis nationwide. Skinner noted that previous legislation known as the Rohrabacher Farr amendment to protect state-legal medical cannabis programs was not applied consistently around the country.

“Although the House Bill is another symbolic step in the right direction for protecting state legal cannabis industries, it is unlikely to provide practical protections from federal law enforcement interference,” Skinner wrote in an email to High Times. “As we have seen before with the Rohrabacher Farr appropriations rider, federal law enforcement agencies have taken a narrow view about what constitutes ‘interference,’ and judicial decisions have differed by jurisdictions.”

“Finally, as worded, the bill does nothing to help protect interstate commerce rights for licensed operators, including transporting funds derived from legal sales across state lines so that the businesses can obtain limited banking services,” Skinner continued. “So long as marijuana remains illegal federally, federal law enforcement agencies have the right to investigate and prosecute violations related to the CSA.”

“This measure reflects the increasingly popular opinion that the federal government has no business interfering in state cannabis programs,” Sederberg wrote in a statement to High Times. “As Congress works to find more comprehensive solutions to repealing federal prohibition, it is important that states continue to implement regulatory programs aimed at protecting public health and safety.” 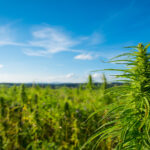