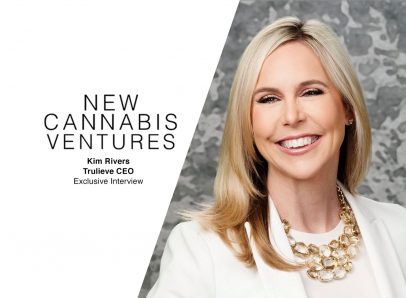 Trulieve (CSE: TRUL) (OTCQX: TCNNF) started with the goal of building a sustainable company with the breadth and depth to define the future of cannabis. Today, the company is profitable and continuing to grow its U.S. market reach. CEO Kim Rivers last checked in with New Cannabis Ventures in December 2021, and she followed up in 2022 to talk about the company’s growth strategy and revenue expectations for this year.

Rivers is a big believer in bringing diversity of thought to the Trulieve leadership team. The company is always on the lookout for new talent, and acquisitions often come with new leaders. For example, the Harvest Health & Recreation deal brought Steve White to the Trulieve team; he currently serves as president of the company.

Some other recent additions to the team include Nicole Stanton as General Counsel and Christine Hersey as Director of Investor Relations.

Trulieve has an industry-leading retail footprint across key strategic markets, according to Rivers. The company currently has 173 dispensaries open. It opened 14 new retail locations this year, and it is relocating up to six dispensaries. Trulieve has also rebranded 22 acquired retail locations in Maryland and Pennsylvania. In addition to its retail progress, the company has added and optimized supply chain capacity in Arizona, Florida, Massachusetts, Maryland and West Virginia.

Florida, Pennsylvania and Arizona are Trulieve’s cornerstone markets. In Florida, the company has opened new retail locations and brought a new cultivation facility online. The facility will be 750,000 square feet and feature a high level of automation once it is fully built out. Trulieve is considering additional expansion under the state’s current medical program, and it is looking forward to bringing more capacity online whenever adult-use moves forward.

In Pennsylvania, the company has rebranded and brought retail locations under the Trulieve banner. It is focusing on branded retail and wholesale in that market. The company is also focusing on its retail footprint and launching its brands in the Arizona market.

Trulieve has operations across three regional hubs: Southeast, Northwest and Southwest. The company will be keeping an eye out for attractive opportunities, whether organic license wins or M&A, to continue growing its footprint.

Trulieve completed the Harvest Health & Recreation deal in October 2021. Integrating such a large acquisition has come with valuable lessons. The Trulieve team was able to sit down with a former competitor and compare notes. What works? What doesn’t work? The combined structure of the two companies will have a significant impact on Trulieve 2.0, according to Rivers. Harvest brings its model of strong in-market leadership, which pairs with Trulieve’s model for operational excellence.

So far, the Harvest transaction as performed on pace with expectations, according to Rivers. The company saw a number of opportunities during the due diligence process, and it has been executing on those following the close of the deal. For example, Trulieve has invested in supply chain in Arizona and worked on retail alignment in Pennsylvania.

At the beginning of 2022, Trulieve closed a $75 million private placement at 8 percent. The company currently has enough capital to execute on its strategic plan, and it is comfortable with its current debt position, according to Rivers.

Trulieve has been able to reposition some of the Harvest debt, which was shorter-term with a higher interest rate, to a position more in line with Trulieve’s standards. Thus far, the company has not participated in any convertible debt instruments, according to Rivers. She is confident in the company’s ability to service its debt and to leverage the capital at its disposal.

The company has released 2022 guidance of $1.3 billion to $1.4 billion in revenue and adjusted EBITDA of $450 million to $500 million. Those expectations are being driven by the Harvest acquisition, supply chain investments and branded retail, rather than any kind of regulatory catalyst. Trulieve continues to track many KPIs as its business grows. The team closely watches customer retention, as well as margin and cash generation.

Uncertainty is shaping the macroenvironment, but Rivers sees opportunity in that uncertainty. Trulieve faced similar pressure in 2019, and the leadership team was able to make decisions that positioned the company for growth. The team is working through strategic sessions together to capture opportunities to drive growth going forward. With the company’s profitability, Rivers is confident Trulieve will be able grow and add additional assets to its portfolio.

Rivers’ inside ownership in the company is an expression of her confidence in Trulieve and its team. And Rivers is not alone. On one recent day, every member of the company’s executive team purchased shares. The decision was an organic one, according to Rivers. Two team members voiced their plans to buy shares, and everyone else on the executive team decided to as well. Trulieve is her life’s work, and she wants to show solidarity with shareholders.

To learn more, visit the Trulieve website. Listen to the entire interview: 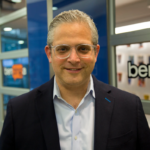 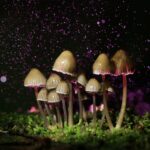