Native American tribes in Montana have been reluctant to apply for cannabis licenses set aside for them by the state’s marijuana regulation bill after a government regulator placed restrictions on the size of cultivation operations allowed by the permits.

In 2020, Montana voters passed Initiative 90, a measure to legalize pot for use by adults and allow for the production and sale of cannabis. The following year, state lawmakers passed House Bill 701 to establish a regulatory framework for commercial cannabis production and retail sales. HB 701 set aside cannabis licenses for the state’s Native American tribes, with each tribe automatically allocated a single combined-use license to cultivate and sell cannabis. Under the provisions of the measure, the facilities authorized by the licenses must not be on tribal land, and the cultivation and retail operations must be in the same location.

Following the 2021 legislative session, the Economic Affairs Interim Committee attempted to confirm with the Department of Revenue that the licenses, while defined in state statute as tier 1 licenses limited to 1,000 square feet, could be eventually upgraded to a license allowing for a larger cultivation operation. But in a reply letter sent to the committee on June 2, Brendan Beatty, director of the Department of Revenue, wrote that tribes are not permitted to expand beyond the cultivation space permitted by tier 1 license.

But lawmakers including state Sen. Jason Small, a member of the Northern Cheyenne tribe, say the restriction to tier 1 grows, the state’s smallest permitted facilities, will limit the tribes’ success and serve as a barrier to entry into Montana’s regulated cannabis industry.

“During the last legislative session, a lot of the tribes and the legislators saw this as an opportunity, finally, for the tribes to get in on equal footing on the ground floor of the marijuana industry, and start bringing in additional revenue for themselves,” the lawmaker told the Montana Free Press.

Small was a supporter of including the automatic combined-use licenses in House Bill 701. Since the legislation passed, he has been advising other members of the Northern Cheyenne community who are considering a foray into the legal cannabis industry. So far, none of Montana’s tribes have applied for the licenses reserved for them by House Bill 701. Small believes that the restriction to tier 1 licenses is at least partly responsible for the tribes’ hesitancy.

“Unfortunately, it seems the Department of Revenue has been trying to hamstring our efforts,” he said. “I’ve had conversations with a couple of different tribes that say, ‘Why even bother if they’re handicapping us here?’”

In his letter, Beatty cites language from HB 701 stipulating that “a combined-use marijuana license consists of one tier 1 canopy license and one dispensary license allowing for the operation of a dispensary.” He added that the restriction limits the licenses set aside for the tribes to a cultivation operation of no more than 1,000 square feet.

State Sen. Shane Morigeau, a member of the Economic Affairs Interim Committee, also supports the licenses for tribes and collaborated with the Department of Revenue to clarify HB 701. He says that the restriction Beatty is calling for is not consistent with the intent of the bill.

“Obviously tier 1 is the entry point, not the ceiling,” said Morigeau. “Among Democrats and Republicans alike on the committee, we’ve agreed that’s not what the bill language says and [the restriction to tier 1] is not what we wanted.”

Morigeau believes that an administrative rule approved after HB 701’s passage clarifies the lawmakers’ intent, noting it says that the licenses reserved for Native American tribes “are subject to the marijuana laws” that govern all of the state’s cannabis licenses.

“The rule anticipated what the Legislature wanted,” said Morigeau. “The Economic Affairs Interim Committee has been very clear about it.”

During a meeting of the Economic Affairs Interim Committee in April, Kristan Barbour, the administrator of the Department of Revenue’s Cannabis Control Division, acknowledged lawmakers’ desire to allow the licenses to expand in the future.

“We’ve been given direction by this body that you would like to treat this license like other licenses,” said Barbour.

But Beatty argues that Barbour’s position is not consistent with HB 701.

Although the restrictions put in place by the Department of Revenue are impacting the licenses set aside for tribes by the legislature, they do not permanently block Native American communities from participating in Montana’s regulated cannabis industry. When the state moratorium on new cannabis licenses expires on July 1, 2023, members of tribal communities will be allowed to apply for licenses that do not include the revenue department’s limitations. 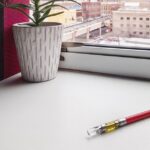