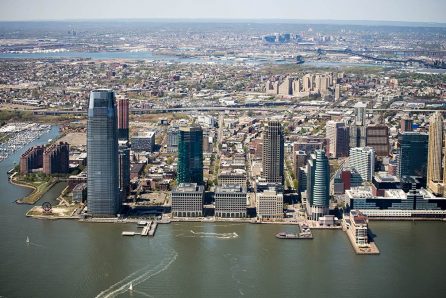 Adult-use cannabis sales began in New Jersey on April 21, making it the 18th state to authorize adult sales. More than 12,000 customers lined up in the Garden State, buying nearly $2 million worth of recreational cannabis products on the first day of sales, according to the state Cannabis Regulatory Commission. One month into sales (April 21 to May 21) regulators said consumers purchased $24.2 million at the 12 dispensaries approved to sell adult-use cannabis.

On April 20, the day before adult-use sales began, Alternative Treatment Centers (ATC) dispensed 5,400 ounces of medicinal cannabis and cannabis products across New Jersey. In the five days following the beginning of adult-use sales an additional 7,500 ounces were dispensed to patients, according to the commission.

The CAC has approved 152 personal use licenses according to the CAC: 92 are for cultivation, 45 for manufacturing, 11 for retail and 4 for testing labs.

Acreage Holdings (CSE: ACRG) (OTC: ACRHF) launched its adult-use cannabis operations in two New Jersey locations – Egg Harbor Township and Williamstown. Acreage was among the inaugural group of cannabis operators to begin adult-use sales on April 21. “After serving New Jersey medical patients for almost five years, we are thrilled to be among the first operators establishing New Jersey’s adult-use market. With New Jersey adult-use sales projected to reach $2.4 billion by 2026, The Botanist is well-positioned through our expanded cultivation capabilities to meet consumer demand and increase sales in the coming years,” said Peter Caldini, CEO of Acreage. Canopy Growth has a purchase arrangement to own almost 70% of Acreage upon permissibility.

Ascend Wellness Holdings (CSE: AAWH) (OTC: AAWH) announced in April it had been approved to sell adult-use cannabis at its Ascend Rochelle Park dispensary. The company currently operates two of the state’s 23 medical dispensaries and said it expects to sell adult-use cannabis products at its Montclair retail location and open a third dispensary, in Fort Lee, later this year. AWH also was approved by the New Jersey Cannabis Regulatory Commission to begin adult-use cultivation and manufacturing operations at its Franklin facility, which includes 16,000-square-feet of canopy that will reach 100,000 square feet by year-end 2023. Recently, the company scaled its cultivation capabilities to keep pace with the growing total addressable market projected to exceed $2 billion by 2025.

Columbia Care (CSE: CCHW) (OTC: CCHWF) has two recreational dispensaries. On June 7, the company announced it started operations in its new approximately 270,000-square-foot cultivation and production facility in New Jersey, began using post-harvest automation equipment, and expanded its adult use shopping hours at both of its cannabis locations in Deptford and Vineland to the maximum number of hours allotted by the New Jersey Cannabis Regulatory Commission. The company also operates a 50,000-square-foot facility, also located in Vineland, and has a third retail location in development in New Jersey, which is expected to open later in 2022. Multi-state operator Cresco Labs will soon be closing the acquisition of Columbia Care with an estimated closing timeline of year-end according to the company.

Curaleaf Holdings (CSE: CURA) (OTC: CURLF), began adult-use sales at its Edgewater Park, New Jersey dispensary on May 25. It is the company’s second location to sell adult-use cannabis in the Garden State. “After a successful adult-use launch in April, we are thrilled to expand our adult-use footprint allowing us to serve even more New Jersey consumers,” said Matt Darin, CEO of Curaleaf in a news release.

Green Thumb Industries’ (CSE: GTII) (OTC: GTBIF) RISE Bloomfield and RISE Paterson were among the first stores to begin adult-use sales on Day One. The company also has RISE Maramus, which sells medical cannabis. GTI entered the New Jersey market in 2018 and operates a manufacturing facility in Paterson that produces and distributes its branded products including Rythm premium flower and vapes.

TerrAscend (CSE: TER) (OTC: TRSSF) announced on April 20 that it had received an amended cannabis business cultivation and manufacturing license permitting it to grow, produce and sell adult-use cannabis products. Initial sales began at the company’s Apothecarium Maplewood and Phillipsburg locations, and the company said it intends to request authorization for its planned dispensary in Lodi, which is expected to open in Q2 2022. The company operates a 140,000 sq. ft cultivation and processing facility located in Boonton. TerrAscend recently completed its acquisition of Gage Growth, bringing its cannabis brands into New Jersey. Canopy Growth has a 20% stake in TerrAscend.

Verano Holdings (CSE: VRNO) (OTC: VRNOF) was approved to begin adult-use cannabis sales at its Zen Leaf Elizabeth and Lawrence Township dispensaries. The company also operates a medical cannabis dispensary that soon will commence adult-use sales, along with a state-of-the-art, 120,000 square foot cultivation and processing facility in Branchburg, according to a news release. Earlier this year, Verano entered into an agreement to acquire Goodness Growth to establish a presence in the neighboring state of New York as well as Minnesota and New Mexico.

Ayr Wellness (CSE: AYR) (OTC: AYRWF) received approval to begin adult-use sales on May 24. Ayr currently operates medical dispensaries in Woodbridge, Union, and Eatontown, all located in Central New Jersey, a region of 3.4 million people which until now only had access to two adult-use dispensaries. The company’s three retail locations are the maximum allowable dispensaries under current state law. “This is a significant milestone for Ayr, and I am so proud of our team for making it a reality,” said Julie Winter, Ayr’s Vice President of Retail Operations in New Jersey. “We look forward to opening our doors to adult-use customers, while continuing to provide excellent service, quality, and choice to our medical patients.”

On July 2, 2019, Gov. Phil Murphy signed the Jake Honig Compassionate Use Medical Cannabis Act into law. Under the law, patients under the care of licensed medicinal practitioners can access cannabis-based medicine from regulated and monitored facilities.

As part of medicinal treatment, patients receive cannabis orders from their doctor or other healthcare practitioner of up to 3 oz for every 30-day period. Cannabis orders are filled at one of the state-licensed Alternative Treatment Centers (ATC) across New Jersey.

The commission gave its approval to expedite the process for medical cannabis retailers to move into recreational sales. Previously, those retailers had to wait a year. However, once they can prove they can meet certain expansion standards, they are eligible to apply.

BDSA is predicting that New Jersey’s adult-use sales will push the state to become one of the fastest growing cannabis markets in the country.

“With a strong foundation set by the medical program and rapidly rising consumer participation, BDSA expects New Jersey to be the third largest contributor to overall U.S. cannabis sales growth by 2026. New Jersey is forecast to bring in $530 million in adult-use sales in 2022, bringing total cannabis sales in NJ for the year up to almost $800 million,” the company predicts.

Illinois Combined Medical and Adult-use Cannabis Sales Decline 2% Sequentially in May to $159.9 Million 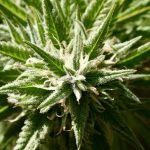