New Jersey is making headlines with their policy of prioritizing folks with prior cannabis convictions when it comes to working legally in the industry.

While putting social equity first and allowing people of color and those affected by the War on Drugs a chance to enter the industry is nothing new, this state is taking things one step further and actually giving priority to those with convictions.

According to a video by VOA News, Tahir Johnson and Jon Dockery, two lifelong friends, have been arrested multiple times for cannabis possession. Now, thanks to this new law, they will be some of the first who will be able to sell cannabis legally in the state.

The program was set up by New Jersey’s cannabis regulatory commission, and it also creates priority status for other folks, including minority-, woman-, disabled-, and veteran-owned businesses certified as such by the New Jersey Department of the Treasury, and those who have businesses owned by folks located in an impact zone, a low-income area more impacted by the War on Drugs.

Then there is the social equity piece. This includes businesses owned by people who live in economically disadvantaged areas of the state, as well as those who have expunged or non-expunged prior cannabis convictions.

“Social equity businesses, diversely owned businesses, and impact zone businesses will be prioritized in the licensure process so that their applications are reviewed before other applicants—regardless of when they apply,” the state’s website explains. “Applications from entities that meet criteria for more than one priority status will be reviewed, scored, and approved in accordance with the status of highest priority.”

Johnson and Dockery received two of the 11 priority licenses given out so far because of prior cannabis convictions. Both men have been arrested multiple times for cannabis possession.

“We’ve been arrested for cannabis, and now we have a chance to share in the market and the wealth being created here,” Dockery says regarding their second chance and their new foray into the industry.

According to the ACLU, Black people are four times more likely than whites to be arrested for cannabis use, possession, and sale. This is why many states are taking this disparity into account when it comes to laws and regulation.

Wesley McWhite of the New Jersey Cannabis Regulatory Commission says in the video, “We wanted to make sure that we are addressing the negative social impact of cannabis prohibition, so it was important to make sure that those who have the most barriers have an easier time getting licenses and into the industry.”

However, not everyone is happy with this rule. Unsurprisingly, a police group spoke out against this allowance. Patrick Phelan of the New York Association of Chiefs of Police feels that doing this is “rewarding if not encouraging criminal activity.”

Of course, this argument ignores the fact that most people would much rather have never gotten a life-impacting cannabis conviction, whether or not it helps them get into the legal industry now, and that the whole point of measures like this is to rebuild a society in which cannabis is a legitimate industry and not a criminal one.

New Jersey’s closest neighbor, New York, has set aside a social equity fund of $20 million for similar reasons, hoping to rebuild an industry in the image of the folks who were the most impacted.

While this will in no way completely erase the harm done by the War on Drugs in New Jersey, it is a positive step towards filling the industry with the folks who are already familiar with it and suffered because of illegal cannabis in the past. 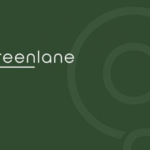 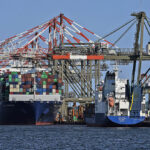