With legal sales of recreational cannabis in New York still months away, state regulators are cracking down on unlicensed businesses that have jumped the gun and are already selling weed. Last week, officials with the New York Office of Cannabis Management (OCM) publicly identified 52 businesses that have been sent cease-and-desist orders directing the shops to stop all illicit cannabis sales.

“You are hereby directed to cease any, and all, illegal activity immediately,”  read the cease-and-desist letters quoted by The Gothamist. “Failure to cease this activity puts your ability to obtain a license in the legal cannabis market at substantial risk.”

The OCM added that the identified retailers were falsely depicting their businesses as licensed cannabis dispensaries. OCM Chair Tremaine Wright said in a press release that unlicensed sales, including via businesses that provide ostensibly free marijuana products with the purchase of other merchandise, are illegal and pose a health risk to the community.

“There are no businesses currently licensed to sell adult-use cannabis in New York State. Selling any item or taking a donation, and then gifting a customer a bag of untested cannabis does indeed count as a sale under New York’s Cannabis Law,” Wright said in a statement from the agency. “You need a license to sell cannabis in New York. Licensed sales and a regulated market are the only way New York’s customers will be assured that the cannabis products they are purchasing have been tested and tracked from seed to sale. Sale of untested products put lives at risk.”

The cease-and-desist letters sent by the OCM note that continued illicit sales of marijuana by the identified retailers will make the businesses ineligible to receive a cannabis business license from the agency in the future. If the business storefronts named by the agency fail to end operations immediately, they will be referred to Cannabis Control Board “for permanent barring from receiving any cannabis licenses in New York State,” the agency stated.

“These stores are masquerading as licensed, regulated businesses, but they are nothing of the sort. They aren’t creating opportunity, they are creating confusion – New Yorkers think they’re buying a high-quality, tested product when they aren’t,” said Chris Alexander, executive director of the Office of Cannabis Management. “Not only are these stores operating in violation of New York’s Cannabis Law, but they also are breaking state tax and several municipal laws. I look forward to working with other regulatory bodies across the state to hold these stores accountable for their flagrant violations of the law.”

The identified businesses were originally sent cease-and-desist orders in February, advising them that their operations were illegal under the Marijuana Regulation and Taxation Act (MRTA), which was passed by New York lawmakers last year. The OCM announced the regulatory action at the time but declined to publicly identify the affected retailers. But after pressure from local media, the OCM made the list of storefronts that had been warned by the agency available last week.

“We have an obligation to protect New Yorkers from known risks and to strengthen the foundation of the legal, regulated market we are building. We will meet the goals of the MRTA to build an inclusive, equitable and safe industry,” Wright said in February. “Therefore, these violators must stop their activity immediately, or face the consequences.”

The OCM also noted last week that it has received information from law enforcement and the general public about additional retailers who may be selling cannabis in violation of the law and will be reviewing the tips for possible additional regulatory action. The agency added that until sales of adult-use begin at licensed retailers, which is expected to happen later this year, the only legal way to procure safe, lab-tested cannabis is through the state’s regulated medical marijuana program.

“New York is building the most equitable cannabis industry in the nation, one that prioritizes those communities most harmed under cannabis prohibition. Stores selling unregulated cannabis products without licenses undercut those efforts. Plain and simple,” said Damian Fagon, OCM chief equity officer. “Illicit stores don’t contribute to our communities, they don’t support our public schools and they don’t protect consumers. That’s why we’re working with partners across [the] government to investigate these operations and hold them accountable.”

One of the operations identified last week by the OCM is the Empire Cannabis Club, which has two locations in Manhattan. At Empire, customers purchase a daily or monthly membership to the club and receive cannabis as a free gift. Steve Zissou, a lawyer representing Empire, said that the company is confident that its operation is legal under the MRTA, which defines what constitutes a “sale” of cannabis and specifically allows the transfer of up to three ounces of cannabis “without compensation.”

“Empire’s business model is based on that,” said Zissou. “It’s a non-charitable, not-for-profit cannabis dispensary that does not receive compensation for the transfer of cannabis.”

The attorney added that Empire is prepared to defend its position in court if necessary.

“There’s an old saying: If you want peace, prepare for war,” Zissou said. “And so Empire wants peace, but they’re prepared for war if and when it comes.”

Why Cannabis Investors Should Focus on Individual State Regulations
Next Article 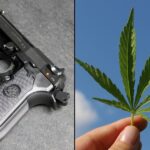