Community colleges in New York are set to receive millions in funding “to support the creation or enhancement of short-term credential programs or course offerings that provide pathways to employment in the cannabis industry,” the state announced on Monday.

Four schools that are a part of the State University of New York (SUNY) and City University of New York (CUNY) systems will receive a total of $5 million that the state said will support “programs that will create or enhance non-degree and degree-eligible courses and programs, stackable credentials, and/or microcredentials that quickly address local employer skill needs within the cannabis sector, a projected multi-billion dollar industry with tens of thousands jobs.”

“New York’s new cannabis industry is creating exciting opportunities, and we will ensure that New Yorkers who want careers in this growing sector have the quality training they need to be successful,” New York Gov. Kathy Hochul, a Democrat, said in a press release on Monday. “Diversity and inclusion are what makes New York’s workforce a competitive, powerful asset, and we will continue to take concrete steps to help ensure everyone has the opportunity to participate in the cannabis industry.”

The funding is part of the Empire State’s continued preparation for its new regulated cannabis industry that is expected to launch at some point this year.

New York legalized recreational pot use for adults last year, which gave the greenlight to individuals 21 and older to toke up in public and to carry up to three ounces of weed.

As in other states that have ended pot prohibition, New York has made a concerted effort to provide a redress to those who have been harmed by the War on Drugs.

Earlier this year, the state said that the first round of dispensary licenses would go to individuals previously convicted of pot-related offenses, or family members of individuals with such convictions.

In the announcement on Monday, the state said that the “cannabis credentialing program aligns with Governor Hochul’s continued commitment to delivering new employment opportunities to New Yorkers, especially those from historically underserved communities, while also supplying local employers with a highly skilled, locally sourced talent pool.”

One CUNY campus—Borough of Manhattan Community College—will receive $2 million, and will “serve as lead campus with partner Lehman College” and is expected to include more than 360 participants.

Those selected schools “must also partner with local employers in the cannabis industry and receive their input on curriculum development,” the state said in the press release, which also noted that “the New York State Department of Labor and the Office of Cannabis Management will support efforts to expand learning opportunities by helping to connect businesses and job seekers to these essential training programs.” 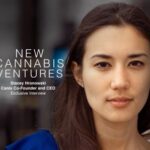 This Cannabis ERP Platform Is Going After Leading Marketshare
Next Article