New Zealand’s recently revived cannabis eradication has gotten out of control, residents say. A couple growing three weed plants last February, for instance, were having dinner together when a helicopter flew overhead, spraying chemicals onto their three weed plants that they used for medical reasons.

The program isn’t settling well in the modern world—not at a time when nearly 70% of New Zealanders support legalization or decriminalization. Both leaders and residents are fed up with the waste of resources as the country races toward cannabis reform.

Legalization backer and Green MP Chlöe Swarbrick said spraying cannabis plants from helicopters isn’t the way to solve this. Last February, the New Zealand Police National Headquarters made the decision to revive its cannabis eradication program, which was canceled in January 2021.

“But obviously, we have an incredibly ineffective law when this amount of money is being continually spent on an annual basis, and making no effect on the supply on the streets,” Swarbrick told Stuff.co.nz yesterday.

Instead, Swarbrick suggested focusing on a real problem the country is grappling with—such as meth. On June 9, the New Zealand customs issued a news release that they had uncovered “435 grams of methamphetamine, approximately $455,000 in cash, and clan lab-related items.”

New Zealand Drug Foundation executive director, Sarah Helm, agreed that the police policies don’t align with what is happening across the country. “Nearly half of the country voted for full legalization of cannabis in the 2020 referendum,” Helm said. “Polling commissioned last year by The Helen Clark Foundation found 69 per cent of New Zealand respondents supported either full legalisation or decriminalisation of cannabis.”

According to uncovered documents provided to Waikato Times under the Official Information Act of New Zealand, the country spent $2,653,878 on aerial spraying cannabis nationally over the past five years. Locals are fed up that over $2.6 million was spent on destroying what the majority of the country supports.

Over 48% of New Zealander voters said they support legalizing cannabis in a referendum held last year. A poll conducted by market research firm UMR for the Helen Clark Foundation found an additional 20%, give or take, voted no but said they think cannabis should be decriminalized, bringing the total to 69%.

What the F*** are Cops Spraying on Weed?

So what exactly are cops spraying on weed? A journalist from Te Ao Māori News also wanted to know in 2018.

Officers were asked what substances they were using and one officer told Te Ao Māori News “nothing, just dye and water.” But local resident Whetu Paitai caught cops in the act, pouring a mysterious blue liquid onto the beach, and posted a video on Facebook. It turns out it’s the same herbicide they’re using to kill weed plants.

“I took a photo of the container and Googled them to find they were a weed killer called Bio-Safe from AGPRO,” Paitai said. “They have a hazchem code of 2XE which means any waste material is to be contained and removed to be correctly disposed of, as opposed to material that you can just dilute down,”

According to AGPRO Bio-Safe’s Safety Data Sheet (SDS), it can harm aquatic life with “long lasting effects,” and it is classified a poison despite being produced using natural ingredients.

A police spokesperson claimed the spray used only affects plants and has no major impact on the soil. “A blue marker dye, which is non-toxic and environmentally safe, is used to alert growers to the fact that a plant has been sprayed,” the spokesperson said in a statement.

We can learn from the past when it comes to herbicides. When U.S.-funded cannabis eradication programs in Mexico (and other countries) in the 1970s used the dangerous herbicide paraquat, the weed made its way back into the United States where it ended up harming Americans.

In March 1978, 21% of marijuana samples surveyed from the southwestern United States were found to be contaminated with paraquat. A recent study on paraquat poisoning in 2020 shows that “the in-hospital mortality rate was 72.7%” of people surveyed, with “acute kidney injury” being the major reason. It is also believed to cause Parkinson’s.

There are dangerous effects of smoking pesticides, herbicides, and fungicides (in legal operations, especially myclobutanil). On top of that, herbicides can harm foliage, shoots, flowers, and fruits—and the spray gets everywhere. Lab-tested legal weed is typically tested for contaminants like those. There must be better ways of mitigating illegal cannabis crops without spraying chemicals on them. 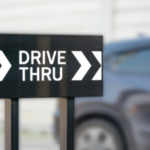 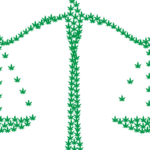 Medical Marijuana Enrollment At All Time High And Chronic Pain Is The Reason, Here’s How We Know – Benzinga
Leave a comment Leave a comment