A New York Police Department memo made public on Wednesday advised officers that they would no longer face drug tests for cannabis, although the department quickly reversed course and announced that screenings for weed would continue while the policy is reviewed.

“The New York City Law Department has directed the NYPD to cease all random, scheduled and pre-employment testing for marijuana,” an NYPD spokeswoman said early Wednesday. “The Department will continue to administer marijuana screenings to personnel when there is indications of impairment and is reviewing its current policies in light of this directive.”

The memo from the Law Department, which was dated July 11, said that such screenings for marijuana are inconsistent with last year’s Marijuana Regulation and Taxation Act, which bans repercussions on employees for off-duty recreational cannabis use. After receiving the directive from the city’s Law Department, the NYPD Commissioner for Legal Matters sent a memo to department heads to notify them of the policy change.

“The rationale behind this determination is that there is no test for marijuana that conclusively determines current intoxication, making it impossible to determine by drug test alone whether an employee has tested positive for marijuana because of improper use on the job or use during statutorily protected off-hours use,” reads NYPD the memo.

“Therefore, starting immediately, the Department should only drug test a member of service for marijuana if there is reasonable suspicion that the member is impaired by marijuana on the job in such a manner that impacts their job duties or where there is a federal requirement mandating testing for marijuana use, such as title which requires a Commercial Driver License,” the NYPD memo continues.

However, an NYPD spokesperson said later in the day that police department leaders were talking with representatives of the Law Department about potential conflicts with the policy and federal law. In the meantime, implementing the policy will be put on hold.

“While these discussions continue, there is no change in NYPD policies, procedures, or testing protocols regarding the use of Marijuana by uniformed members of the service,” the spokesperson announced.

NYPD Chief Keechant Sewell subsequently issued a memo to all commanders noting that cops are still banned from smoking weed, writing that “existing department policies that prohibit the use of marijuana remain in effect. Members of the service are not permitted to use cannabis on or off duty and will continue to be subject to random, scheduled, and for-cause drug screening.”

Jennifer Cabrera, an attorney with the cannabis law firm Vicente Sederberg’s New York office, said that police officers should be free from drug screenings for cannabis.

“Officers of the NYPD should be free to consume cannabis in their free time just like any other resident of New York,” Cabrera wrote in an email to High Times. “Just as officers can enjoy a drink or visit a bar off duty, they should be able to responsibly enjoy cannabis.”

FDNY To End Testing for Pot

The Law Department directive also apparently was issued to leaders at the New York City’s fire department. A representative from the Uniformed Firefighters Association (UFA), the union that represents the city’s firefighters, said that its members would no longer be subject to drug testing for cannabis.

The union went on to note that firefighters are not permitted to be high at work.

“Members are reminded that they must be fit for duty when they report to work, and members may still be subject to testing while at work if they appear unfit for duty,” the union said.

A New York State Police spokesman told reporters that the agency has not changed its policy and would continue to test its officers for drugs including cannabis. Under the policy, officers are subject to both random and scheduled drug testing.

Last year, the National Organization for the Reform of Marijuana Laws issued a statement calling for an end to workplace drug testing for cannabis.

“Suspicionless marijuana testing in the workplace, such as pre-employment drug screening, is not now, nor has it ever been, an evidence-based policy,” wrote NORML deputy dirctor Paul Armentano. “Rather, this discriminatory practice is a holdover from the zeitgeist of the 1980s ‘war on drugs.’ But times have changed; attitudes have changed, and in many places, the marijuana laws have changed. It is time for workplace policies to adapt to this new reality and to cease punishing employees for activities they engage in during their off-hours that pose no workplace safety threat.” 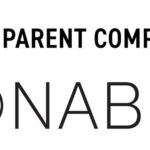 The Parent Company, Nabis Agree to Distribution Partnership
Next Article 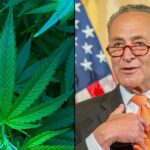 Senate Marijuana Legalization Bill ‘Could Come’ Next Week, But Congressional Sources Push Back On Report About Timeline
Leave a comment Leave a comment