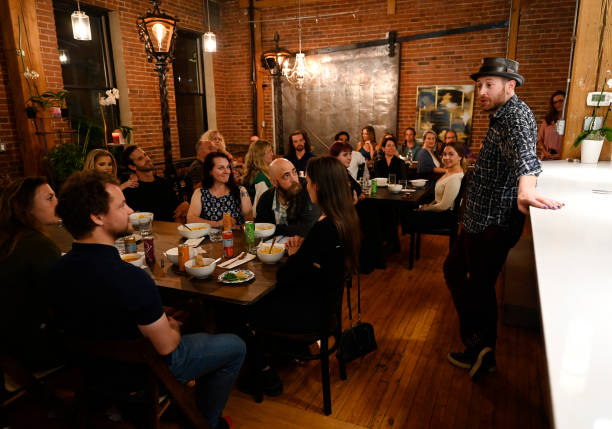 It’s not common to hear from a defendant during an ongoing case, especially when involving felony drug charges. Denver-based Rabbi Ben Gorelick is bucking that norm. Instead, the 42-year-old is using the media to amplify his message about psychedelic ceremonies, as well as their connection to Judaism and numerous other religions.

Aware of the potential legal consequences, Gorelick appeared anything but fazed by the situation when he spoke with High Times in early June. Calm, friendly and confident, the Rabbi said he was ready for his day in court—whenever that may come.

A Religious Awakening Leads To Psychedelics

Religion has always been part of the Gorelick family. The first decade of Ben’s life was spent in a tight-knit Orthodox community in northern New Mexico. At 10, a move to Albuquerque saw the family join a conservative Jewish synagogue when they couldn’t find an Orthodox community nearby.

“I had a very strongly religious childhood and upbringing, which I mostly appreciate,” said Gorelick.

He credits his religious upbringing for driving home critical life lessons, including his small role in a larger society. Despite the largely positive experiences, Gorelick felt his upbringing left him naive, thinking life was fair and equal for all. That viewpoint and his connection to religion waned after moving to Alaska at 17 for college.

He always loved nature, with Alaska making the fondness stronger. Two years in, however, Gorelick’s views would be immensely tested when a close friend died in his arms during an avalanche. The experience and reading Nietzsche propelled him in a direction away from religion. He searched for life’s answers, often ending up in nature.

By 25, he had co-founded Mountain Training School, a program for aspiring mountain guides. He claims that most people can learn about the mountains with four years of training. Developing the needed personal traits to be a mountain guide is more complicated. When shaping the curriculum, Gorelick relied on his religious background—in particular, Mussar, a traditional Jewish spiritual development path for awareness, wisdom, and transformation.

“I stuck a secular skin right over the top of this very old Jewish thing,” he said, adapting portions to resonate with outdoor guide students.

Gorelick left the school In 2015 after 11 years. He claims to have done so to find more opportunities to work with introspection and human growth. To do so, he turned to rabbinical school. Instead of finding religious insights, he felt that “seminary was a law school for 4000-year-old laws.”

Deflated by the experience and other interactions with fellow Rabbis in the years since Gorelick searched for a way to create transcendent experiences. In 2018, he found his answer in Kabbalah, a school of Jewish mysticism. The religion gained mainstream attention in the early 2000s as part of a celebrity religious wave, most notably taken up by Madonna.

Gorelick said that Kabbalah’s underpinning component is breathwork, with ecstatic sound, movement, and psilocybin sacraments playing critical roles. The sacraments reportedly marked the first time the then-38-year-old touched any prohibited drug. His first trip, going down in a friend’s apartment, brought about a life-changing experience.

“That was the very first time in my life I had felt God, like that place of oneness and openness,” he recalled. “Holy shit,” Gorelick added.

He began forming psychedelic circles with other Rabbis and cantors after realizing most of his peers had not experienced anything similar. The Sacred Tribe was formed in late 2019.

“It started out and still exists as a children’s religious school,” the Rabbi pointed out, reporting to have over 1,000 students enrolled today. Like MTS, the school uses Mussar as its model. Minors are not given psychedelic sacraments.

In 2020, an adult component was added. Gorelick said the group chose to make their ceremonies public knowledge rather than operate underground like various other groups he reports are doing so today.

COVID mostly derailed in-person interactions until late 2020. Since then, the group had picked back up, with over 260 members in the adult cohort, with the average member age hovering in the mid-40s.

From Fire Inspection To Felony Charges

By 2021, The Sacred Tribe was holding regular Friday night sacrament ceremonies, with members typically participating once a quarter, according to Gorelick. Working with 39 psilocybin strains, the community aimed to help members with various intentions, from embarking on an inner journey to sparking creativity.

Gorelick, who holds a degree in chemical engineering, said the group never intended to skirt laws. Instead, he said the focus has always been to gain federal religious exemption status via the DEA’s Religious Freedom Restoration Act.

Following the agency’s instructions, Gorelick said there is “the caveat that at some point in time, they’re going to come knocking on your door” to prove the religious practice and ceremonies are genuine. With that day always looming, the group prepared, working with psychedelics professionals to ensure compliance with Colorado and federal laws. The community has partnered with professionals from Johns Hopkins University and various psychedelic labs along the way.

Still, they did not expect their day with the authorities to happen in January 2022.

It all went down during a fire inspection. Gorelick claims the inspector mistook him for a well-known drug dealer in the area. Hours later, a warrant was granted. Authorities searched the group’s facility, apprehending one employee and confiscating every mushroom on-site. Gorelick was arrested weeks later and charged with possession with the intent to manufacture or distribute a controlled substance. If found guilty, he faces a minimum of eight years in prison.

He’s since pushed back on the charges, pointing toward the group’s reputation as evidence of compliance.

“There are no complaints lodged against us,” he claimed.

He claims to follow all regulated standards and guidelines, producing every sacrament in a commercial facility.

“We’re not going to do it in Larry’s closet,” he remarked.

More so, Gorelick points towards Kabbalah’s connection to psilocybin ceremonies. Dating back thousands of years, he contends the group is within its rights and is ready to prove its exempt status. The Rabbi is prepared to demonstrate their efforts have always been spiritual, intentional, and within their rights.

“It still feels like a conversation rather than anything,” he said of the proceedings.

That feeling may come from Gorelick’s confidence or maybe from any remaining childhood naivety he carries about society. In this case, it appears more of the former than the latter. He cites federal laws dating back to the 90s that support Native American tribes using peyote and other psychedelic ceremonies. He claims Colorado law predates the federal ruling his defense may cite.

Gorelick’s court date is slated for late June but could be pushed back. Still, the Rabbi feels the legal process is moving quickly.

“As much as you feel like four months is a long time, it’s a very, very short period in the legal world,” he opined. While awaiting his day in court, a Change.org petition and a GoFundMe for his legal fight have been launched.

More than just his freedom, Gorelick hopes his case earns religious practice its place in the psychedelics conversation alongside medical and recreational use.

The Sacred Tribe continues to practice today using breathwork and dinners as keys to exploration. They continue to explore their connection and options with psychedelics. As Gorelick and The Sacred Tribe figure out their next steps, he praises the support from the Jewish and psychedelic communities. They, and the evidence he’s assembled, give him faith in the days ahead. 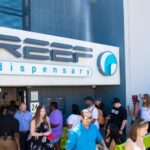 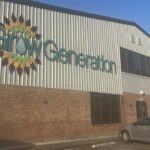