The results of a clinical study were announced on June 15. Conducted by Radicle Science and Open Book Extracts (OBX), the study claims to be one of the largest cannabinoid trials to focus on pain treatment.

The study analyzed 1,629 U.S.-based participants over a four-week period, with the focus of examining “the synergistic impact of rare cannabinoids like Cannabichromene (CBC) and Cannabigerol (CBG) on pain.” Although there are many studies being conducted regularly on the vast topic of medical cannabis, few are conducted as a blind, randomized, controlled clinical trial.

OBX CEO Dave Neundorfer released a statement about providing scientific evidence that will help patients. “We at OBX are fundamentally dedicated to supporting all consumers in their endeavor to feel their best from the inside out through a holistic universe of effective, evidence-based cannabinoid products of the highest quality,” said Neundorfer. “While existing studies suggest that cannabidiol and rare cannabinoids, including CBG and CBC, have considerable potential to support wellness, there has been a glaring gap in scientifically valid research dedicated to guiding effective product development. That’s why we collaborated with the renowned medical experts and data scientists at Radicle Science to better understand the potential of rare cannabinoids as an ingredient and, in particular, their ability to support better quality of life outcomes relating to pain.”

Dr. Jeff Chen, MD, who is Radicle Science’s CEO as well as UCLA Cannabis Research Initiative’s founder and former Executive Director explained the importance of studies such as this one that will pave the way for medical cannabis treatments in the future. “It’s a privilege to make history with OBX,” said Chen. “Rare cannabinoids are present in a variety of health and wellness products containing cannabis and hemp, but there has been virtually no clinical data on their effectiveness for any medical condition, including pain. Radicle Science assessed for the first time in history the potential synergistic effects of certain rare cannabinoids on pain and demonstrated that these natural products can make a measurable positive impact.”

The results of “The OBX Pain Study on CBD and Rare Cannabinoids” found promising evidence of how using CBD along with other cannabinoids, known as the entourage effect, can help strengthen certain treatments. Patients were randomly selected to receive a 40 mg of CBD per serving, but some patients also received varying levels of cannabinoids such as CBG or CBC as well.

Participants were asked to report on their levels of pain, and other relative improvements to “pain severity, general activity, sleep quality, anxiety symptoms and overall quality of life.”

The results report that 44.8% of participants experienced improvement in pain, anxiety, sleep quality and quality of life. Those who experienced moderate pain and were given the 40 mg CBD as well as 20 mg CBC, saw improved pain relief when taken for more than two weeks.

According to Radicle Science Co-Founder and Executive Chair Pelin Thorogood, more studies are being planned for the future. It was promising to see that the addition of a rare cannabinoid could augment the effects of CBD,” Thorogood said. “We will be further exploring the entourage effect with an upcoming study, Radicle Spectrum, which will be the first head-to-head study comparing full or broad spectrum CBD to isolate and placebo. It is our hope this study will provide data to help the FDA ascertain whether CBD isolate is a drug.”

Other interesting studies have been published recently as well, which will continue to bolster the reputation and effectiveness of medical cannabis as a reliable treatment. One such study found evidence that weekly cannabis use has minimal impairment on physical health. A recent South Africa-based clinical trial was announced to examine the relationship between psilocybin on women with HIV and depression. Another identified that medical cannabis reduces cancer patients’ pain and need for opiate treatments. 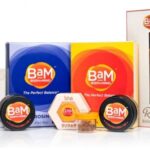 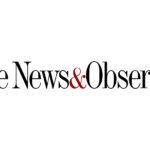