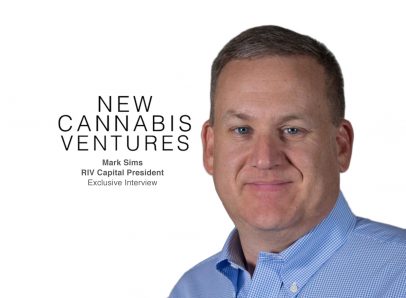 RIV Capital (CSE: RIV) (OTC: CNPOF) has evolved significantly since its inception. The company began as Canopy Rivers, the venture capital arm of Canopy Growth. Canopy Rivers was focused on taking minority investments in the cannabis space, which are still in the company’s portfolio today. About 15 months ago, the team decided to pursue opportunities in the plant-touching cannabis space in the U.S., beginning a series of transactions to uncouple from Canopy Growth. Through that process, the company was able to become independent and free up approximately C$200 million that it could invest in the U.S., according to RIV Capital President and CEO Mark Sims.

About a year ago, RIV Capital secured a $150 million convertible loan from the Hawthorne Collective, a part of Scotts Miracle-Gro. At the time, Sims was with Scotts Miracle-Gro. He joined the RIV Capital board, eventually stepping into the CEO role in March. Along with the announcement of Sims leadership, the company announced its plans to acquire New York cannabis operator Etain. Sims spoke with New Cannabis Ventures about the acquisition and RIV Capital’s plans to become a U.S. cannabis operator.

RIV Capital has closed the non-regulated portion of the Etain deal. Etain is one of 10 cannabis companies licensed for vertical operations in the state, according to Sims. RIV Capital is now working through the regulated portion of the deal with the anticipation of closing within the next quarter or two. Etain has a cultivation footprint in New York and four retail dispensaries.

The medical cannabis market in New York is relatively small, but hopes for the adult-use market are high. New York has significant cultural and financial influence, according to Sims. RIV Capital is looking to establish a foothold in that market as it looks to develop brands and expand its U.S. business.

The company will be looking to build out the cultivation footprint in New York to increase its capacity. RIV Capital is also looking to expand its brand portfolio by bringing well-known West Coast brands to New York. Brands that have been able to carve out success in the competitive California market would be attractive partners for RIV Capital’s New York footprint. Establishing a flagship cultivation facility with high-quality, consistent products and competitive brands in New York will serve as a solid entry into the U.S. adult-use market, according to Sims.

While other markets in the U.S. could be attractive, RIV Capital will initially focus on New York. The team is having discussions with entrepreneurs who are looking to grow, according to Sims. Equity could be a potentially interesting tool for a merger of equals or partnering with private companies looking to grow.

The uncertainty of regulatory progress and factors like 280E remain consistent challenges for U.S. cannabis operators, but the current environment allows cannabis companies to build moats around their state-by-state operations. RIV Capital will focus on doing that in New York. Sims also anticipates that consumers from nearby markets, such as New Jersey, Pennsylvania, Connecticut and Massachusetts, will have the opportunity to come to New York and experience its adult-use market.

Sims spent 15 years with Scotts Miracle-Gro in a number of different roles. During his last three years there, he worked with the company’s strategy and M&A team. His team supported both Scotts’ core consumer business and the Hawthorne Gardening Company, a division that focuses on supplies for the cannabis industry. Sims moved from Scotts Miracle-Gro to his position with RIV Capital. He is joined on the leadership team by other seasoned players, including Chief Strategy Officer and General Counsel Matthew Mundy and CFO Eddie Lucarelli.

In 2021, the Hawthorne Collective invested $150 million in RIV Capital via a convertible loan. Beyond the capital, the relationship with the Hawthorne Collective, and by extension Scotts Miracle-Gro, gives RIV Capital access to strategic support. The relationship could help facilitate introductions with key industry players, and RIV Capital can tap into technical expertise as it designs, builds and optimizes cultivation facilities.

In addition to the Hawthorne Collective, RIV Capital’s investor pool includes a significant number of retail investors. Going forward, the company will be looking to have conversations with investors with long-term outlooks.

RIV Capital is waiting for clarity on adult-use regulations as it moves forward with its plans for the New York market. The company is planning to expand the number of dispensaries in the state, some of which will need to be located in underserved areas, according to Sims. The company is expanding its facility in Chestertown, New York, and it plans to break ground on a flagship cultivation facility in the future to further support demand in the adult-use market.

A large construction project naturally comes with risks, but the RIV Capital team will be closely watching and following the market’s regulatory evolution. As New York operations ramp up, Sims and his team will be monitoring sales, managing its costs and maximizing the efficient and output of its cultivation operations.

To learn more, visit the RIV Capital website. Listen to the entire interview:

Get ahead of the crowd by signing up for 420 Investor, the largest & most comprehensive premium subscription service for cannabis traders and investors since 2013.

Carrie Pallardy, a Chicago-based writer and editor, began her career covering the healthcare industry and now writes, edits and interviews subject matter experts across multiple industries. As a published writer, Carrie continues to tell compelling, undiscovered stories to her network of readers. For more information contact us.

Get Our Sunday Newsletter 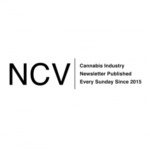