One thing is true of the global cannabis industry. Just when you think that the light at the end of the tunnel is invariably just another train (i.e., at minimum a delay if not a setback) there are glimmers of hope on the horizon. This is certainly true of the British CBD market of late.

Here is the latest zinger. According to polling from an industry group, the Association for the Cannabinoid Industry (ACI), one fifth of British adults have tried CBD flower or oil and 58% of respondents overall believe it has health benefits.

Beyond this, the other data elicited from survey respondents was enlightening, if not a further indication that the British CBD biz is entering a whole new world. This starts with the fact (although unsurprising, given current market dynamics) that a whopping 38% of those surveyed also reported buying their products online.

However, this is far from the only interesting development of late in the UK—and both this and a few other developments are in part the strategic work of the ACI.

Beyond this fascinating market snapshot, the group has been actively bringing together senior members of the political class and recently commissioned a report calling for the government to take a more active leadership in reform to ensure the British industry develops into one that is world class.

Why the U.K. Cannabis Market Is So Interesting

On the other side of the Brexit divide, the British theoretically have more regulatory freedom to pursue new avenues of cannabis reform much more quickly than their neighbors across the Channel. There are several ways this is true—and even better, potential for fast reform exists on both the medical and recreational side. This has been blazingly obvious in just the last weeks as a British Parliamentary group suggested the entire scrapping of Novel Food regulation (at the same time their European counterparts further delayed 19 pending applications).

On the actual product front, beyond the conversation about eliminating the need for one specific and complicated regulation, this has been an interesting spring. The U.K., alone in Europe, has begun to formalize its CBD market—and further in a way unseen across the region (except perhaps in Switzerland right now, also outside of the E.U.).

Here is one of the biggies. It is possible to now advertise CBD products in a way unseen in Germany, for example. This is because the German Narcotic Law still covers CBD. This makes it very difficult to put stakes in the ground (although the landscape is clearly shifting albeit on legal grounds as treacherous as quicksand). The entire conversation about online sales is also proceeding in a way still enveloped in a vague and as a result frequently dangerous legal path in other countries.

Across the water from France, however, and it is clear that at least in some parts of the biz, the Brits are sallying forth in terms of blazing new trails to reform. This is of course true even though many and large complications still abound.

There has been an ongoing strategic conversation afoot in the U.K. ever since 2018 on how best to move the overall topic of full and final reform forward. Some have suggested that a “CBD strategy” was one way to do that—namely jettison anything out of the political push for immediate change with a THC percentage higher than 0.03% (if not zero in the extract and food discussion). This, in combination with medical users who could be counted on to lobby for both CBD and THC legalization, was seen as the best way to move the needle.

It is still unclear if that will be true. The British medical market has languished, in part because of the focus on an exclusive, privately insured segment of the seriously ill. There are, in direct comparison, thousands of legal German patients (even though of course the system here is far from perfect or even close to what it should be).

Beyond this, there are also increasing calls from several influential segments of the country, ranging not just from police chiefs who now dare to buck the status quo, to the mayor of London, and of course, patient and industry associations who are well heeled and politically connected.

What is clear, no matter which segment ends up pushing the needle finally into full reform, is that cannabis legalization in all its many faceted glories is afoot in the U.K. in a new way. And despite the many icebergs still dead ahead, is well on its way to mainstream acceptance by the majority of the population, who also will have access to it one way or another. 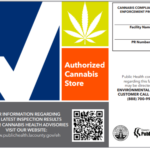 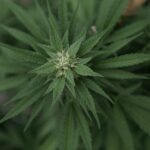