The idea was, on the surface of it all, quite original. Juicy Fields, a cannabis “investment” platform, supposedly connected micro investors with small cannabis farmers to “fund” crop cultivation that was then legitimately sold. Investors were told they could expect returns of up to 66% on their investment in just 90 days. More problematically, investors were also allowed to deposit up to 180.000 euros via bank transfer or crypto investment in the platform without going through required background checks that are standard procedure in both reputable banking and fintech apps.

Suspicious or not, for the past 18 months or so, Juicy Fields was a big thing in the Spanish speaking world (in Latin America and in Spain). The company also established itself over the last year and a half across Europe by throwing sponsorship money at respectable festivals and gatherings. They established offices in Holland and Germany.

Anyone with a banking, finance, or legal background—beyond those in the industry who know where legal cannabis comes from—were suspicious right from the start. But Juicy Fields was smart. It made its presence felt in highly effective ways, particularly in Europe, in 2021. As the world opened up after the pandemic, the chance to feel happy, party with friends, and make money was a tantalizing draw.

If it sounds too good to be true, that’s because it was.

Last Monday, on July 11, remaining company workers went on strike. The company then froze cash withdrawals, preventing investors from reclaiming their money. Many had invested small amounts in the beginning and gone through a few successful rounds where they actually saw returns before committing larger sums. These funds have now disappeared, probably forever. Multiple investors reported taking out loans to fund their Juicy investments.

Company execs steadily disappeared, including scrubbing their profiles online. By Wednesday, the company’s extensive cyber network infrastructure was shut down. Videos have been removed from social media, although their tantalizing promises and headlines still remain.

While the promotional videos have been mostly removed from the internet, Juicy’s mantra is still online. “Grow cannabis. It is profitable!” was their favorite tagline.

In fact, the big Italian-Russian-Columbian “family” behind it all was only interested in one thing. Collecting investors’ cash. Juicy Fields claimed to invest in legal cannabis cultivation—although several industry watchdog groups and consultants found little evidence of the same. The company also strategically attempted to align themselves with more established and reputable firms in the industry (although at this point all have put considerable distance between themselves and Juicy Fields) to back up their claims.

The bank account of the firm was listed in Cyprus. This was no more than a “strategic decision” according to the communications director Zvevda Lauric in May, which “has nothing to do with it being a tax haven.” Lauric has also subsequently left the company.

There were lots of questions, and many rumors, but nobody seemed to have any answers.

Before the final meltdown in the middle of July, the fraud began to unravel after a luxurious, Juicy-funded splash this spring at an industry event in Barcelona. Two Lamborghinis were parked outside the lavish party with the motto “Foster the Future.” Attendees found themselves in a lavish fantasyland with good food and alcohol that flowed freely, with models dressed as blue fairies and blond, wispy hostesses decorating the background. It was certainly pretty but it did not exactly inspire confidence that all was kosher.

In Spain, the local press at least began to report that the company was violating Spanish securities law. The German financial regulator, BaFin, posted a warning on its website on March 30 that the firm had published no prospectus which is required for the sale of any kind of security. As a result, German sales were shut down.

By the end of May, the kitchen was getting unbearably hot, and CEO Alan Glanse, stepped down. In June, he began publicly blaming several Russian nationals for the mounting problems at the company and further denying any responsibility. This is a theme which others, still associated with the company at least on their website, have echoed over the past days—including claiming that they themselves were swindled.

By now, however, the house of cards on which the company built their premise has collapsed. The implosion of the scam has affected literally tens of thousands of investors in Spain, Germany, the U.K., the Netherlands, France, Columbia, and the U.S.—all of whom have now had a shattering and disillusioning experience with the wild and crazy world of legalizing cannabis. According to the Spanish media, which has been increasingly covering the story, 5,000 Spaniards lost hundreds of thousands of euros in what is now being called the largest crypto scam in Spanish history.

A Lack of Accountability

With the exception of Eldiaro.es, up until this week, the cannabis press stayed silent. Nobody dared to say anything publicly. The company appeared to have too much money. Established cannabis firms, including a German distributor, announced multi-million euro deals with the company, some as late as this spring.

That, of course, is now over.

Sadly, however, the real question however, is not whether it will happen again, but when. There are many in the industry who do not want to be named who began discussing the matter privately as early as last year but were shut down by those who defended, invested in, or were sponsored by the company.

At Europe’s new “Cannabis Week” now underway in Berlin, sponsorship placards and name tags no longer bear the name of the now-defunct company, although advertising including their name is still spread all over the country.

The problem, of course, is that nobody said anything soon enough, publicly enough, and with enough authority to prevent what many are calling the first serious scam of the burgeoning and legalizing European industry.

Given what is now happening especially in Germany, the excitement over recreational cannabis reform is only beginning, along with the hype. As a result, the Juicy Fields scandal may be the first of its kind, but sadly, it won’t be the last. 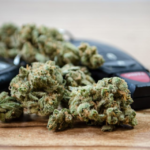 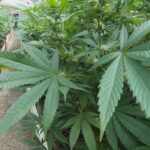