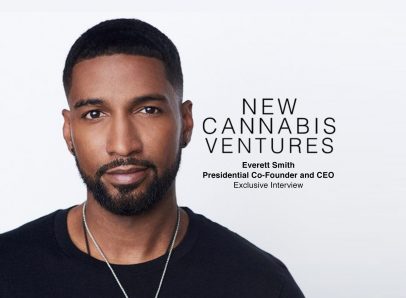 Everett Smith played professional basketball in Europe before co-founding California cannabis brand Presidential. Today, the company sells one of the top pre-rolls in the state, and it is moving into three new states. Everett, CEO of the company, spoke to New Cannabis Ventures about Presidential’s Moon Rocks products, market reach and revenue growth.

From Basketball to Cannabis

Following a number of injuries, Smith left behind his basketball career. While working in Las Vegas, he heard about an opportunity in cannabis. He took a leap of faith and launched Presidential with his partner, John Zapp.

Zapp taught Smith about sales and business, while Smith shared his knowledge of the cannabis industry. Since then, the company has grown and formed a tightknit team that operates like a family business. Felicia Smith, Smith’s wife, heads up sales in the Los Angeles, where Presidential has made a name for itself. Mike Hall leads the company’s manufacturing operations, and Hunter Zapp leads distribution.

Presidential differentiates itself through its product portfolio. The company makes moon rock products. It uses a proprietary process to infuse high-quality organic flower with 90 percent distillate, according to Smith. Then, the product is coated in kief. Presidential’s Moon Rock Pre-rolls are branded as “The World’s Strongest Pre-rolls.”

The company recently launched mini versions of its pre-rolls and blunts: PeeWee Moon Rock Pre-rolls and Blunts. The three brands ahead of the company in California pre-roll sales currently sell packs of mini products. Smith anticipates the PeeWee products will help drive sales for Presidential.

The elimination of the cultivation tax in California will make raw goods less expensive for Presidential, but Smith believes there still remains more work to be done to make cannabis taxation sustainable.

Presidential has finalized deals to launch its brand in Oklahoma, Nevada and Michigan. Co-founder Zapp is from Oklahoma, and the company is in the process of building out its own infrastructure in that market. The company has a building, and it is getting the necessary permits for the buildout process. Smith expects the company to launch in Oklahoma in September.

The company has also finalized deals to launch in Nevada and Michigan. Presidential is launching in Michigan through a partnership it has with a California company that has retail locations in both states. The company’s collaboration partner Moxie introduced the Presidential team to a licensing partner in Nevada.

To date, Presidential has grown organically. As the market matures, the team will consider acquiring assets to expand the brand across the country. Ultimately, the goal will be to build the company’s value and to become an acquisition target, according to Smith.

Presidential has been self-funded up to this point. The leadership team is planning to continue self-funding through this initial phase of multi-state expansion. The company is profitable, and it currently has no debt. After expanding into these new states, the team will reevaluate its position and consider the timing of bringing on outside investors. Smith expects the team will be open to debt or equity, depending on the strategic funding partnership.

The company has steadily grown its revenue over the past several years. In 2018, Presidential did less than six figures. With a full year in 2019, the company’s revenue was close to $1 million. By 2020, that number was up to $6 million, and the next year, it was a little more than $13 million. Smith expects Presidential to hit $18 to $20 million in sales in 2022.

This year, the company’s growth is being driven by its organic expansion and collaboration with other top-tier brands in California. While competition is fierce, Smith is confident that Presidential has a niche product that the market wants. As the company brings its products to new markets, the team will be focused on managing regulatory compliance.

To learn more, visit the Presidential website. Listen to the entire interview: 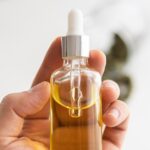 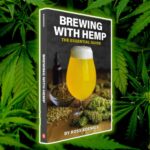