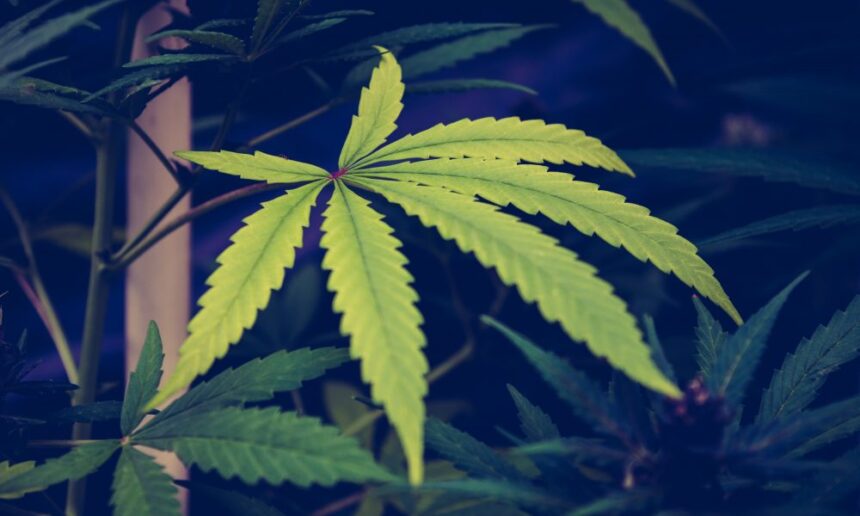 A coalition of current and former marijuana regulators is urging the Justice Department to instate updated guidance to federal prosecutors on cannabis enforcement priorities as an interim step while Congress considers broader legislation to end prohibition.

Ten members of the Cannabis Regulators of Color Coalition (CRCC) sent a letter to top DOJ officials, as well as the president and vice president, on Tuesday that addresses the urgent need to reinstate something like Obama-era guidance that generally recommended that prosecutors use discretion in marijuana-related enforcement for state-legal activities.

As the the coalition points out in the the letter, which was shared exclusively with Marijuana Moment, the 2013 guidance that was later rescinded by then-Attorney General Jeff Sessions during the Trump administration came before any states had launched retail cannabis sales. Now, with 19 states that have legalized for adult-use and the vast majority permitting some level of medical marijuana access for qualified patients, there’s a need to bring back something akin to the so-called Cole memo, CRCC said.

The updated memo should advise federal prosecutors against going after people for “crimes related to cannabis when those activities accord with relevant state law and a reasonable set of regulatory principles intended to promote safety and fairness,” the letter says.

“We share a deep conviction that action from the federal government on cannabis is overdue,” the CRCC members, including current and former marijuana regulators from New York, Massachusetts, Oregon, Los Angeles and elsewhere, wrote. “We propose a relatively simple step that your administration can take to both respect states that do not want legal marijuana and protect law-abiding Americans in states that do.”

“The people we represent across the country care about public health, public safety, corporate accountability, and equity. They want us to dismantle the carceral systems and the drug war’s systemic barriers and replace them with access and opportunity,” the letter continues. “As regulators, we need certainty, active support, and guidance from the federal government.”

The memo “represented a positive shift at the federal level from arrest and incarceration toward a more laissez-faire approach to state-legal activities,” the letter says. “They were important steps in respecting states as laboratories of public policy. Today, however, our experience is that we need more than laissez-faire.”

To that end, CRCC made several recommendations on revising the prior guidance to account for rapid changes in the marijuana policy landscape in recent years.

For example, the coalition said that, beyond reaffirming a position of discretionary enforcement, DOJ should “encourage uniform data collection by states on cannabis markets, laws and regulations, and their efforts to protect federal enforcement priorities and promote equity.” Those efforts—including data collection by states on marijuana business license ownership and control would help law enforcement “uncover bad actors and also allow deeper insight into state-level efforts to ensure that the cannabis industry is equitable and accessible,” they said.

The CRCC members also want the department’s guidance to reflect an understanding that the drug war continues to disproportionately impact communities of color, and so the coalition is requesting that any new memo include provisions to “specify that state regulation of the cannabis industry must ensure that the communities most harmed by prohibition benefit the most from the legal marketplace.”

They are also want to make sure that any enforcement that does occur in the wake of new federal guidance is not carried out on a discriminatory basis, as has been the case with drug enforcement historically.

“DOJ resources, including prosecution, should prioritize enforcement against federal offenses that pose a clear and legitimate threat to public safety, health, equity, or the environment. State-level enforcement efforts must not disproportionately target people of color, especially Black, brown, and Indigenous communities. Efforts to combat impaired driving, for example, must respect civil and privacy rights and treat people consistently regardless of race or economic status.”

“With the current administration having run for office on the promise to reform our outdated war on marijuana and a strong majority in favor of its legalization, it’s time for an updated approach to federal enforcement,” Dawson, who chairs the CRCC, told Marijuana Moment.

“As state and local cannabis regulators, we are encouraged by the Justice Department’s examination of marijuana policy and intent to focus resources away from jurisdictions like ours, where use and sales are lawfully regulated,” Dawson said. “However, we need more than the ‘hands-off’ approach of previous administrations. We are asking for updated guidance that clarifies the importance of racial equity and acknowledges that there is no higher priority related to the regulation of marijuana than to begin to repair the harm to communities most disproportionately impacted by prohibition.”

Attorney General Merrick Garland, for his part, has repeatedly said that he feels that it’s a waste of departmental resources to go after people acting in compliance with state cannabis laws. However, while he’s been asked about the prospects of reinstating the Obama era guidance for federal prosecutors, he hasn’t given a direct answer.

Most recently, Sen. Brian Schatz (D-HI) asked the attorney general about any plans to revive the prior guidance at a hearing and in a follow-up letter. Garland said in response that the Justice Department is “examining” marijuana policy and will be addressing the issue “in the days ahead,” but he didn’t directly comment on reinstating a specific memo.

In a related development, the White House drug czar also said last month that the Biden administration is “monitoring” states that have legalized marijuana to inform federal policy, recognizing the failures of the current prohibitionist approach.

President Joe Biden campaigned on a cannabis platform of decriminalization, rescheduling, respecting states’ rights and other modest reforms, though he remains opposed to adult-use legalization and has yet to take meaningful action on his prior pledges.

Garland’s reaffirmation of the Justice Department’s discretionary enforcement protocol for marijuana at the April hearing came on the same day that President Joe Biden made his first clemency action since taking office more than a year ago. The president granted clemency to dozens of people with non-violent federal drug convictions on their records.

While there have been calls for mass clemency for those with non-violent federal cannabis convictions, the attorney general’s recently appointed U.S. pardon attorney told Marijuana Moment last week that it’s up to Biden to initiate that kind of process.

Meanwhile, a bipartisan group of congressional lawmakers filed a bill in April that would direct the attorney general to create a commission charged with making recommendations on a regulatory system for marijuana that models what’s currently in place for alcohol.

While Garland has made clear that he doesn’t feel it’s appropriate to federally prosecute people who use marijuana, he hasn’t acted on calls from certain lawmakers to initiate the process to decriminalize marijuana.

Read the letter on federal marijuana guidance that was sent to DOJ and the White House below: 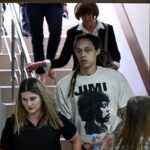 WNBA star Brittney Griner pleads for help in letter to Biden: “I’m terrified I might be here forever”
Next Article