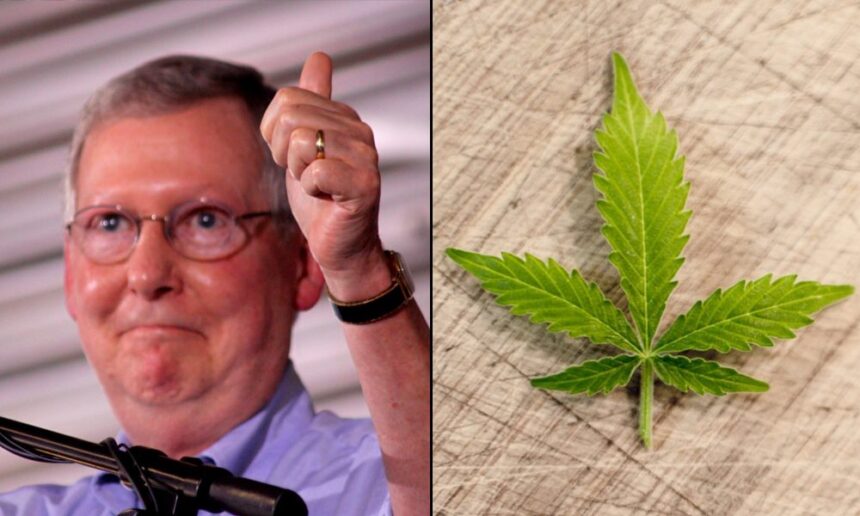 While the text of the National Defense Authorization Act (NDAA) has not yet been posted, Senate Majority Leader Chuck Schumer (D-NY) and a bipartisan group of lawmakers have been pushing to include language from the Secure and Fair Enforcement (SAFE) Banking Act, and possibly additional cannabis reforms.

McConnell said Democrats should have used their majorities to move that legislation on a standalone basis outside of the defense legislation if they wished to enact it.

Disagreements over other, unrelated provisions of the NDAA caused the House Rules Committee to delay consideration on Monday. It’s unclear when the final text will be released.

“House and Senate Democrats are still obstructing efforts to close out the NDAA by trying to jam in unrelated items with no relationship whatsoever to defense,” McConnell said on the floor on Tuesday. “We’re talking about a grab bag of miscellaneous pet priorities—making our financial system more sympathetic to illegal drugs or the phony, partisan permitting reform and name-only language that’s already failed to pass the Senate earlier this year.”

“If Democrats wanted these controversial items so badly, they had two years to move them across the floor,” he said. “Heck, they could have scheduled those matters for votes this week. But no, we’re doing more mid-level nominations, while Democrats keep threatening to take our Armed Forces hostage over those extraneous matters.”

McConnell has consistently called out Democrats for pursuing modest cannabis reform as part of broader legislation, including earlier this year when SAFE Banking was attached to the House version of the America COMPETES Act.

Meanwhile, details about the so-called SAFE Plus package that lawmakers have been negotiating are emerging, including the potential inclusion of language on gun rights for marijuana consumers. The cannabis reforms could still make it into NDAA, or be advanced through separate omnibus appropriations legislation, or even as a standalone, before the end of the year.

Talks over the cannabis deal have been intensifying in recent weeks, and they were complicated in part by a Justice Department memo to senators outlining concerns about marijuana banking reform that sources told Marijuana Moment have since been resolved. Key GOP senators met with DOJ to discuss the issues on Monday, Politico reported.

The House already approved its version of the defense legislation earlier this year, with the language of the SAFE Banking Act included, but it was uncertain whether the Senate would go along with it, especially amid calls for more comprehensive reform.

NDAA is now being pursued through a separate, unrelated legislative vehicle that was already passed by the Senate, which previously refused to sign off on passing cannabis banking reform as part of the prior year’s bill in 2021—but the political dynamics have shifted considerably since then.

Schumer has dedicated significant time to negotiations over SAFE Plus, and the fact that Republicans reclaimed the majority in the House following last month’s elections added urgency to advancing some kind of cannabis reform during the lame duck session.

The expectation is that SAFE Plus, in whatever form it is ultimately introduced, will include the SAFE Banking Act, which provides protections for financial institutions that work with state-legal marijuana businesses, and the bipartisan Harnessing Opportunities by Pursuing Expungement (HOPE) Act, which would incentivize state-level cannabis expungements.

Sources have been telling Marijuana Moment for the past several months that lawmakers have been discussing adding in language to protect Second Amendment rights for cannabis consumers by exempting people in legalized states from a federal restriction that bars any “unlawful user” of a controlled substance from owning a firearm. Politico reported on Monday that the current negotiated package does, in fact, include the Gun Rights And Marijuana Act (GRAM) Act.

Meanwhile, at the request of certain Senate offices, the Justice Department wrote a recently disclosed memo earlier this year outlining areas of the SAFE Banking Act that it identified as potentially problematic. While Senate sources said that those issues have been fixed in the latest language, some GOP senators arranged a meeting with DOJ on Monday to go over the concerns.

Those lawmakers who met with department officials were Sens. Pat Toomey (R-PA), Jim Inhofe (R-OK) and Chuck Grassley (R-IA), according to Politico.

Rep. Ed Perlmutter (D-CO), the House sponsor of the SAFE Banking Act, said last week that he sees signs that the Senate will finally act on the legislation during the lame duck session—but he cautioned that he’s “been disappointed before.”

Daines said that senators have been specifically addressing “questions [around] fairness, as it relates to income qualifications for a mortgage and so forth” to protect workers in the cannabis industry from being denied financial services as a result of their employment. The senator would “like to see some of those changes,” he said.

For his part, Brown said more recently that he had hoped the banking reform legislation would be included as an amendment to NDAA. Sen. Rand Paul (R-KY), a proponent of ending prohibition, also told Politico that he believes there’s enough support for the SAFE Banking Act, “even as a standalone.”

Schumer had said in October that Congress was getting “very close” to introducing and passing the marijuana banking and expungements bill, citing progress he’s made in discussions with a “bunch of Republican senators.”

Sen. Cory Booker (D-NJ), meanwhile, said following the election that Democrats who want to enact cannabis reform must either do it “now” during the lame duck session or wait until “many years from now” when his party has a shot at controlling Congress again.

Booker previously opposed moving marijuana banking reform before Congress effectively ended prohibition with an eye toward equity. But he softened his position in recent months, becoming increasingly open to moving the incremental legislation.

For some advocates, support for the so-called “SAFE Plus” package will be largely contingent on the details of changes to the banking language, as they’re discontent with the current provisions that have passed the House in some form seven times now.

They’re further called for changes to require banks that work with the cannabis industry to demonstrate non-discrimination in lending, as Supernova Women Executive Director Amber Senter wrote in a recent op-ed for Marijuana Moment.

These amendments align with some of the SAFE Banking Act recommendations that Cannabis Regulators of Color Coalition (CRCC) outlined in a paper sent to legislative leaders in August.

The Independent Community Bankers of America (ICBA), meanwhile, sent a letter to Senate leadership last week, calling for a floor vote on the SAFE Banking Act “without further delay” by the year’s end.

“This legislation enjoys strong, bipartisan support, would resolve a conflict between state and federal law, and addresses a critical public safety concern,” ICBA, which commissioned a poll demonstrating that support earlier this year, said. “We urge its enactment without further delay.” 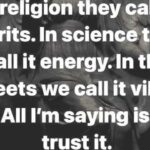