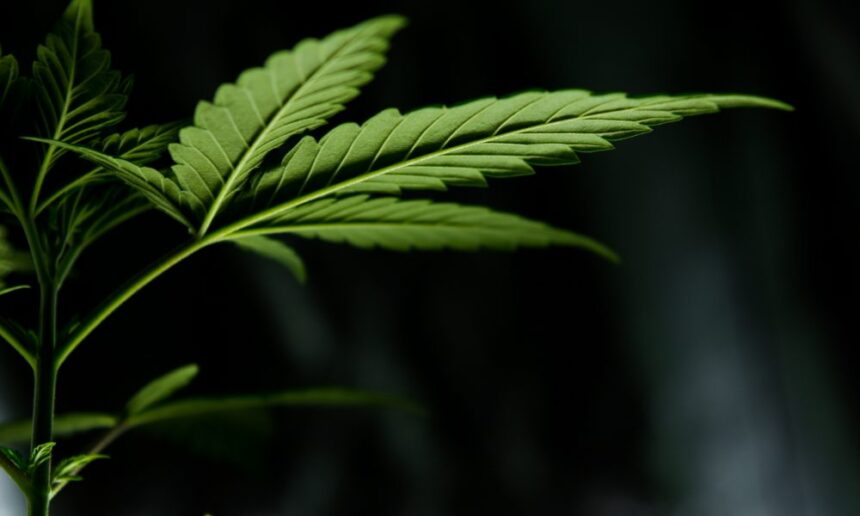 “The chief equity officer is really, really important to this process. This is going to be watched and scrutinized very closely because of the situation with medical [marijuana].”

As the owner of a private cannabis consumption lounge in St. Louis, England understood why people thought he’d have a “go weed or go home” stance.

But it wasn’t that simple for him.

He actually voted against the measure, which appeared on the ballot as Amendment 3.

“This is not a day of celebration for me, but a day of preparation,” England, state director of Minorities for Medical Marijuana Missouri, wrote on Facebook two days after the election. “The fight for an equitable and accessible cannabis industry in Missouri is not over.”

Amendment 3 created a schism among social-justice activists like England who typically land on the same side of issues—and tension is still brewing in the wake of its passage.

The divide was largely over the question of equity.

Was Amendment 3 going to uplift disadvantaged communities by getting rid of minor marijuana charges imprisoning those who can’t afford bail? Was it going to give minority business owners a piece of the pie?

Or was it going to enshrine criminal marijuana infractions into the constitution and cement an already distrusted, inequitable business licensing system in place, ensuring that the rich just get richer?

One of the first steps in potentially mending that divide is the appointment of a chief equity officer within 60 days of the measure’s effective date on December 8.

Much rides on who is selected for the position by the Department of Health and Human Services, the state agency tasked with overseeing the marijuana program.

“The chief equity officer is really, really important to this process,” said Justice Gaston, a spokesperson for the Legal Missouri 2022 campaign. “This is going to be watched and scrutinized very closely because of the situation with medical [marijuana].”

The chief equity officer will oversee the equity measure that Amendment 3 supporters boast to be the first of its kind in the nation—a microlicense program designed to boost opportunities in the industry for businesses in disadvantaged communities.

That person is also responsible for educating the public about the program and potentially producing reports about minority participation in marijuana industry.

While Gaston is a paid employee with the Legal MO campaign, she also leads the Kansas City advocacy group Reale Justice Network, which provides bail-out support for mothers who are often imprisoned on nonviolent marijuana charges. She and others in her organization strongly believe Amendment 3 will improve lives, and they plan on making sure it’s an equitable process.

“This is our baby,” Gaston said, “and so it’s just been birthed, and we want to make sure that our baby is strong.”

But England and others argue Amendment 3 doesn’t have the legal teeth to ensure minority inclusion in the industry.

“There are no incentives or repercussions for existing license holders to have adequate and effective social-equity provisions,” England wrote in his Facebook post, “so Legal MO’s chief equity officer is going to have to be quite the charmer.”

What does the chief equity officer do?

DHSS will soon be posting the equity officer position to MoCareers, the state’s job board, and it will be “filled through the normal competitive hiring process,” a department spokesperson said.

By law, the department must select someone by February 6.

And while some are looking to their state legislators to push for an equity officer with integrity, Amendment 3 also states that “elected officials” can’t “interfere directly or indirectly” with the department’s facilitation of the marijuana program.

One of the first things the equity officer will do is help design the microlicense application process. The department has 300 days from December 8 to issue the first set of microlicenses, a minimum of 48.

Then 270 days after the department begins issuing the licenses and the equity officer ensures they went to eligible applicants, the department will issue another 48 licenses. Repeat on the 548-day mark, and that brings the total to 144 microlicenses at minimum.

In each round, there will be at least six microlicenses issued in each of the state’s eight congressional districts — at least two for dispensaries and at least four for wholesale facilities.

Applicants have to meet one of six requirements: Have lived below the poverty line three of the last 10 years, be a disabled veteran, have been convicted of a non-violent marijuana charge in the last year or be the spouse or guardian of such person, live in an area with high poverty or high marijuana incarceration rates, or have graduated from an unaccredited school district.

Adolphus Pruitt, president of the St. Louis City NAACP chapter, was among those who pushed for the microlicense program and its application requirements.

Currently, one of the biggest struggles for many smaller medical marijuana companies is obtaining capital, Pruitt said. Marijuana is still illegal on a federal level, so bank loans are not an option.

“For somebody who has not had the finances and the ability to compete with the bigger folks, we see those microlicenses as no different from microbreweries in the beer business,” he said.

Addressing racial disparities in the industry

The NAACP was a prime example of the rift Amendment 3 caused.

While some local chapter leaders like Pruitt supported it early on, the Missouri NAACP announced its opposition in late September and issued the Legal MO campaign a cease-and-desist letter to keep the NAACP logo off its promo materials.

Nimrod Chapel Jr., president of the Missouri NAACP, told The Independent in September that the proposal had the financial backing of many of the state’s largest medical marijuana license holders who are trying to “carve out the entire market for themselves.”

“They’re certainly Caucasian run, led and owned,” he said of the current medical marijuana license holders, “and minority participation has been completely left out of the equation.”

At the heart of the opponents’ concern with Amendment 3 are caps on licenses to grow, transport and sell marijuana that were imposed by state regulators after voters created Missouri’s medical marijuana program in 2018.

The state decided to only issue the minimum number of licenses allowed for medical marijuana—60 cultivation licenses, 192 dispensary licenses and 86 manufacturing licenses. Since then, the state has issued around 20 additional licenses, including some which were ordered to be issued by the administrative hearing commission due to irregularities in the application scoring process.

Democratic state Sens. Steve Roberts and Karla May of St. Louis say they spoke directly with DHSS leadership in early 2019 asking for the application process to include the Minority Business Enterprise (MBE) program, which would give a set amount of bonus points in a competitive bidding process to businesses that are at least 51 percent owned and controlled by one or more minority persons.

The trade association also encouraged DHSS to focus on diversity in ownership as well.

“For most large State of Missouri contracts, everything from IT services to road construction, some consideration, including points, are awarded for MBE/WBE participation,” according to an April 23, 2019 letter from Andrew Mullins, executive director of MoCannTrade, to the medical marijuana advisory committee. “Medical marijuana licensing should not be excluded from these same considerations.”

Those requests were ignored.

Under Amendment 3, new license applicants—not current medical marijuana license holders who will be grandfathered into adult-use licenses—can submit “voluntary plans” on ways to promote minority inclusion. But it’s not a prerequisite.

Roberts told The Independent after the election that the department has yet to make any significant effort to fix the racial disparity in licensing.

“We will continue to fight for equity,” Roberts said.

Pruitt is hopeful an annual report the chief equity officer will likely help compile could be the path forward for minority inclusion goals.

By January 1, 2024, the measure states the department shall prepare a publicly available report that provides “aggregate data for each type of license.”

Pruitt says the report should include demographic characteristics of business owners and their employees—which would put the state one step closer towards weighing racial diversity in the license application process.

But in order for Missouri to stave off court challenges against such a move, the state must conduct a “disparity study.” Pruitt said the aggregate data would serve the same purpose as a disparity study.

“Without having data, there ain’t much we can do,” Pruitt said. “If the state enacts [minority participation] goals without data, they sue and we lose. We’ve been down that road before.”

A DHSS spokesperson confirmed that the chief equity officer will likely contribute to the annual report, “but the content of the report has not yet been developed.”

This story was first published by Missouri Independent. 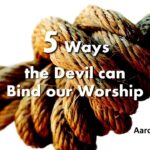