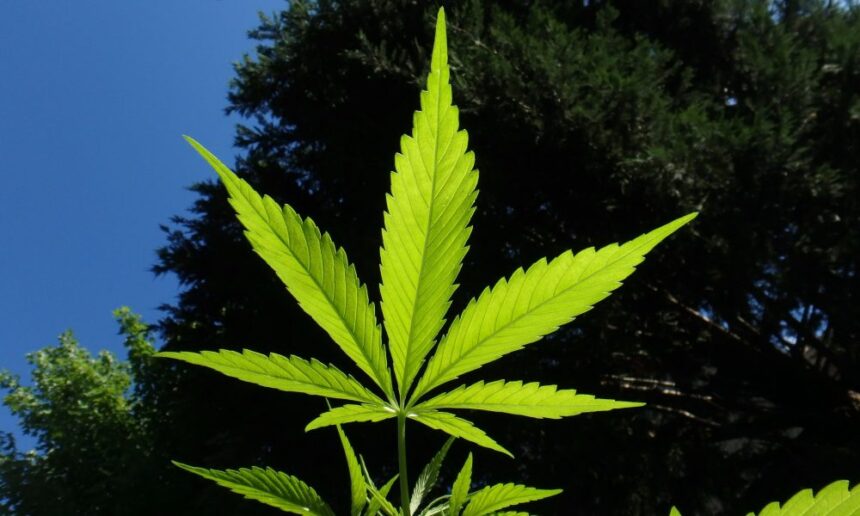 Adolescent marijuana use in Colorado declined significantly in 2021, according to the latest version of a biennial state survey released on Wednesday.

The Colorado Department of Public Health and Environment’s (CDPHE) Healthy Kids Colorado Survey found that young people were 35 percent less likely to use cannabis in 2021 than in prior years, continuing a trend that contradicts prohibitionist arguments that legalization would lead to skyrocketing youth consumption.

Colorado was one of the first states to legalize marijuana for adult use, and so data on underage consumption has been a focal point for both advocates and opponents of reform. What this latest survey shows is a substantial decline in use for high school students over the past two-year period.

To be sure, the data on significant reductions on marijuana use for those under the legal limit in the most recent time period covered is likely influenced by the fact that the coronavirus pandemic has kept students in socially restricted settings—consistent with analyses of federal survey findings on drug trends amid the health crisis.

Still, advocates say that the survey data over time going back to 2013 reflects a broader trend with respect to marijuana, demonstrating how regulating access for adults minimizes the risk of adolescent cannabis use.

In the new report, CDPHE found that just over 13 percent of those students surveyed said that they’ve used marijuana in the past 30 days. Compare those to nearly 20 percent in 2013, when the department’s biennial survey launched.

Marijuana Moment chart, using CDPHE data (Note: Ages 16 and 17 were in separate categories for 2021 but are averaged here.)

In 2019, nearly 21 percent of adolescents surveyed said that they’d consumed cannabis in the past 30 days.

There’s room for interpretation of the new results, given that the COVID-19 outbreak created a climate where adolescents were home with their parents and largely unable to socialize—and potentially experiment with marijuana—given quarantine restrictions. But the through-line since 2013 has been largely consistent: Youth use has not shot up, as opponents feared, post-legalization.

“These data are consistent with data showing that marijuana regulation policies can be implemented in a manner that provides access for adults while simultaneously limiting youth access and misuse,” Paul Armentano, deputy director of NORML, told Marijuana Moment.

“These findings ought to reassure lawmakers and others that cannabis access for adults can be regulated in ways that do not inadvertently impact young people’s habits,” he said.

In addition to asking about whether they themselves have actually used marijuana, the new study also finds that just over 40 percent of students said in 2021 that it would be easy to get their hands on cannabis if they wanted it. That is down considerably from the nearly 55 percent who said so in 2013, prior to regulated sales beginning.

Another notable datapoint in the survey concerns whether teens say they view regular marijuana use as risky. In the most recently biennial data, more than 60 percent said they see consuming cannabis often as having “moderate or great risk of harm. Back in 2013, the figure stood at only 54 percent.

That, too, runs counter to the prohibitionist narrative that the end of criminalization for adults would cause kids to see marijuana as a safe behavior.

Additionally, the percent of students who say their parents or guardians feel it would be wrong for them to use cannabis has also increased since legalization took effect.

Colorado’s former governor, who currently serves in the U.S. Senate, was an opponent to the state’s voter-approved legalization measure, in large part because he feared that the policy change would encourage youth use.

But after seeing that that didn’t appear to be the case—and, in fact, legalization seemed to encourage older demographics to try cannabis–he’s become an outspoke advocate for reform.

“I think we created a pretty good framework. Most of the other states have either followed it or wished they followed it,” Sen. John Hickenlooper (D-CO) said earlier this year, adding that “a big focus for me was I was so nervous about kids,” including his own younger children, who might “use marijuana more frequently” if the state legalized.

“I think we’ve proven and demonstrated that there is no increase in experimentation among teenagers. There is no change in frequency of use, no change in driving while high—all the things we most worried about didn’t come to pass,” Hickenlooper said.

Why aren’t underage people using cannabis more in states that have legalized?

It’s a challenging question to answer summarily, but advocates have long argued that providing regulated access to marijuana at stores where there are requirements to check ID, for example, would mitigate the risk of adolescent consumption.

A recent study out of California found that “there was 100 percent compliance with the ID policy to keep underage patrons from purchasing marijuana directly from licensed outlets.”

The report points to studies that plainly contradict claims often made by prohibitionists that creating regulated cannabis markets would lead more underage people to consume marijuana.

One of the most recent federally funded surveys on the topic stressed that youth marijuana use “decreased significantly” in 2021, as did teen consumption of illicit substances overall.

The 2020 federally funded Monitoring the Future survey further found that cannabis consumption among adolescents “did not significantly change in any of the three grades for lifetime use, past 12-month use, past 30-day use, and daily use from 2019-2020.”

Another federally funded study, the National Survey on Drug Use and Health (NSDUH), was released in October showing that youth marijuana use dropped in 2020 amid the coronavirus pandemic and as more states moved to enact legalization.

Further, an analysis published by the Journal of the American Medical Association in September found that enacting legalization has an overall impact on adolescent cannabis consumption that is “statistically indistinguishable from zero.”

The U.S. Department of Education’s National Center for Education Statistics also analyzed youth surveys of high school students from 2009 to 2019 and concluded that there’s been “no measurable difference” in the percentage of those in grades 9-12 who reported consuming cannabis at least once in the past 30 days.

In a separate, earlier analysis, the Centers for Disease Control and Prevention found that marijuana consumption among high school students declined during the peak years of state-legal recreational cannabis legalization.

There was “no change” in the rate of current cannabis use among high school students from 2009-2019, the survey found. When analyzed using a quadratic change model, however, lifetime marijuana consumption decreased during that period.

Another study released by Colorado officials in 2020 showed that youth cannabis consumption in the state “has not significantly changed since legalization” in 2012, though methods of consumption are diversifying.

An official with the White House Office of National Drug Control Policy’s National Marijuana Initiative went even further in 2020, admitting that, for reasons that are unclear, youth consumption of cannabis “is going down” in Colorado and other legalized states and that it’s “a good thing” even if “we don’t understand why.”

Hexo announces it will be laying off 450 people after revenue fall
Next Article Snake Venom and Cannabis: Kenya’s Economic Salvation?
Leave a comment Leave a comment