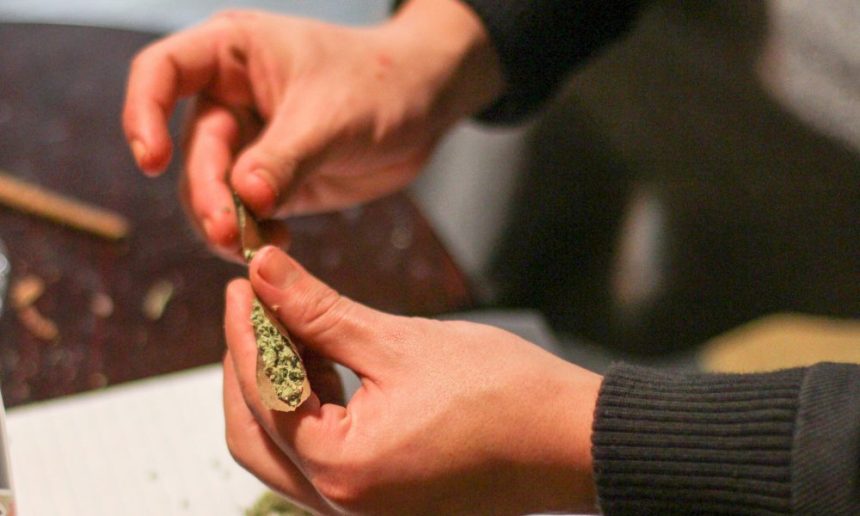 It doesn’t appear that the White House is eager to weigh in on a proposal advancing in Congress to stop denying people security clearances over past marijuana use.

During a press briefing on Thursday, National Security Council (NSC) Coordinator for Strategic Communications John Kirby was asked about an amendment that the Senate Intelligence Committee adopted as part of a broader bill to revise the cannabis-related guidelines for intelligence community workers at agencies like CIA and NSA.

The amendment from Sen. Ron Wyden (D-OR) isn’t a novel concept. Even top intelligence officials have complained about how hiring and security clearance policies related to marijuana have created staffing complications, as people can be denied such clearance just because they admit to past cannabis use as part of the background check process.

But asked by a reporter if the administration has “a position” on the issue, Kirby demurred.

“You’re going to have to let me take that question, sir. I don’t have anything for you on that,” Kirby, who is a retired Navy rear admiral and former Pentagon spokesman, said before quickly calling on another reporter.

Wyden’s amendment to the Intelligence Authorization Act was adopted unanimously by the committee. The text hasn’t been released yet—and the full bill must still pass through both chambers of Congress before potentially heading to the president’s desk—but the senator described it as “a common-sense change to ensure the IC can recruit the most capable people possible.”

The White House has faced significant criticism over relative inaction on the cannabis reform front. Early in the Biden administration, reports that staff had been terminated or otherwise punished because of their own admissions about previous marijuana use drew the ire of advocates.

There was some hope among advocates that a president who campaigned on reforms like decriminalization and rescheduling would at least abstain from punishing people who were honest about doing something that a majority of American adults, and past presidents and the sitting vice president, have done.

In February, the White House Office of Personnel Management (OPM) issued a memo to federal agencies that says admitting to past marijuana use should not automatically disqualify people from being employed in the federal government.

But even so, the administration more recently made clear that people who want to even intern at the president’s office will be required to disclose prior drug use—including any cannabis consumption that was legal under state law—and they could be denied eligibility over it.

Wyden’s amendment is more targeted, applying to intelligence agencies, but even that appears to be something that the White House is either ignorant to or unwilling to take a stand one way or the other.

Marijuana Moment reached out to the White House for comment, but a representative did not respond by the time of publication.

With respect to the earlier reports about the administration taking adverse action against staff who said they used marijuana in the past, then-Press Secretary Jen Psaki attempted to minimize the fallout over the personnel policy, without much success, and her office also stressed that nobody was fired for “marijuana usage from years ago,” nor has anyone been terminated “due to casual or infrequent use during the prior 12 months.”

However, she consistently declined to speak to the extent to which staff have been suspended or placed in a remote work program because they were honest about their history with marijuana on the federal background check form.

A press release from Wyden’s office on the amendment says that the proposal would prohibit “denial of a security clearance to IC personnel based solely on past use of cannabis.” It also suggests that he is prepared to push for even broader changes that would allow people who currently use marijuana to work in the intelligence community instead of just aiding people who have consumed in the past.

“Senator Wyden will continue to fight to ensure that ongoing cannabis use is not the basis for denying or losing a clearance,” the release says.

Barring people from receiving security clearances just for being honest about prior marijuana use significantly decreases the pool of potential applicants for critical roles, especially considering that a majority of Americans have tried cannabis at least once and more states have moved to legalize the plant for medical or recreational use.

Prior to the House vote to pass a federal marijuana legalization bill in April, Rep. Jamie Raskin (D-MD) filed an amendment to require federal agencies to review security clearance denials going back to 1971 and retroactively make it so cannabis could not be used “as a reason to deny or rescind a security clearance.” But that measure was narrowly defeated in a floor vote.

Late last year, the director of national intelligence (DNI) issued a memo saying that federal employers shouldn’t outright reject security clearance applicants over past use and should use discretion when it comes to those with cannabis investments in their stock portfolios.

A spokesperson in the DNI’s office told Marijuana Moment at the time that “increased legalization of marijuana use at state and local levels has prompted questions on how the federal government treats an individual’s involvement with marijuana to determine eligibility for national security positions or access to classified information.”

Meanwhile, FBI updated its hiring policies in 2020 to make it so candidates are only automatically disqualified from joining the agency if they admit to having used marijuana within one year of applying. Previously, prospective employees of the agency could not have used cannabis within the past three years.

Former FBI Director James Comey in 2014 suggested that he wanted to loosen the agency’s employment policies as it concerns marijuana, as potential skilled workers were being passed over due to the requirement.

“I have to hire a great work force to compete with those cyber criminals and some of those kids want to smoke weed on the way to the interview,” he said at the time.

For its part, the Drug Enforcement Administration continues to enforce its policy of automatically disqualifying applicants who’ve used marijuana in the prior three years before applying.

Federal agencies have taken different approaches to employment policies with the ever-changing marijuana landscape in the U.S.

For example, the Environmental Protection Agency (EPA) recently reminded its workers that they are prohibited from using marijuana—or directly investing in the industry—regardless of state law and changes in “social norms” around cannabis.

In May, a congressman sent a letter to the head of the U.S. Department of Transportation, stating that the agency’s policies on drug testing truckers and other commercial drivers for marijuana are unnecessarily costing people their jobs and contributing to supply chain issues.

Relatedly, a top Wells Fargo analyst said in February that there’s one main reason for rising costs and worker shortages in the transportation sector: federal marijuana criminalization and resulting drug testing mandates that persist even as more states enact legalization.

Meanwhile, in April, a top federal health agency proposed changes to drug testing policies for federal workers to clarify that having a doctor’s recommendation for medical marijuana or any other Schedule I drug is not a valid excuse for a positive drug test.

Also earlier this year, a coalition of more than two dozen congressional Democrats filed bill on promoting workplace investment to combat climate change, and they said they want to boost the workforce nationwide by protecting people in legal marijuana states from being penalized due to federal drug testing policies. 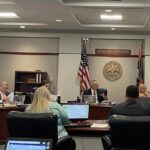 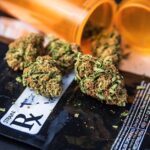